…as the Ukraine government belatedly realizes:

The Ukrainian government will give weapons ” to anyone who wants to defend the country”, it has said, in the aftermath of Russia expanding its war in the country’s eastern territory.

Amid reserve forces being mobilised and sent to fight the expanding Russian occupation of Ukraine’s eastern territories, the Kyiv government is taking steps to dramatically increase the supply of available fighters, promising to hand weapons to anyone willing to take up arms in defence of the nation. Joining the resistance is simple too, the government says — all you need is your passport and a willingness to fight.

Says it all, really.  And it’s not even “well regulated”:

Yesterday, Ukraine’s parliament passed a bill considerably liberalising ownership of firearms for civilians and making explicitly clear this change in law was in response to the dangers the country faced. As reported, the bill “establishes the basic rights and responsibilities of individuals”, liberalises ownership, but also “increases the responsibility for their illegal use”.

Yeah, it used to be almost impossible for Ukrainian citizens to legally own guns.  Funny how that works, innit? 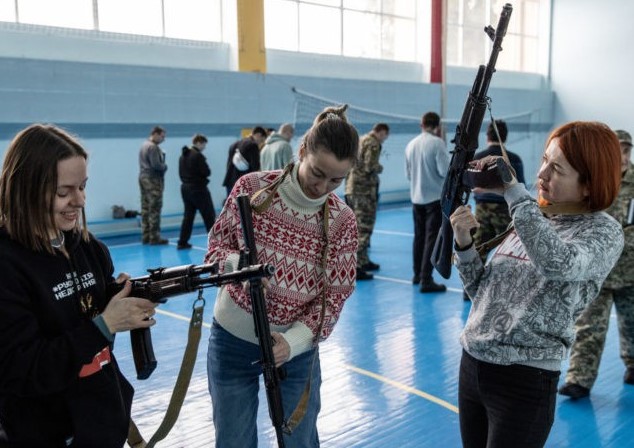