(It’s an 8-hour video, watch it in segments or by race.)  The only thing which spoiled it for me was the ubiquitous appearance of facemasks — okay, also the lack of crowds, because only Monegasques (citizens of Monaco) were allowed to watch because of you-know-what.

The cars and races are grouped by era, and the first race (post-WWI to1961 F1 cars only) made parts of me tingle that haven’t tingled in years (Maserati 250F, oh yeah baby): 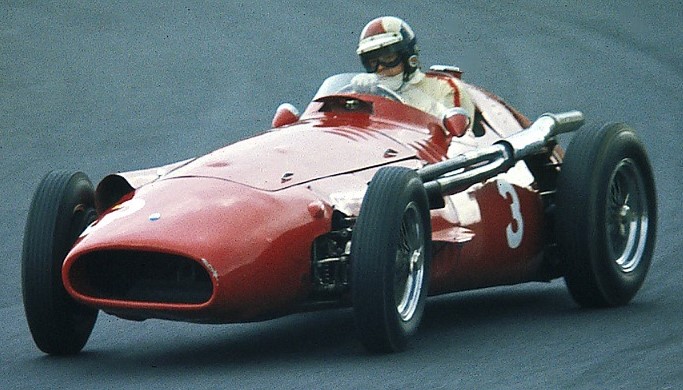 One of the most beautiful race cars ever made. 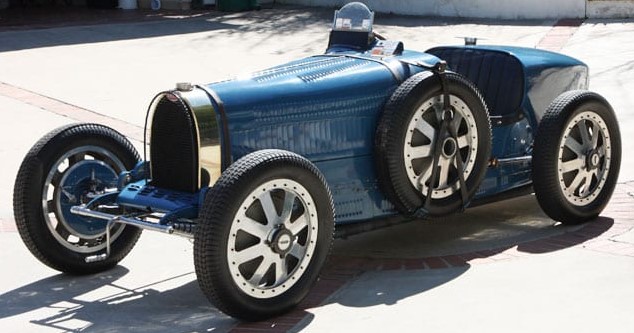 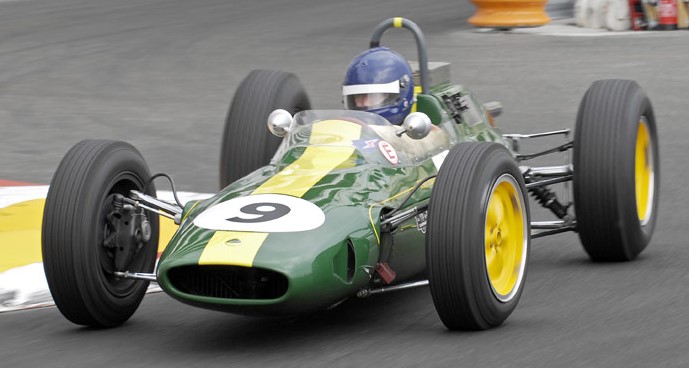 Race 4 (1966-1972 era) was the time when aerofoils made their first appearance in F1 — and turned the cars from tubular shapes (like the Lotus above) into space-age machines, with wider tires as well.  Also, the engines grew from four-cylinder 1500cc into flat-12 three-liter monsters, and (other than Ferrari) the marque names changed a little, too:  McLaren, Surtees, Brabham…  and here’s the Matra 120C: 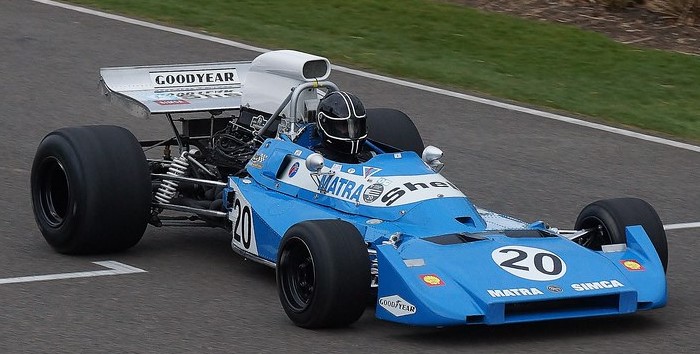 The cars are getting wider, here:  in earlier eras, the cars could fit three across the track, comfortably.  No more. 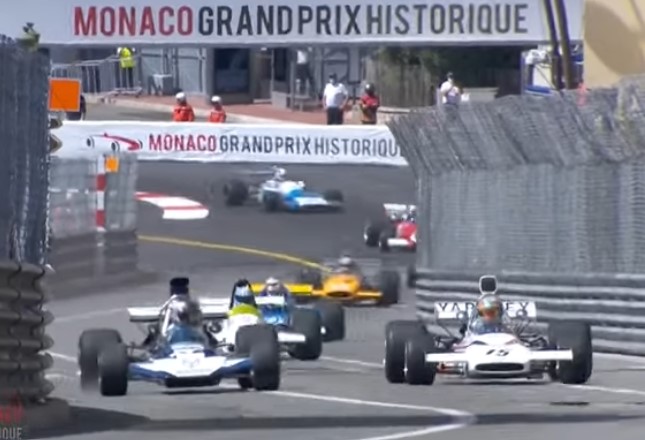 Anyway:  let me not go on and on — watch the whole thing for yourselves.  And enjoy… I certainly did.  And from a later race, here’s an Aston Martin DB3S:

And if that doesn’t make your bits tingle, I don’t wanna talk to you no more.