I’m going to exclude the “classical” / nylon-stringed types, because quite frankly I know nothing about the type, never having played classical guitar nor even been a fan of the genre.  (Yeah, John Williams, Andres Segovia, Julian Bream… I have a few of their albums but mostly for background listening.)

Let’s talk about the others.

I’ve always been a fan of “big box” a.k.a. “dreadnought”-style guitars such as the Martin D45 (D for dreadnought):

…which are the Rolls-Royce, if you will, of box guitars.  The Gibson J200 (J for jumbo, geddit?) is the Bentley of the same:

Myself, I prefer the Gibson Jumbo shape (those curves remind me of a recumbent Sophia Loren hubba hubba).   For those who care not for the shape, Gibson’s squared-off dreadnought style should do, e.g. the Hummingbird:

I should point out that Gibson acoustic guitars are not made in the “regular” Gibson plants in Tennessee etc., but at their custom shop in Wyoming.  As far as price goes, they are only marginally less expensive than Martin.

Changing gears a bit, I have to confess that while the booming sound of the dreadnoughts and jumbos are a personal liking, I also enjoy the compact, compressed sound of the Ovation round-backed acoustics:

As a rule, they’re also a little less fragile than your regular-built acoustics because their back shell is shaped plastic and not flat wood.  Also, they’re a generally lot cheaper than the Gibsons and Martins.

.I’ve never been able to play 12-stringed guitars.  Even when my left-hand fingertips were calloused from 6-night-per-week professional bassplaying, 12-string guitars always beat up my fingers.  I like the sound of a 12-string, though;  and I have to admit, if I played acoustic guitars more often, I could be tempted into an Ovation double-neck:

…even though this particular model is a little too Hank Williams Shirt for my liking.

Next, we come to Taylor, but I must confess I don’t know a great deal about them other than that the ones I’ve heard have sounded wonderful.  (Taylor guitars were a rarity in my South African yoof.)  The ones which did catch my fancy were the Grand Auditorium line, whose sound and resonance blew me away: 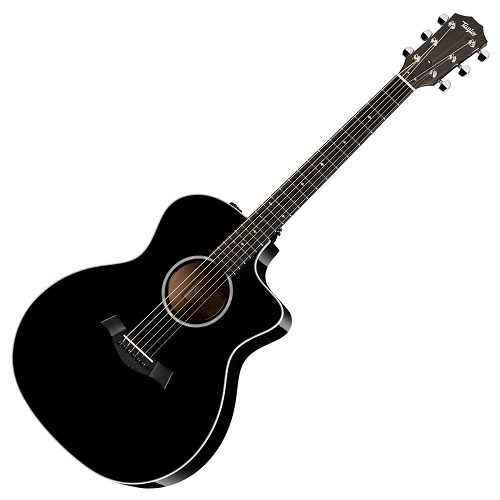 Finally, we come to Yamaha LL guitars, and I really like the sound of the 16: 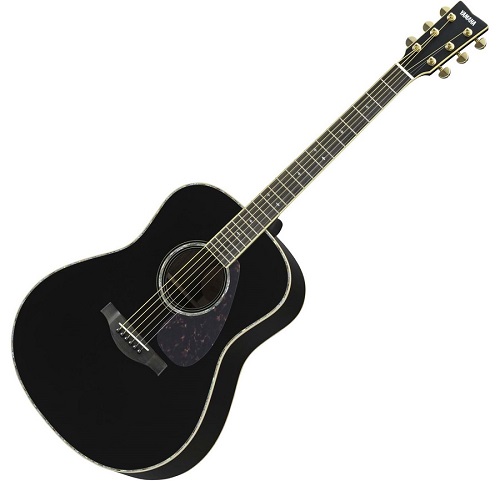 As with all guitars, once you’ve got a baseline sound — the kind of sound that appeals to you — it all comes down to feel:  how the neck feels to your hand and how the box “sits” against your body.

And you don’t have to spend a ton of money on your box guitar, especially if all you’re doing is strumming away on your own, or at most playing it for a family & friends singalong.  Hell, I taught myself to play on a 3/4-scale Hofner nylon-stringed guitar, and it served me well in the above functions for over a decade.  And even when I “graduated” to the big time and played little solo gigs in bars and such, an Ibanez Artwood model worked just fine:

Nowadays, they run about $300, and they still sound fantastic.  (The “ordinary” Ibanez acoustics are about half that price.)

One last thing:  I preferred a “dark” sound on my box guitars, so I played using really heavy strings (D’Addario Medium Baritone 0.16), which also didn’t lose their tuning as quickly as the lighter ones.  If you are of the same mind, make sure to get a guitar with a well-constructed neck, or else you’re just going to bow or warp the thing.  Don’t ask me how I know this.

That’s the end of the Test Bed series.  Sadly, I can’t do keyboards or drums, because technology has improved so much in recent years that I’m now hopelessly out of touch.

Story of my life…