Most men like powerful cars (e.g. Jeremy Clarkson:  “POWWWWERRRRRR!”), and among the power-hungry there is a common thought nowadays that a 3-liter six-cylinder engine is the basic starting-point for any performance car, and four-cylinder engines are inferior (hence nicknames like “four-banger” and the like).

Back in the late 1960s, Alfa Romeo came up with a four-cylinder engine of only 1,779 cubic centimeters (actually rounded down to the 1750 nomenclature, unlike the standard Italian exaggeration) which was an absolute screamer.  So efficient and racy was it that they used the same engine across all their “105” chassis models;  the GT Veloce: 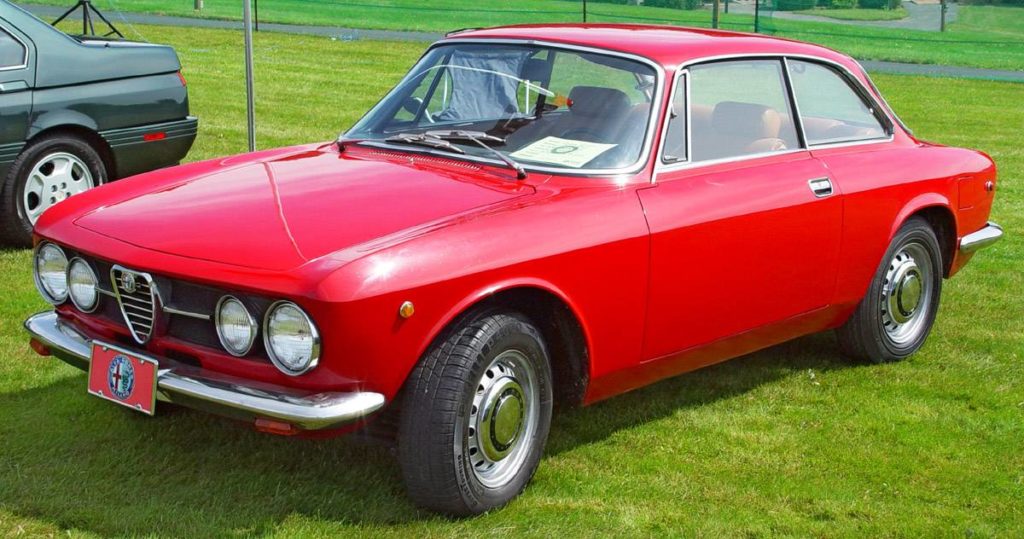 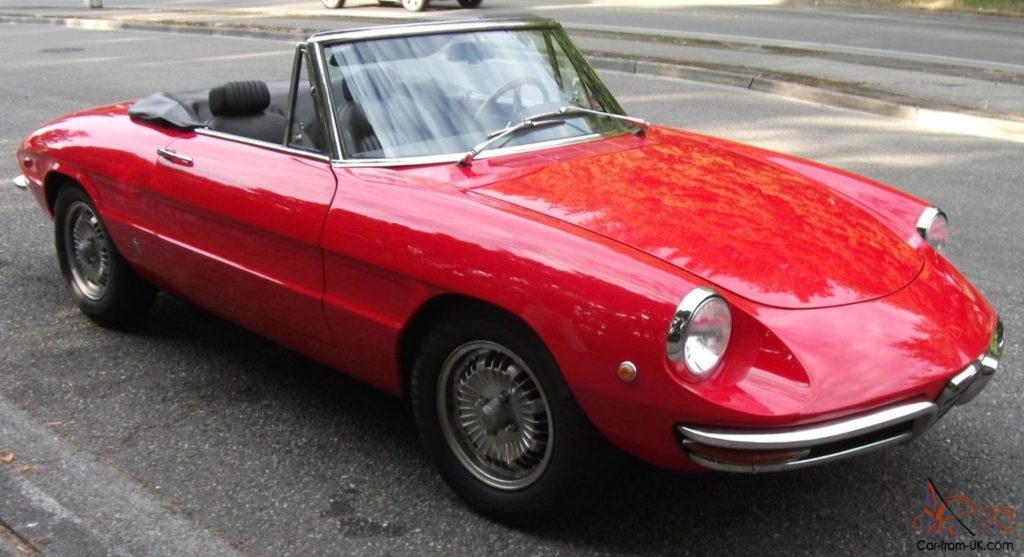 …and even the Berlina sedan model (with a human figure, for scale): 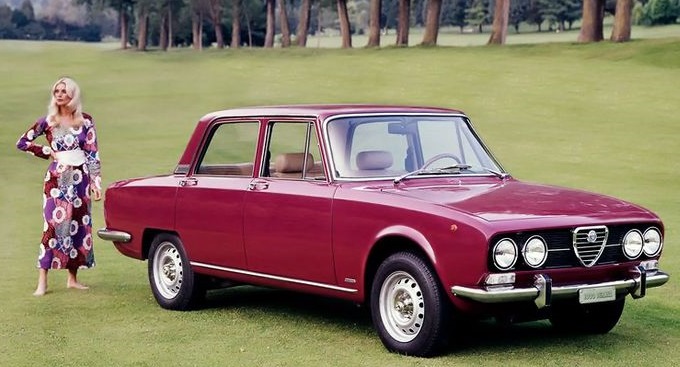 I’ve driven all three, and not once did I ever say to myself, “Oh, if only this were a 3-liter six!”

The point was that all three models were lightweights, and the four-cylinder engine was perfectly adequate for the task — which in each model was to go fast, and they did.  And in normal Alfa Romeo fashion, they went through corners as though on rails, and the peppy little four-banger engine and five-speed short-throw gearbox made every trip an adventure.

Provided that they started, or didn’t lose non-essential parts like rearview mirrors, door handles and what-have-you along the way.  (I once had the experience of the interior mirror coming off in my hand as I was adjusting it.)

I also once drove a Marauder (Lotus 7 knock-off) equipped with the 1750 engine.  Now the Alfa GTV was no heavyweight, coming in at just around a ton, but the fiberglass-bodied Marauder could be lifted with ease by only two men, and carrying no weight at all, so to speak, the 1750 engine was a monster.  I actually lifted off the throttle at the end of the Kyalami racetrack straight, whereas with the GTV I’d always been able to keep the pedal to the floor to make the first right-hand corner.

Four-banger?  Sheesh.  (Of course, the main reason for a four-cylinder-engined car’s poor performance nowadays has nothing to do with the lack of powerpower, but with the extra weight that has to be added to all cars because of all the safety regulations that have been mandated by Nanny Gummint since the 1970s.  But I won’t discuss that topic further as I’ve just finished clearing up the wreckage from my last RCOB episode.)

I love the 105 Alfa Romeos and their 1800cc engines, all of them.  I would drive one today quite happily.