After weighing all the options, I purchased the ULD Boomershoot gear as follows:

This was the easiest choice, given my own experiences at Boomershoot and hunting in Scotland with Mr. Free Market and the gang.  In adverse conditions (rain, sleet, snow, strong winds) the .300 Win Mag beats all other chamberings by a day’s march.  As I’d made the caliber choice early on, I went ahead and ordered some boxes of “test” ammo, which I’ll be comparing to each other over the next couple weeks.  I got Spendy, Medium-Spendy and Budget (the latter, actually, is Sellier & Bellot because despite its lowly price, I’ve found this Czech ammo to be amazingly consistent in other chamberings.  I’m kinda hoping it does well, because I have a line on an amazing deal — less than $1 per round).

Whichever  gets the best grouping, however, will be purchased in Boomershoot-type quantities, and what doesn’t get used up in Idaho will be shipped to the lucky winner of the draw (because I don’t own a .300 Win Mag rifle, so I won’t be tempted to hold some back as “tax”).

So much for the cartridge.  Next, the boomstick:

The choice was between this rifle and the Savage 110FCP, and to be honest, I couldn’t make up my mind.  Ultimately, I let availability drive the decision — and while the Savage was on back order / out-of-stock everywhere I looked, the Hawkeye was actually in stock at one of my local FFLs nearby.  Hello, Mr. Gun Pusher.  Of course, I always have Buyer’s Dread after dropping over a grand on an untested (by me) rifle… but then I read this review of the Hawkeye, and I didn’t feel too badly about the decision.  I hate the Technik durch Plastik  appearance of the stock (I know, it’s painted laminate, which makes me feel better, but it’s still pig-ugly).  As long as it shoots better than I can shoot it… which brings me to the glass. 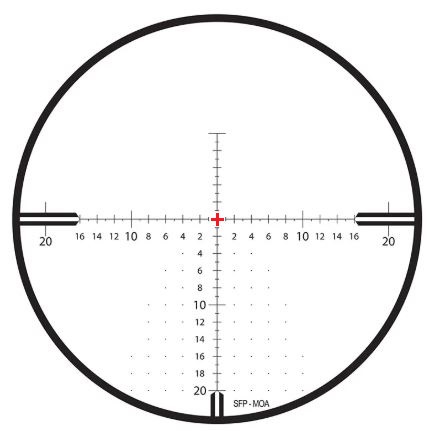 The combination of Zeiss glass plus the illuminated reticle might make all the difference to an average rifle shooter like me at distance, in crappy weather.  It’s a serious long-distance reticle (as opposed to a “pure” hunting one), and I can’t wait to get it up to speed.

Finally, the thing what holds it all together:

Because the Hawkeye has an attached Picatinny rail, it makes the choice of rings quite easy.  Unfortunately, most scope mounts designed for this configuration are, to my mind, not geared towards handling hard recoil — let’s face it, 90% of the time, they’ll be holding onto a semi-auto gas action AR-15 firing the poodleshooter cartridge.  But a bolt-action rifle sending off a blitzenthumpenboomer  .300 Win Mag bullet?  It’s gotta have beeeg mahsells [/Arnie].  So I’ll be going with the trusted Warne scope mount because of its multiple-screw locking setup — and this does not look like it’s going to be jarred loose anytime soon: 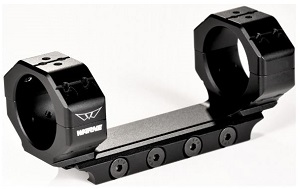 I know, I know:  “But-but-but Kim, what does it look like when it’s all assembled?” 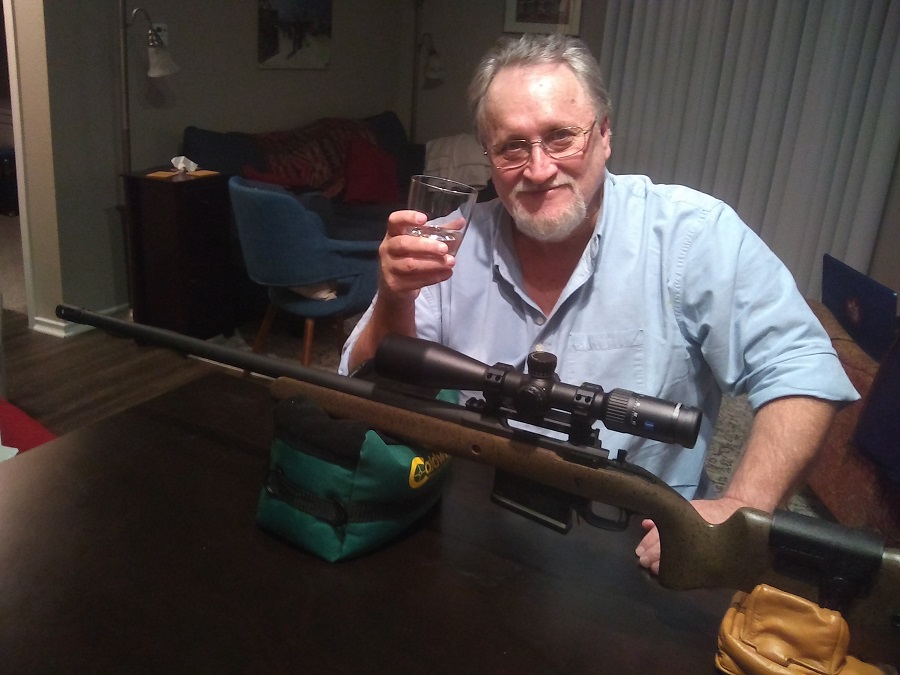 So there it is, complete with a post-boresighting gin:  now it’s time to get this show on the road.  Range report to follow, as soon as Doc Russia can find some spare time.  (He too has a new .300 Win Mag rifle to shake down.)