While wandering along the various highways and byways of Ye Olde Internette (i.e. looking at stuff that wasn’t written yesterday by some illiterate / ignorant Millennial), I stumbled upon something that I hold near and dear to my heart:  a Maserati 4200 GT from the early 2000s.  Here’s what it looks like, in both Coupé and Spyder configurations:

Now here’s why I love this creature [2,000 lines of drooling foolishness redacted]:

But those are just the technical specs, and impressive though they are, a whole bunch of cars today can produce the same or better.

However, what gets my various body parts tingling, moving and enlarging is the sheer beauty of this car.  This guy (who uses his twelve-year-old Mazza 4200 as a daily driver!!) puts it perfectly:

I’m a huge fan of the beautiful styling. I believe it’s a timeless design. When the 3200/4200 was initially released it may have seemed a bit bland for the time. But today with every new car resembling a transformer mated with largemouth bass fish front end, it really makes me appreciate the elegant smooth aerodynamic curves of 90’s vehicles.

I just hope he doesn’t mind if I steal “a transformer mated with largemouth bass fish front end”, because I’m gonna.  And a reminder of the topic under discussion:

I absolutely love the smooth, elegant lines that flow gracefully, compared to the angular offerings of most of today’s sports cars.  And I actually prefer the “standard” styling above over the later GranSport’s, which while also lovely, is starting to look dangerously fish-mouthed: 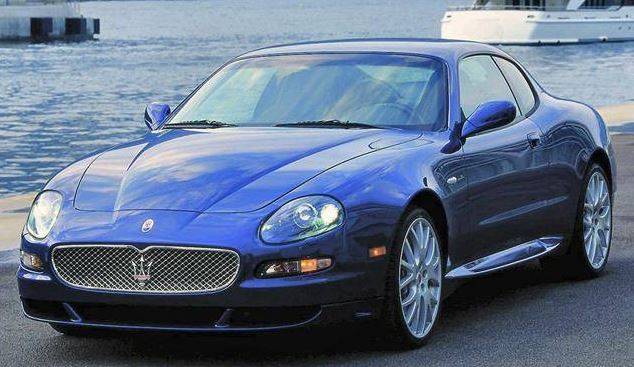 I am also completely cognizant of the fact that “older Maserati”  and “daily driver”  are not terms that should be combined in a single sentence.

But you could do worse.  A whole  lot worse.