You know, if an Alpine mountain community lived in constant fear of avalanches, one could feel a certain sympathy if said avalanches caused severe damage to the place each year and some loss of life among its inhabitants.

I suspect, however, that one would feel somewhat less sympathetic if the community refused to deploy snowplows and rescue helicopters purely because of the emissions from those vehicles.  Indeed, one might even get unworthy feelings of smug satisfaction and even Schadenfreude  from the annual, tearful news reports of death and destruction.

How then, are we expected to feel when California gets plunged into darkness and suffers loss of property and life through the regular occurrence of wildfires?

Fire conditions statewide made California “a tinderbox,” said Jonathan Cox, a spokesman for the California Department of Forestry and Fire Protection. Of the state’s 58 counties, 43 were under red flag warnings for high fire danger Sunday.

And just so we know exactly why these conditions have reached the point to where they have:  despite the fact that hot Santa Ana winds create an annual risk of deadly wildfires, California continues to ban the clear-cutting and controlled burning of deadwood and -brush in wilderness areas as well as in areas close to suburban development because of supposed-ecological concerns.  That’s the “tinderbox” referred to above.

Moreover, it’s hard for the rest of us to feel pity for Californians when it’s clearly the fault of their own elected officials and legislature who continue to force their wrongheaded Gaia-worship on the Golden Shower State, with consequences that have become not only annual, but predictably horrible.  (And which some, equally-predictably, somehow manage to escape.)

I should feel guilty about my Schadenfreude, but I really don’t — just as I don’t feel sorry for Californians who complain about high taxes, iniquitous government interference in their lives, high real-estate prices and the whole dreadful litany of self-inflicted ills, all without exception imposed on them by, once again, their stupid, venal and self-serving elected politicians.

Let ’em burn.  Maybe at some point they may even be forced to try and get some change enacted through the ballot box, but I don’t see that happening anytime soon. 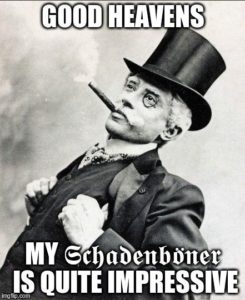 Update:  unusually, I seem to have understated California’s problems.