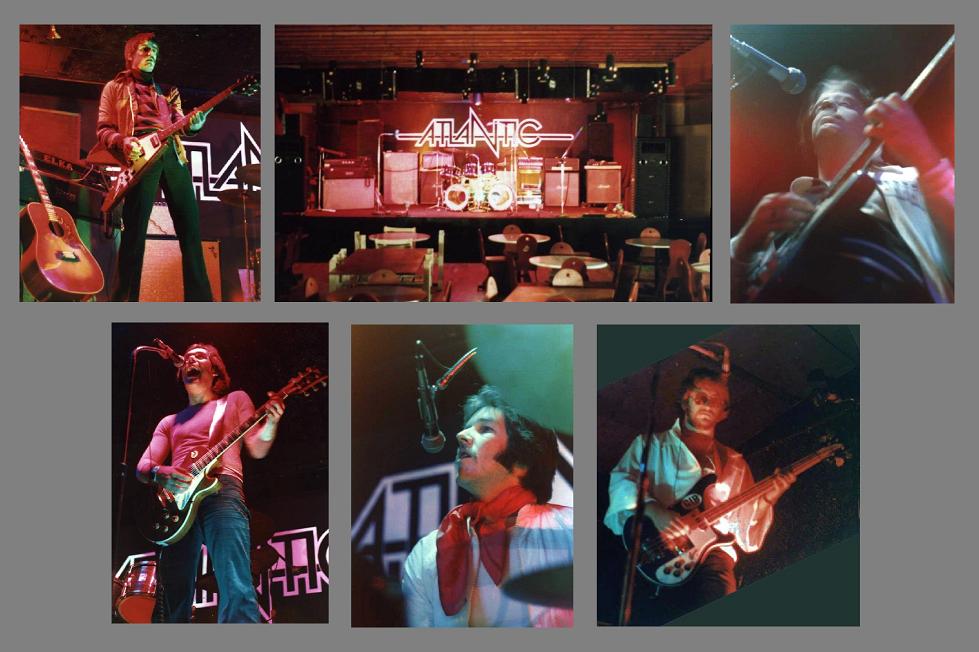 Atlantic Show Band didn’t do much in the way of 50s-era rock ‘n roll, I think because that 12-bar stuff was relatively easy to play — and as musicians who grew up (musically speaking) more in the Beatles / Stones era, the 50s were “old” music, so it was kinda infra dig.  Still, we did play quite a lot — but when we got sick of them, we finally just combined parts of all of them into a 20-minute medley, which never failed to bring the house down.  Here are those that I can remember:

Johnny B. Goode — Chuck Berry  (LOL one night some Afrikaner came up to us when we’d just finished this song, and begged us to stop playing “that Kaffir music”.  So we played it again, “by request”.)

Time Is Tight — Booker T and the MGs (how could it fail?  Donald “Duck” Dunn on bass and Booker T’s Hammond organ, baby!)

Shake Rattle & Roll — Elvis Presley (we used to take it in turns to sing this one, to see who could do the worst / most cheesy Elvis impersonation)

Whole Lotta Shakin’ — Jerry Lee Lewis  (I swear, Drummer Knob fell asleep while playing this song one night, and he wasn’t drunk either)

Good Night Sweetheart — Sha Na Na / The Spaniels (we combined the best of both versions into our own, and this was our “quiet” end-of-gig closer, when not doing the Kiki Dee thing)

Somebody’s Gonna Get Their Head Kicked In Tonight — Fleetwood Mac (we sounded better, with added “awop-do-wop, awop-bop-do-wop” harmonies. Sometimes, when we were drunk and the crowd was rough, we’d substitute “Cock-sucker, mother-mother fucker” for the doo-wop.  It was the Seventies.)

Next week: the Hogwash Interlude.