Following yesterday’s post about the exquisite Triumph TR4, I need to explain where I got the title of the two posts.  But first, a little exposition.

As much as I love and adore old cars, I have no interest — none —  in restoring one.  Indeed, even if I were tempted to buy one, I would never be one of Those Guys who spend hours over weekends trying to coax life into an old Weber carburetor or rewiring the dashboard switches.  I believe that all that stuff is best left to people who enjoy doing this stuff:  I’m a user, not a fixer or tinkerer, and think that if I were intended to venture into this dark world of vintage car ownership, God would not have invented auto mechanics or, for that matter, AAA.

However, when I do happen upon a temple dedicated to these endeavors, I’m happy to pass on the news in case there is the occasional Reader who might need to visit such an establishment.  So during my recent trip to New England, I happened to come upon Brit Bits, a marvelously-named place located in Rye, New Hampshire.  Here’s what I saw: 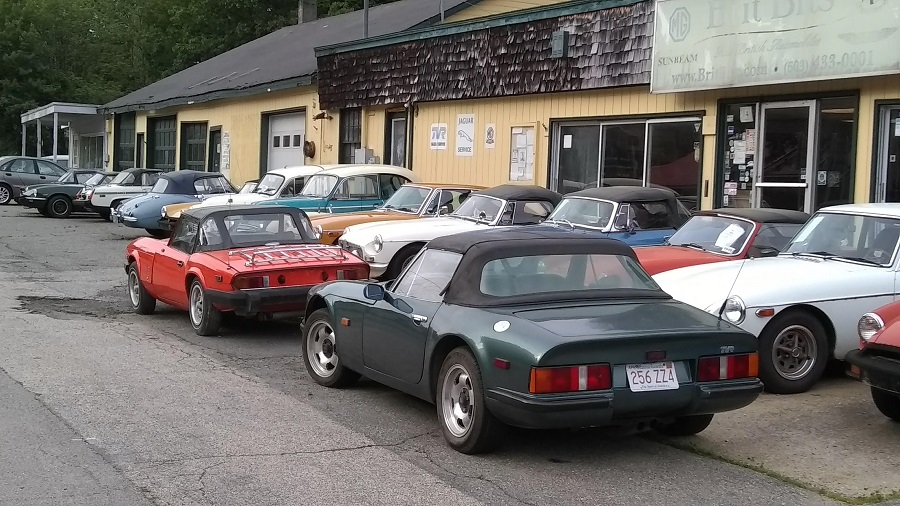 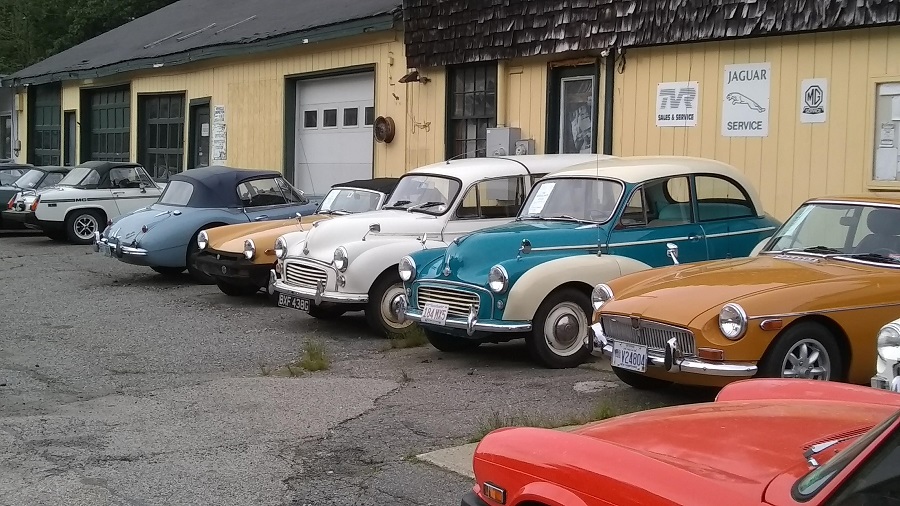 (I should point out that in her yoof, New Wife used to drive an MGB GT like the mustard-colored one — the color is Full Late-1960s — only hers was aubergine:  “purple”, to you and me.  If I’d had the money — and the nerve —  I would have bought her the white one and driven it back the Texas.)

But be still, my beating heart:  Morris Minors! 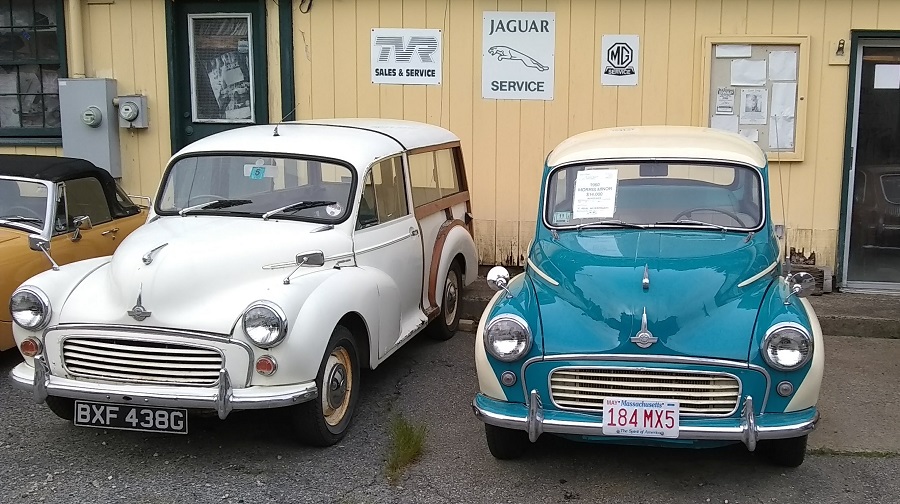 And don’t get me started about the Austin Healey Mk III: 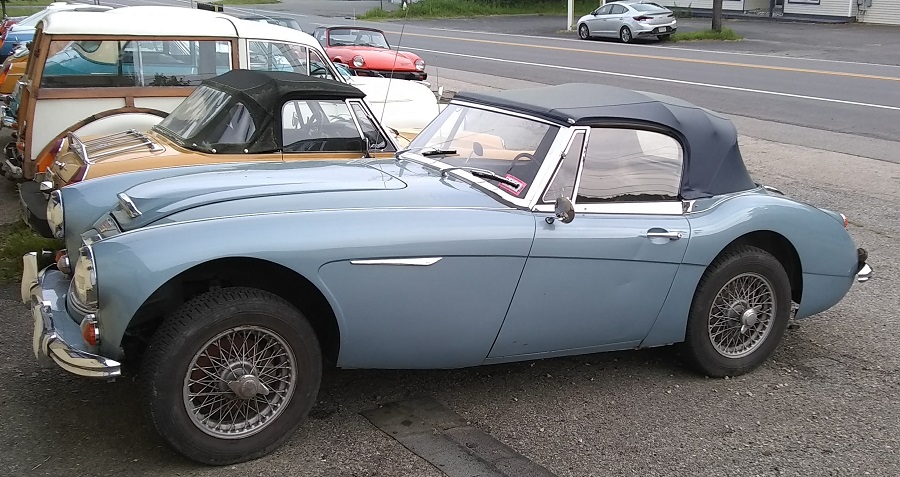 The only problem with owning one of these, as any fule kno, is that one would need to move to Rye and form a very close relationship with the mechanics at Brit Bits (maybe even adoption should be considered), unless one were of the aforementioned fixers and tinkerers.

However, if I were to be presented with a “resto-mod” of the Healey, MGB or even that Morris Minor Traveller station wagon, I’d sell a firstborn or two.

And you have to love a place that features this July 4-themed pic on their website: 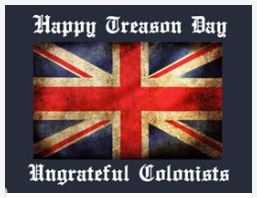