I’d never heard of this band before (unsurprisingly, as I regard rap as somewhere below anthrax), but I love  their song titles and lyrics.  I mean, who can resist stuff like this:

Besides, tell me you can argue with this statement:  “Stephen King was a better writer when he drank.”

The best thing I can say about Bloodhound Gang is that if I were forty years younger, I’d be doing this — not in rap, of course, because I would want to play actual, you know, music — as long as I could find a like-minded bunch of musical anarchists to accompany me.

And try as I may, I cannot think of a better motto for a band than

NO REASON TO LIVE BUT WE LIKE IT THAT WAY 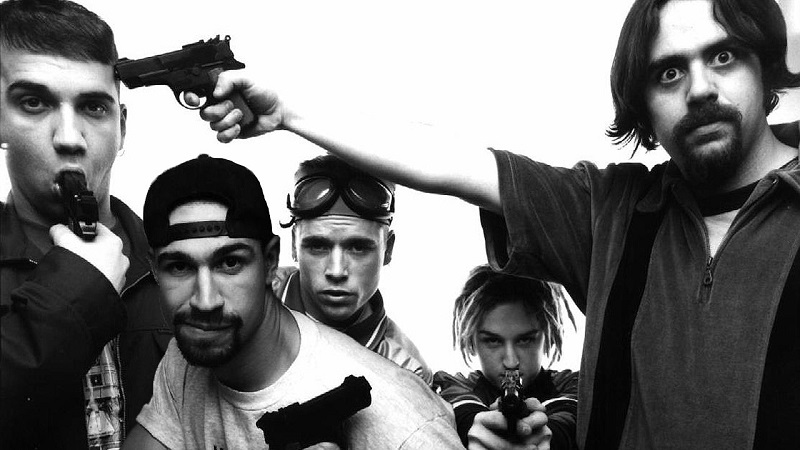