The title isn’t what you think.

The “civil service” is the nickname British Army soldiers gave to the hapless SA-80 bullpup rifle — it doesn’t work and you can’t fire it — during Gulf War One.  So bad was the thing that a booming black market for captured Iraqi AK-47s was created because so many of the SA-80s were “lost” during that campaign.

However, after many failed attempts to fix the poxy rifle, it appears that the Brits have finally got the thing right (other than the fact that they had to get the Germans to do the job for them, of course:  that whirring sound you hear is of British WWI and WWII field marshals spinning in their graves). 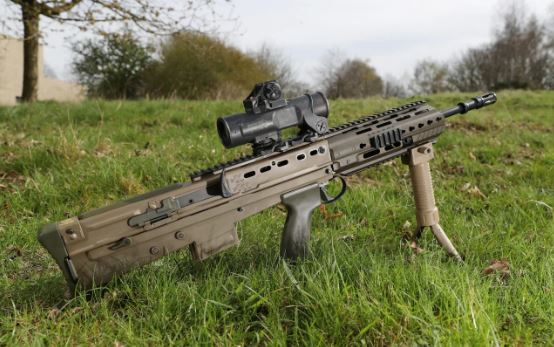 Apparently the SA (now called the SA-80A3) really has been fixed this time, and the Brits plan on fielding it for at least a half-dozen more years.  Of course, it still shoots the silly poodleshooter 5.56mm NATO (.223 Rem) cartridge, which the U.S. Army will soon be phasing out because it’s ineffective in any scenario outside an urban one [links to about 5,000 earlier Kim Rants on the topic omitted for reasons of brevity].

Which means the Brits will have to play catch-up, again.