After having spent nearly all of the past six months living out of a suitcase — and quite comfortably, too — I’ve come to the realization that I (still) have too many clothes — and this after a major pruning of the old wardrobe after selling the house and moving into Doc Russia’s guest quarters.

I read an article somewhere that gave a good guide to deciding which clothes were necessary and which weren’t, involving hanging one’s clothes with the open part of the clothes hanger hook facing forward, and after wearing the garment, replacing it with the open part towards the rear. At the end of the year, those still facing forward (i.e. had not been worn for a year) would be candidates for Goodwill.

I’m not sure I need that, because I’ve also discovered that having gone from size 44 to size 39* trousers over the past year, that part, at least, will be easy. As a good friend said, when seeing me in my old 44 baggies, “Kim: it’s time.” And it is. I’m still overweight — another dozen or so lost pounds is definitely on the agenda — but  at least I don’t look like a beach ball trying to hide under a handkerchief anymore. Which means a bunch of the old tent-y shirts are going to have to go, too.

Fortunately, I was able to replenish my shirt collection in both Britain and South Africa. I discovered that Marks & Spencer’s XXL casual shirts fit me, which wasn’t always the case, and they actually had colors which don’t make me want to spew. On the advice of a friend, I bought in addition two pink shirts — one wag called them “aggressive salmon” — because the style was excellent and the color doesn’t make me look like Elton John on safari. In South Africa, prices were astonishingly low thanks to the USD : ZAR exchange rate, and it being summer in the Southern Hemisphere at the moment, the several shirts I bought there are going to be perfect for the north Texas heat come July and August.

Likewise, I found some excellent trousers at M&S and all those baggy cargo numbers I’ve been wearing for the past dozen-odd years are going to find a new home, either in the trash can or at Goodwill.

I know, I know: all this talk about clothing makes me sound like Perez Hilton or one of those other fegelehs, but I don’t care. The plain fact of the matter is that I enjoy dressing well — always have — and my two-and-a-half decades’ worth of corpulence took that small pleasure away from me.

“Dressing well”, of course, means “no short pants ever, regardless of the weather”, which is why I was able to resist buying a pair of these magnificent things in South Africa: 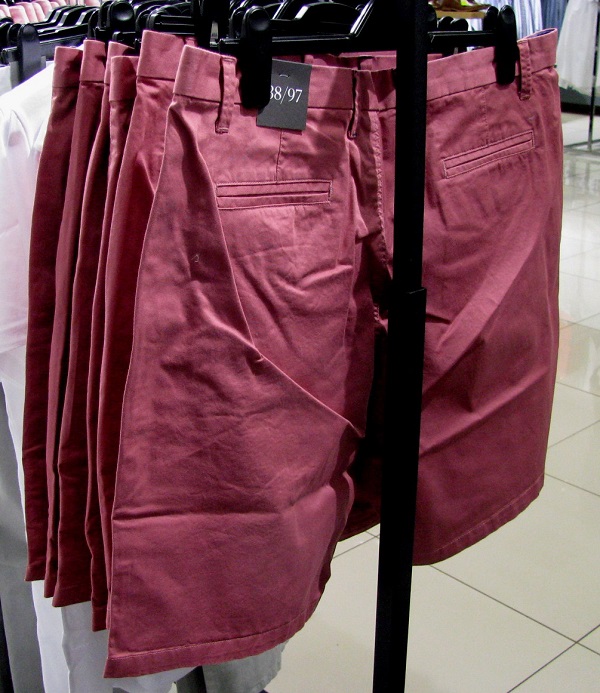 I did, however, also purchase some fine footwear in both Britain and South Africa, viz. tan half-boots in London: 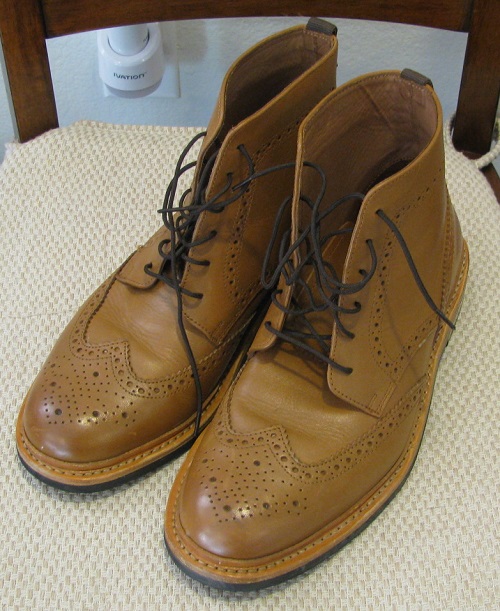 …and a pair of magnificent veldskoens in Pretoria (where they’re as common as slip-slops in Brisbane): 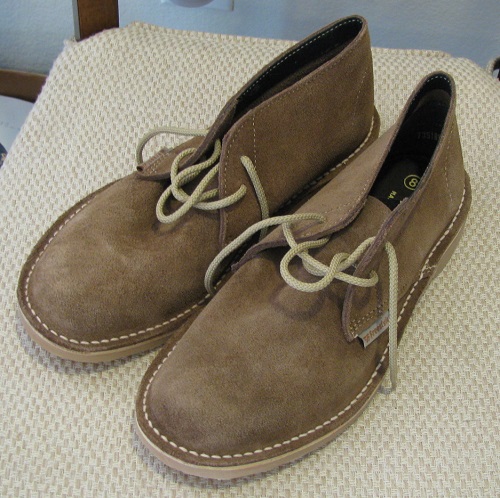 The essence of the latter is that they should look battered even when brand new, and I think you’ll agree that these are a perfect example thereof.

I love good shoes (I know, I’m sounding gayer by the minute), and in addition to the cowboy boots I bought before my trip Over There and the wellies I bought in Hardy Country, these will be excellent additions to the old wardrobe.