I am totally unsurprised by this situation:

Robocallers and spam callers are getting quite good at masking their identify. They do this partly by “spoofing” local numbers, making it seem like a legitimate local number is calling to increase the likelihood that you’ll answer. That’s the reason, according to Hiya, that around 9 percent of spam calls a month actually get answered by phone owners even though they don’t recognize the number calling.
Nine percent might not sound like much, until you consider the fact that 26.3 billion robocalls were made to American phones in 2018.

The nearly 50 percent of phone calls that go unanswered jumps way up to 76 percent of calls left unanswered — a little more than three out of every four — when the call comes from an unidentified or unfamiliar number.

In my case, that would be 100 percent.  I never  answer a call if the caller is unidentified (i.e. isn’t among my saved contacts).  As a result, I always tell people to email their phone numbers to me first so I can add them to my contact list.  Otherwise, their calls will be met with indifference.

Sucks, but that’s what happens when people use technology indiscriminately and unprompted.

It seems that every day I have to rant about technology and its nefarious outcomes for us ordinary folks.  Here’s the latest:

If you own a Ring doorbell camera system, we’ve got some bad news. The smart home company owned by Amazon, which the internet retail giant shelled out more than $1 billion to acquire, has apparently been violating its customers’ privacy in a pretty shocking way.
A new report from The Intercept quotes unnamed sources who confirm that engineers and executives at Ring have “highly privileged access” to live customer camera feeds, utilizing both Ring’s doorbells as well as its in-home cameras. All that’s apparently required to tap into the live feeds is a customer’s email address. Meaning the company has been so egregiously lax when it comes to security and privacy that even people outside the company could have potentially done this, using merely an email address to begin spying on customers, according to the report.
Within the company, a team that was supposed to have been focused on helping Ring get better at object recognition in videos caught customers in videos doing everything from kissing to firing guns and stealing.
This news, we should add, also comes less than a month after Ring was in the news for a different potential privacy flap. As BGR reported, a new patent application has begun to spur fears that Amazon would use Ring as a tool for creepy surveillance.

I have a suggestion: don’t buy any electronic device made by Amazon.  This would include the Alexa spy system, the Ring spy system and any other so-called “efficent” things that purport to make your life easier, but in fact only make it easier for others to spy on you.

If I had one of these horrible things, the last  video it would ever record is me firing a gun… at the camera.

And I find offerings by the other tech companies (e.g. Google Home, Apple Siri) equally disgusting.  As Pop Mech says:

Companies like Google, and Amazon, and Facebook let us down, but they were always going to. Absent significant changes to the nature of the tech industry or wide-ranging regulation, they always will. The problems arise when we act as though they won’t.

The only way to win is not to play.  And I won’t, unless I can dictate the rules.

This story pissed me off, for all the usual reasons:

“For years, TWC has deceptively used its Weather Channel App to amass its users’ private, personal geolocation data — tracking minute details about its users’ locations throughout the day and night, all the while leading users to believe that their data will only be used to provide them with ‘personalized local weather data, alerts and forecasts,’” the complaint reads.
The data serves no weather-related purpose, but was only collected in order to allow TWC to turn a profit, the complaint reads. The data was sold to at least 12 third party websites over the past 19 months.
The Weather Channel app has about 45 million users, according to the complaint.
TWC intentionally obscures this information” in a 10,000-word privacy policy “because it recognizes that many users would not permit the Weather Channel App to track their geolocation if they knew the true uses of that data,” the complaint goes on to say.
The lawsuit is seeking an injunction prohibiting TWC from continuing to collect and sell the data, along with civil penalties of up to $2,500 per violation.

Just this week, I went through a store (Forever 21) instead of using a mall entrance because my car was parked closer to the former than the latter.  And on leaving the mall, I went back out the same way.

Needless to say, when I got home I had one of those “personalized”, annoying little requests:  “Tell us about your shopping experience at Forever 21” with a link attached.  Being annoyed, I went there and wrote the following:

“I walked around your store TWICE today, and not once did anyone from your staff offer to help me.  In fact, given that the people I THINK were employees were dressed like customers, it was hard to tell whether there were in fact any employees in the store at all.  Certainly, most people in the store were standing around chatting to their friends and ignoring everyone else completely, so there was no way of telling.  It will be a long time, if ever, before I visit Forever 21 again.”

And every single word of that is true.  Yeah, it’s possible the wrong people will get punished.  I don’t fucking care.  If enough people turn this data snooping around and use it against these “marketing” bastards, maybe they’ll stop using it.  If not… did I mention I don’t fucking care?

And to return to my original gripe:  I deleted the Weather Channel app off my phone, just in case and just because.

A spokesperson for The Weather Company — which operates the Weather Channel – provided CBS2 with the following statement:
“The Weather Company has always been transparent with use of location data; the disclosures are fully appropriate, and we will defend them vigorously.”

Fuck them and their transparency.  I hope the lawsuit costs them many millions, and they go out of business.  And I wish I knew which dozen organizations bought TWC’s tracking data so that I could boycott them too.  If anyone knows who they are, please share that information in Comments.

Here’s some interesting news, following on from my earlier post:

Cold day in hell before I let this piece of shit into my house.

According to this report, our household appliances are about to become snitches on just about every aspect of our lives:

One day, finding an oven that just cooks food may be as tough as buying a TV that merely lets you click between channels.
Internet-connected “smarts” are creeping into cars, refrigerators, thermostats, toys and just about everything else in your home. CES 2019, the gadget show opening Tuesday in Las Vegas, will showcase many of these products, including an oven that coordinates your recipes and a toilet that flushes with a voice command.
With every additional smart device in your home, companies are able to gather more details about your daily life. Some of that can be used to help advertisers target you — more precisely than they could with just the smartphone you carry.

And the news just gets better and better:

Despite the fact that there’s plenty of information available showing how these devices collect data about every aspect of your life and the manufacturers both use and sell that data on the open market, the majority of people seem to either not care or are willing to accept this “new reality” as part of living in the modern world.

Once again [sigh], it appears that I’m in a minority.

No doubt, there will appear at your local drugstores condoms which measure the number of thrusts, such data sent back to the manufacturers of K-Y “Duration” gel, said antidote for premature ejaculation to arrive at your bedside by special delivery within two strokes of initial insertion.  And that’s a benevolent  outcome for such intrusiveness.

Never mind that.  Here’s a situation already in being:

T-Mobile, Sprint, and AT&T are selling access to their customers’ location data, and that data is ending up in the hands of bounty hunters and others not authorized to possess it, letting them track most phones in the country.

I don’t often agree with church leaders about, well, anything much.  But I’m in absolute agreement with this man.

Allow me to offer a suggestion for a brand-new industry.  When a new generation of “smart” phones arrived on the market and appeared to be “locked” to a specific carrier, within days we saw phones being unlocked by street vendors, sometimes right outside  the stores selling the damn things.

I’m calling on all privacy-minded geeks of the world to unite, and to design apps or hacks or whatever to bypass the Big Brother mechanisms of these new infernal fink machines so that people (like me) who aren’t interested in letting Global MegaCorp Inc. snoop into the most intimate areas of our lives may avail themselves of their inventions.

I will be at the head of the fucking line to buy them.  I promise.

Then there’s this news:

Google has unveiled its plan to put a smart device in every room of the home as part of its digital ‘ecosystem’ that could be manipulated to eavesdrop on users.
The tech giant’s smart home concept, unveiled at a one-off event in San Francisco, showcased Google Assistant at its full potential.
It combined speakers, smart plugs, voice controlled vacuums, smart displays and cameras throughout the house.
Its digital ecosystem is designed to enable communication between rooms and family members – even if they are not at home.

Yup… here’s when I’ll be doing this: 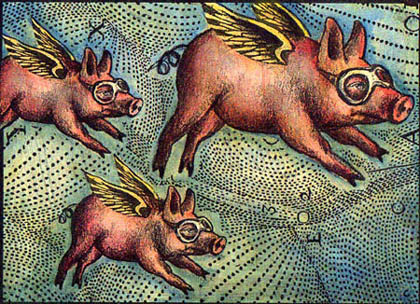 And probably not even then.

I don’t care how “convenient” they make my life but Google Home and Alexa can go fuck themselves, they and their parent companies both.