Can’t say I have anything against this statement:

Feel free to debate the optimal caliber for the job in Comments.

My only quibble with this story is that the goblin wasn’t dead at the end of it.

An employee of a gas station in the 200 block of West Camp Wisdom Road, near the border with Duncanville, alerted the mother about 10 p.m. that a man was trying to get into her SUV.
She jumped into the vehicle. When the man didn’t stop, she pulled a gun from the glove box and shot him in the head, police said.
The vehicle then crashed into a utility pole.

So far, so good.  But the goblin didn’t croak, because:

“I should have just have emptied the whole clip but I didn’t. I didn’t. I just wanted to give him a warning shot that was it.”

I can’t criticize Our Heroine too much, because she stopped the danger to her kids, and that’s all that matters.  However, I just hope that the thing ends here, with the choirboy in jail for a long time — too long to come after the woman when he gets out, or too old to try this again with someone else.

Sometimes, you see, it’s better to end the thing properly, even if you aren’t a killer.

Today will be snippets of news that are guaranteed to make your eyes squint and Red Curtains Of Blood (RCOB) affect  your vision.  The fact that most of the items happened in Britishland makes no difference whatsoever.  You have been warned.

6)  “You think you Brits are the only ones who can go crazy with a knife?  Banzai! ”

7)  And lastly, just so we know that the rozzers are going after the serious criminals, there’s this one:

Tearful pensioner, 79, slams police for ‘threatening to prosecute her for feeding her neighbour’s pet’

8)  Or maybe they can go after this kid’s parents, for giving him a toy gun to play with. 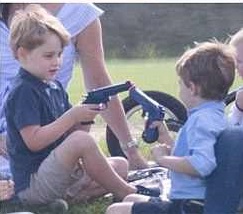 Now you can all go off and clean yer guns.  I know I will.

Wow… even I’m impressed by the weapons being used by the criminals in London as the crime (tidal) wave continues: 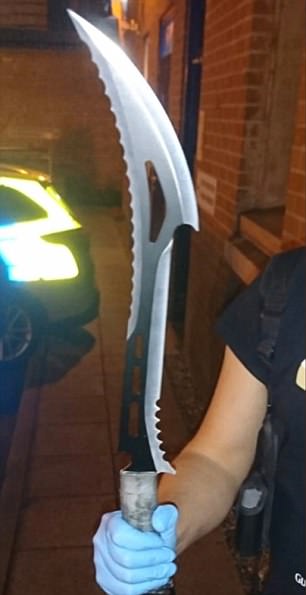 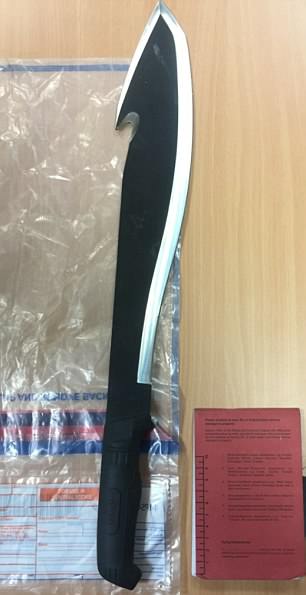 Clearly, banning the things won’t do any good, just as banning guns hasn’t worked too well.

And the violence is no longer confined to the scuzzy areas of London and the other cities;  I saw from a pic in another article that one of the attacks took place where I took a stroll in London just a few months ago.

I’ve been racking my brain for some kind of solution to this — seriously, I have — and the more I look at it, there are only a few solutions:

Sadly, though, the Brits don’t seem to have the balls to do any of the above.  Utter chaos is coming, if it isn’t there already.  What a mess.  (Although the Britcops seem to have no difficulty in dealing with hardened criminals like this bad boy…)

If anyone has any bright ideas different to mine, feel free to share them — and I’m not talking fantasies (I can assemble a few of those all by myself);  I need workable solutions, because the Brits seem to be at a loss.

Britain is in the grip of a violent crime wave as thugs run riot on mopeds and motorbikes. Shocking figures released yesterday show the armed thieves are striking more than 60 times every day. In a chilling illustration of the crisis, a young woman was fighting for her life last night after her mobile was snatched by moped-riding thieves. And a motorcycle gang targeted yet another luxury store in London on Tuesday. In Birmingham, a masked gang rammed a car in broad daylight before smashing the driver’s window with a machete and hammer. And masked attackers targeted Michael McIntyre when they stole his £15,000 Rolex.

So, my British friends:  how’s that “no handguns in private ownership” thing working out for you, then?

And for all those idiots who start wailing about the horrors of “pitched gun battles in the streets”, allow me to ask how that’s so much different from what’s happening to you now? Other than the fact that almost all the victims are innocent people, not criminals?

I wonder why we don’t have the “moped-gang” problem in Texas.  Oh yeah, that’s right:  we carry guns, and the bad guys know it.  And as a bonus, we don’t have pitched gun battles in the streets — except of course when the criminals start having wars over drug turf in their own neighborhoods, which doesn’t count because it’s a self-canceling problem.

We certainly don’t have mass stabbings in our streets, because — oh wait!  we carry guns, and the bad guys know it.  (And yes:  I know the latter story comes out of Australia.  Where they too aren’t allowed to own handguns.)

Strange how that all works out. 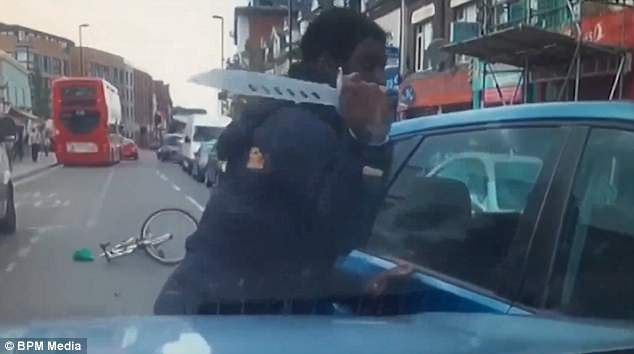