I’ve always been struck by the similarities between two sports cars of the same mid-70s era, the Alfa Romeo Montreal:

…and the SAAB Sonnett III:

Of the two, I actually think the Sonnett is the prettier — amazingly, for a carmaker more known for its eccentricity — but then again, the body design was by an Italian (Sergio Coggiola) rather than some Swedish guy named Sven who was obsessed with practicality over beauty.

Of course, when it came to performance, there was no comparison;  the Sonnett was powered by a puny Ford 1500cc V4 (the “Taunus”) which generated a whopping 65hp, whereas the Montreal had the mighty 2.6-liter V8 derived from its legendary Alfa 33 Stradale race car, which pushed out 197hp.

That said, the Sonnett had a respectable top speed of just over 100mph because of its light weight and aerodynamic styling.

And finally, the Sonnett was a true SAAB, in that it was safe to drive and could run all day without breaking down.  The Montreal?  Ehhh… not so much, although there’s still that thrill of taking it up to top speed (~125mph — ask me how I know this).

Still, if you were to drop a decent modern Ford 1600cc Duratec engine into the Sonnett (it would fit easily), I’d take one in a heartbeat.  Even the interior hasn’t aged too badly: 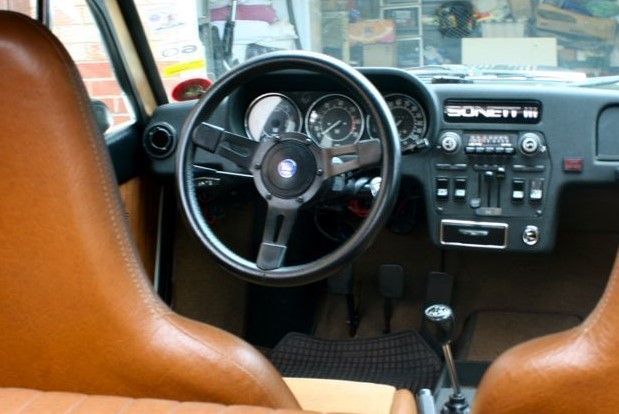 For that matter, though, nor has the Montreal’s: 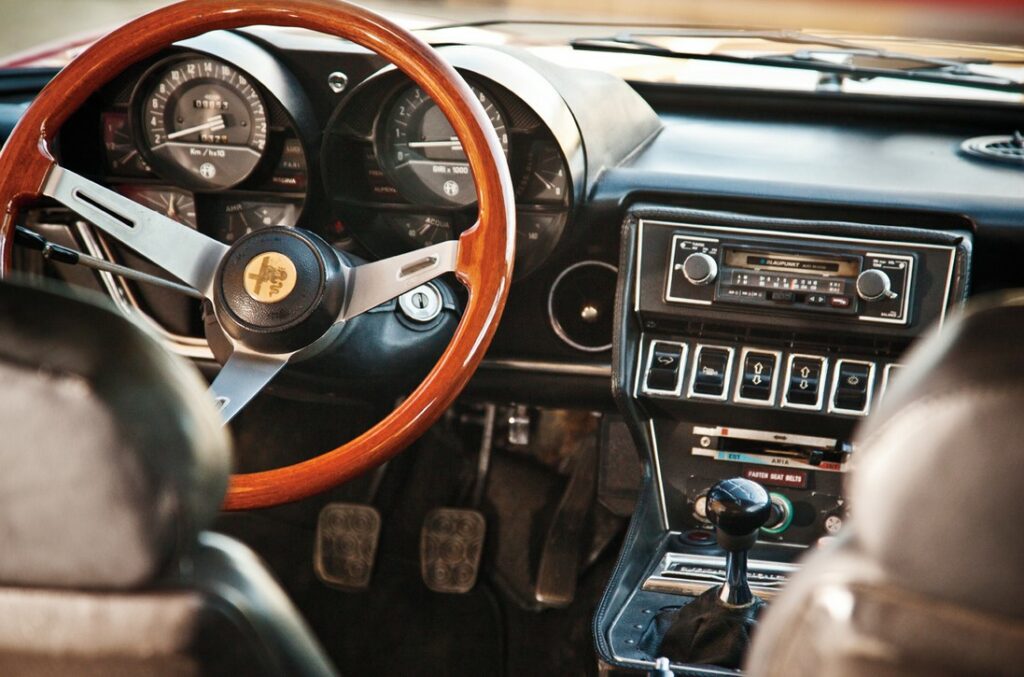 Yummy.  Both of them.