When I’m bored and don’t feel like reading (it happens, shuddup) and can’t face watching TV of any description (like none of you ever feel that way), I go to websites that are All About Guns.

And here’s what I found to be worthy, in no specific order (and all pics can be clicked to embiggen):

This old gal has been ridden hard, often, and put away wet every time.  Nevertheless, if the barrel hasn’t been shot out, I’d get it because a.) Mauser and b.) 7x57mm.

This is the carbine version of the K11, not the longer infantry rifle, and as such, it’s an outright steal for $900.  And as the Swiss have started to manufacture their brilliant GP11 cartridges again…

I think everyone in the Western world knows of my affection for this wonderful rifle and its cartridge and actually, given that all the serial numbers match, this too is a steal at $900.  (I paid $450 for mine back in 2003, but whatever.)

There are a couple of reasons why this rifle is priced so high on the sub-grand spectrum:  it was made by Brno, not Mauser and it comes with a wicked-looking spike bayonet. 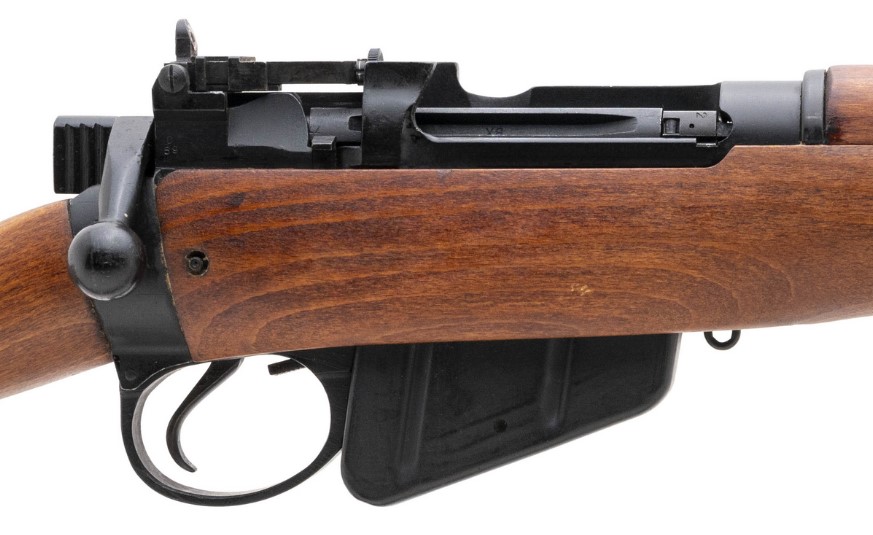 Of all the rifles posted here today, this one would probably get my #1 vote, but only because I have a ton of .303 ammo already stashed in Ye Olde Ammoe Locquere.  That said, I’m a little lost as to why this lovely rifle is priced as high it is.  Simply put, it’s of post-WWII manufacture (thus taking away the “wartime” appeal and collectability value), which leads me to think that it’s probably in superb condition compared to the older versions.  Also, ROF Fazakerley in Liverpool only made the Mk 2 for a few years before the tooling and machinery were sold off to Pakistan in, I think, 1952 — making this a relatively rare beast.

So there you go.  If you had a spare grand that had to be spent before Accounting / your wife took it away, which one would you choose?