Here’s one that’ll make you shake your head:

Note the sense of entitlement;  he’s got it, lots of it, and she should get some because he’s her grandaddy.  (Note that she’s one of eight grandchildren, the other seven of which we hear not a word.)

Of course, Ringo worked his ass off to earn the money (and to keep it;  remember that the Beatles broke up in 1970, and many a fortune’s been lost in less time than fifty-odd years).

Unsurprisingly (and unlike Ringo), this little totty is pretty much a drag on society, to whit:

[Ringo’s son Zack Starkey] married Tatia’s mother Sarah Medikides when she was born in 1985 – the first of Starr’s eight grandchildren.  In 2016, [Tatia] herself had a child with Adam Low, making Starr a great-grandfather.

So, to recap:  single mother in her mid-30s, mediocre musician, waitress, already coining well over a grand a month from Grandpa Ringo, and whining about the Unfairness Of It All. 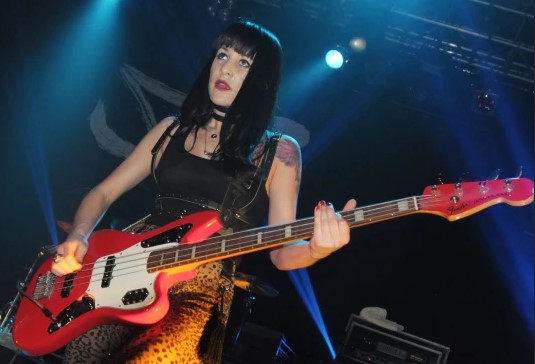 Too sad for words.

By the way, here’s Granddad at age 75, still performing.  And his buddies are from the following bands:  Santana, Toto, Billy Joel, Mr. Mister, ELO, and of course there’s Mr. Todd Rundgren.  Not bad company… and Our Tatia probably thinks she deserves a spot in the band, ahead of (ahem) Richard Page of Mr. Mister.

Okay, I couldn’t stand it.  Here’s Africa, played by those same buddies.