While reading The Sun  newspaper (so you don’t have to), I was drawn to this little piece about local additions to various fast-food menus all over the world.

No problems with Canuckistan McDonalds offering poutines, of course, as I think there’s probably a law Up There which mandates it: 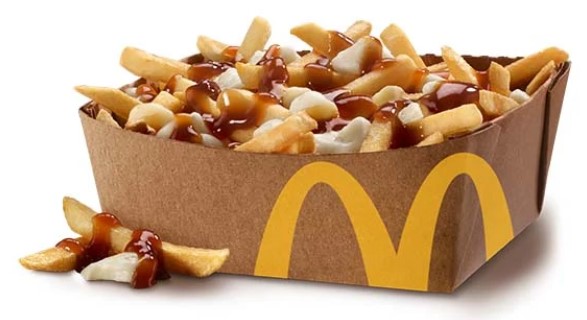 Oaaaargh I think I just gained a pound looking at those bad boys.

But it’s the offering from KFC Philippines which got me thinking: 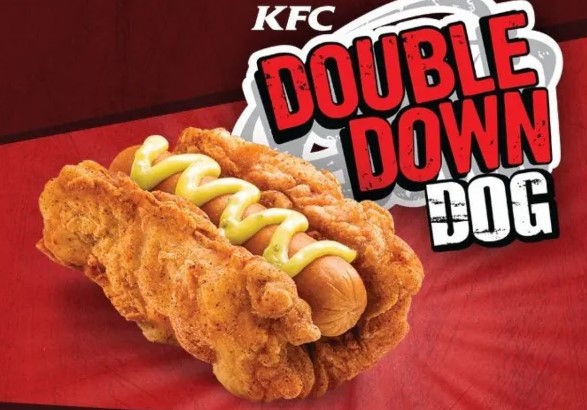 Just run with me here for a moment.  If that hot dog is the usual bland crap pablum as served to kids as canned Vienna sausages, then ugh.  But what if it was a lovely German-style bratwurst or similar, topped with some spicy Senf  (mustard) and wrapped in crunchy KFC fried chicken breast?

I’d order it as my last meal, with some proper (not McDonalds) Canucki poutines.

And yes I know, with all that fat it probably would be my last meal.  But I have a suspicion that it would truly be a taste to die for.

I think I’m going to make one for myself (once again, so y’all don’t have to), just to see how it works out.