For once, we lead with some good news:

But then we suffer a relapse:

…to paraphrase Insty:  “Climate change:  is there anything it can’t do?”

…see next item for an example.

…under the topic, “Bananas:  they’re not just for eating anymore.”

And speaking of humorless assholes:

…and all because of “innocent vegetables”.  But this next vegan episode will make you howl:

…wait:  California has an actual budget?  (no link because National Review) 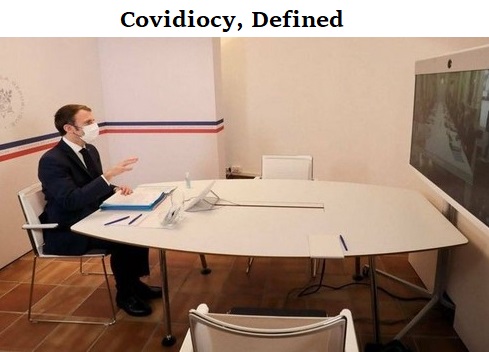 …in case you missed it, that’s FrogPres Toyboy Macron.  And from OzReich:

…they’ll find another pretext to boot him out before the tournament starts, never fear.

…leading to the question:  are the FBI ever going to classify these assholes as a terrorist organization?  (It’s a rhetorical question, of course.)

And where would we be without INSIGNIFICA?

…none of those problems ever stopped the eternal quest for nookie before, so this new warning probably isn’t going to work either.

Carol Vorderman’s getting out of control:

…nothing wrong with the superstructure:

but that ass is gaining on Lizzo’s…