I often get promo emails from Classic Firearms, and occasionally a couple items will jump off the page, so to speak.  Yesterday’s was one such example: 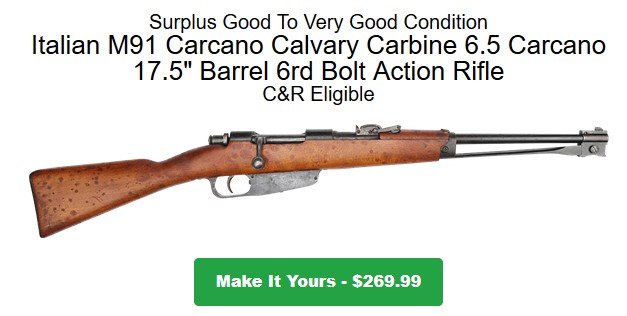 That’s not the Lee Harvey Oswald version, but the earlier 6.5mm one.  I’ve fired several of these before, and although the bolt is a little clunky, there’s nothing at all wrong with it as a fun gun, or even, dare I say, a truck/trunk gun.  And ammo, thanks to Prvi Partizan (may they stay in business forever), is actually not too spendy, as seen at Graf & Sons: 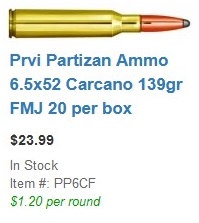 The only problem with the Carcano rifles (of any chambering) is that their condition is often questionable — and I’m not talking about beat-up stocks, either.  Sometimes, the bores are almost smooth or else pitted like the surface of the Moon.  So caveat emptor.

The above is certainly not true of the next offering, the fantastic Schmidt-Rubin 1911 rifles and carbines: 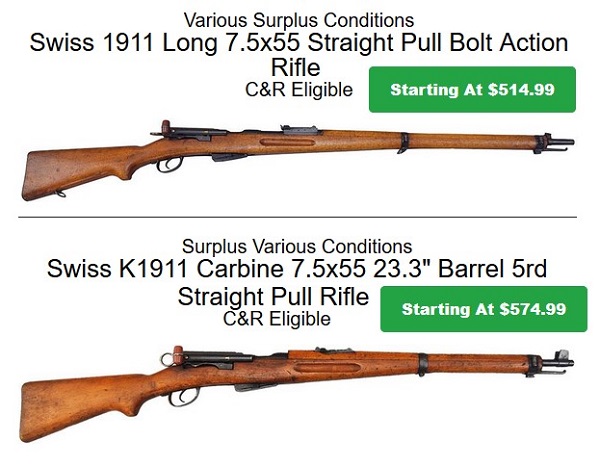 As I’ve said many times before, this rifle is one of the unsung wonders of the modern age:  made to Swiss-watch tolerances, just about every one I’ve ever fired has felt like ball-bearings on velvet, with accuracy to match.  I prefer the longer 1911 over the K11 carbine simply because it’s better-made, but either way, you’re going to get a fine rifle. There’s hardly a day goes by without me looking back with regret at having had to sell my 1911 rifle because Poverty. 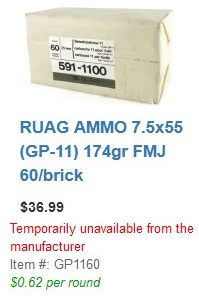 I am delighted to see that RUAG has restarted manufacture of their superlative mil-spec ammo, and Graf assures us that they’ll have it back in stock within a month or so.  And at 62 cents per pull… yikes.

And just for the hell of it, here’s the last item: 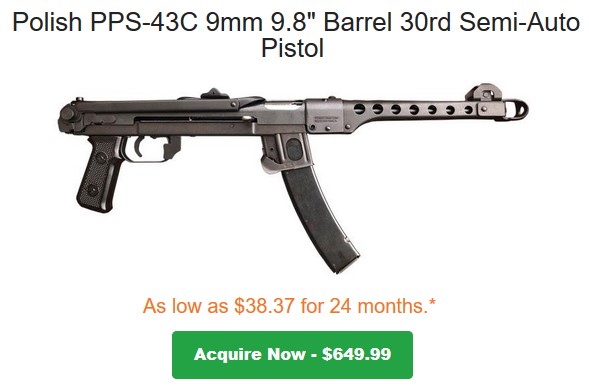 I don’t know anything about this little example of Central European gunny goodness, but given the exorbitant cost of the HK / SIG offerings, this might be worth a look.

Man, I love this Gun Thing.