I was truly saddened to read of the death of Ted Dexter at the age of 86.  Very few Americans would know who he is, but allow me to make the introduction.

Over ten years, “Lord Ted” Dexter played cricket for England for 62 international Test matches, of which he was captain of the team for 30.  He scored thousands of runs, took dozens of wickets as a bowler, and after retiring from cricket went on as a team selector and chairman of the Marylebone Cricket Club (Lord’s).  Throughout his life, he was unfailingly helpful to young cricketers, always polite and ready with some good advice. 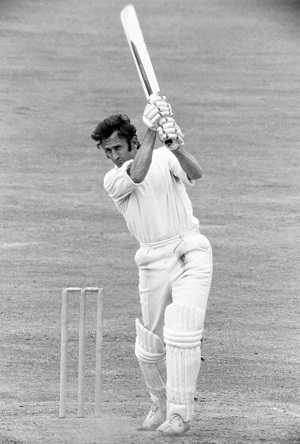 For most men, that would be enough.

He was also a scratch golfer, a pilot (who flew from the UK to Australia, and back), rode a motorcycle and once ran for Parliament.

He failed at the last — one of his few failures — but that leads me to tell a personal story about the man.

By running for Parliament in 1964, Ted missed the start of the England tour of South Africa, but he was back in the side in time for the Test at at the Wanderers cricket ground in Johannesburg, where an excited young boy of eight (that would be me) happened to be sitting in the stands with his dad one row back from the field, right at the point where Ted was fielding.

Of course, “Lord Ted” didn’t just stand there in the field;  he turned and bantered with the crowd, who responded delightedly.  He had a bright red stain on his white cricket trousers where he’d been polishing the cricket ball, and one wag in the crowd yelled, “What happened to your pants?”  Ted laughed and said, “It’s hot out here.”

Whereupon the same guy said, “Would you like a cold one, Uncle Ted?” and Dexter laughed and said, “Next over.”

When he came back to field in his earlier position, he walked right over to the boundary fence and said, “Where’s that cold one?”  Of course, someone popped a can of Castle Lager and handed it to him — whereupon Ted put his head back and drained the thing in one giant swallow, to tumultuous applause.  Needless to say, every time he came back to the boundary he was offered a fresh beer, but after one more he said, “Thanks, but I still have to bat later,” to much good-natured ribbing.  (“Maybe tomorrow, Ted;  you’re not going to get us all out today!”)

Oh, and to finish Ted Dexter’s story:  he was married to the same woman for over sixty years.  Nowadays, that’s considered quite a feat;  to a man like him, it would be quite unremarkable. 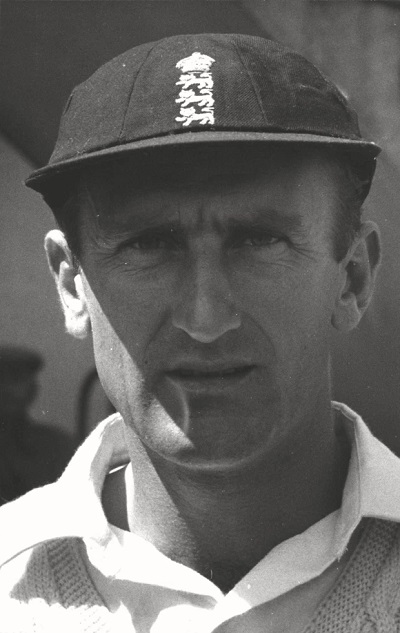 He was one of my boyhood heroes, and still is today.