I’m not triskadekaphobic, because I’m not in any way superstitious.  In fact, I got my job at the Great Big Research Company (Seffrican division) on Friday 13th, August 1979 and I never looked back.

I knew one otherwise ordinary guy who was so afraid of the number thirteen, and Friday 13th in particular, that he would take the day off work and stay in bed, drinking only water all day.  Other than laziness, the only reason I would stay in bed in Friday 13th was if Nigella Lawson was in it. 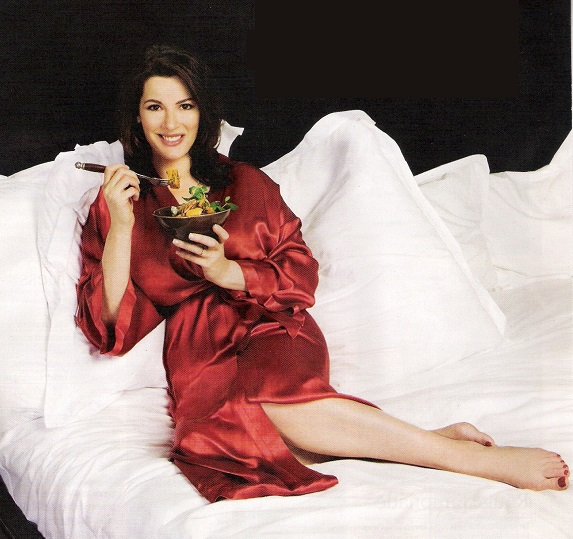 And so would anyone else not a homosexualist.

I never understood superstitions, by the way.  I know that some of them are rooted in past customs — e.g. not spilling salt (because salt was really expensive back in the day) — but getting all worked up about a black cat crossing your path?  Give me a break.

People in Roman  times would pay a soothsayer to tell them whether it was safe to travel by having the soothsayer “read” an animal’s entrails (which had to be fresh — no PETA back then, obviously).  What people don’t know is that our Dr. Fauci can trace his lineage all the way back to Roman soothsayer Gaius Faucissimus in 87 B.C., so he’s still in the family business of making money off ignorant people.

Don’t get me started, because where superstition is front and center, can religion be far behind?

I’ll just leave the topic alone, but here’s another pic of Nigella recumbent. 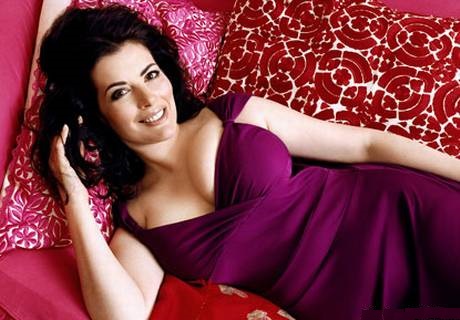