As I was meandering through the Gun Dork Forest (as I do occasionally), my eye was caught by a couple of rather fine-looking older guns from Messrs. Smith & Wesson.  Here’s the first, the lovely Model 25-2: 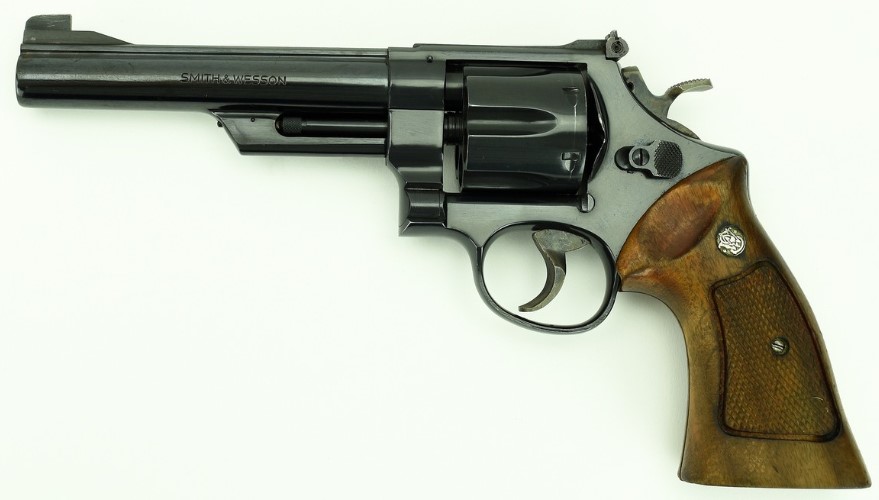 “But Kim:  how can you chamber a rimless cartridge into a revolver cylinder?  Don’t the boolets just fall through and out onto the floor?”

Indeed you might think so, Grasshopper, but there are these things called “half-moon” or “full-moon” clips: 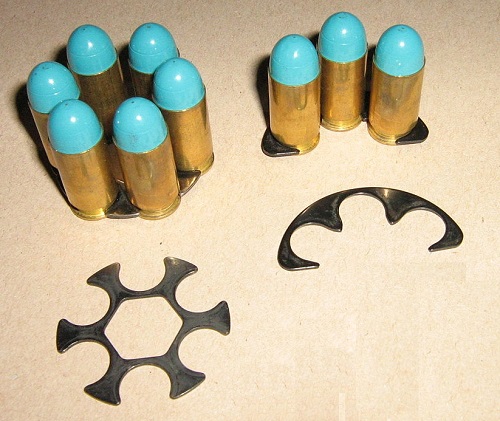 I’m not quite sure what brand those cartridges are, but let’s go with “G.I.” (Gay Issue).  (I know I know, it’s really inert ammo shuddup.)

Back in the day when I owned one of these wondrous guns, I always preferred the full-moon clips because I found them easier to load, less likely to bend than the half-moons, and of course it’s a one-step reload.  (Another benefit:  when you slam the ejector rod on a full-moon clip, you don’t have to spend the next five minutes scrabbling around on the floor picking up expended cartridge cases.)

My particular model wasn’t the Mod 25, but the stainless 625 Version: 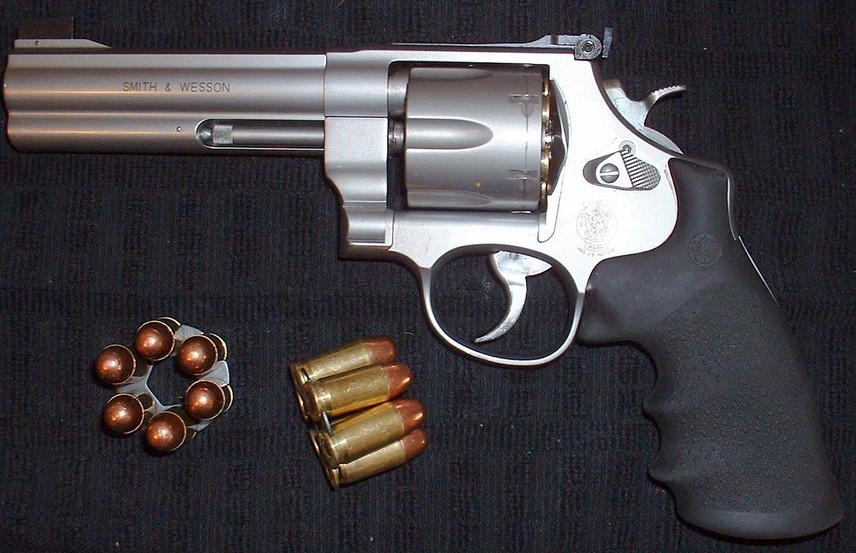 And if that doesn’t make your trigger-finger itch, I don’t want to talk to you anymore.

Anyway, there are several good reasons to own a Mod 25/625 in .45 ACP, chief among them being that if you already own a 1911 pistol thus chambered (and you should), it means that you won’t suffer from Caliber Proliferation Syndrome in your ammo locker by having to buy .38 Special and / or .357 Magnum ammo.

Finally, of course, there’s nothing wrong with using .45 ACP in your revolver (especially if it has a 5″ barrel), because duh it’s John Moses Browning’s .45 ACP.

Gotta say, though, that blued Mod 25 above sure is pretty, because this is Kim speaking — and blued steel over wooden grips always looks better than bling steel over rubber.

It’s at Collectors, of course.

Next week, I’ll be talking about the other lovely guns I saw there.