It bothers me that raddled old Commies like Nancy Pelosi and Dianne Feinstein can live to a ripe [sic]  old age, but wonderful women like Sabine Schmitz get snatched away from us far too early.

There was no one like Sabine Schmitz, the Queen of the Nurburgring, and I’m not sure there’ll ever be anyone quite like her.

Whenever she was due to appear on the old Top Gear show, I made sure never to miss it, because she was the real deal:  taunting, teasing, mocking, shouting, screaming and in general, making utter fools of all the Top Gear hosts — especially Clarkson — and then backing it up with matchless displays of driving skill around one of the world’s deadliest racing circuits.

Here’s a tribute to Sabine from, well, everyone who ever knew her professionally.  And here’s Part 1 and Part 2 of her audacious challenge:  that she could drive around the Ring faster in a Ford Transit van than Jeremy Clarkson had done in a Jaguar.

I loved loved LOVED Sabine Schmitz, and I am going to miss her terribly. 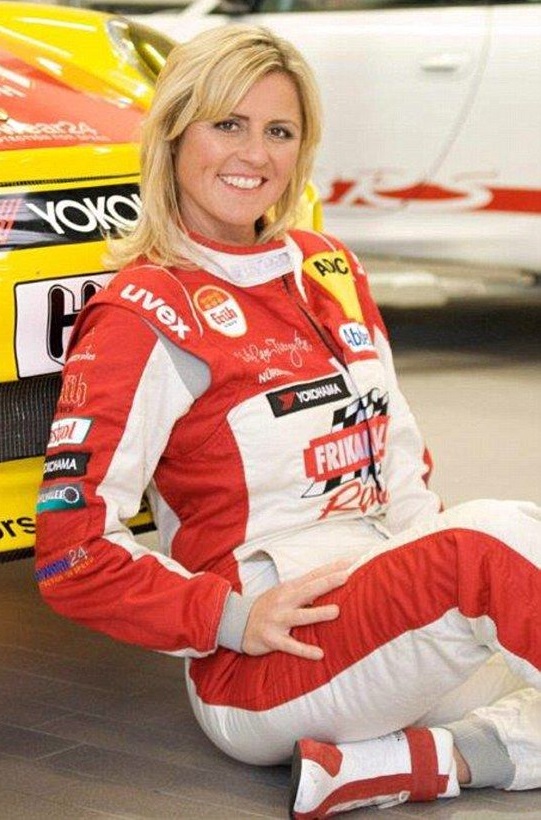