A few days back I posted a Righteous Shooting in which a 14-year-old boy was whacked while trying to hijack a car, and it got me thinking:  is 14 the new 21?  Certainly, the law sees it that way on occasion, when the State will try scum like the aforementioned as adults — but it has to be a seriously-violent crime for that to occur.

Of course, it never happens in the case of sex, because while a 14-year-old boy is deemed quite capable of wielding a gun, he is apparently still a weeny likkel child when it comes to his swinging dick — as evidenced in this sad tale:

A mother-of-three accused of having sex with a 14-year-old boy after luring him back to her house has told a court he ‘didn’t tell her he was in Year 9’ and it ‘didn’t occur’ to her that he might be under age.

In her defense, I bet that he didn’t look fourteen:  he probably had 5 o’clock shadow and wasn’t wearing little boys’ clothing either.  (Side note:  one of the problems in the teenage clothing fashion business is that ten-year-olds are encouraged to wear clothes designed for eighteen-year-olds, which doesn’t help.)

Anyway, our lecherous “older woman” (age 32) didn’t just lure this boy back to her place;  she lured two of the little bastards away, but only jumped one of them — showing remarkable restraint for a Woman Of Today.   And I’m sure these “boys” had no idea that Aunty MILFy, rather than giving them tea and biscuits, was really wanting to get stuck into some fresh young meat.  Young boys nowadays can be so naïve, right?  (Especially when hijacking a car or sticking up a 7-11, you bet.)

I’d love to see a picture of this hard-done-by teen boy — not in the kiddie’s sailor suit he’ll be wearing in court, but as he’s normally dressed to hang out with his buddies — but given the law, in which kiddies’ identities may not be revealed in matters of this nature, that’s not going to happen.

No such protection is afforded the accused, of course, and this Mom Of The Year looks pretty much as you might expect: 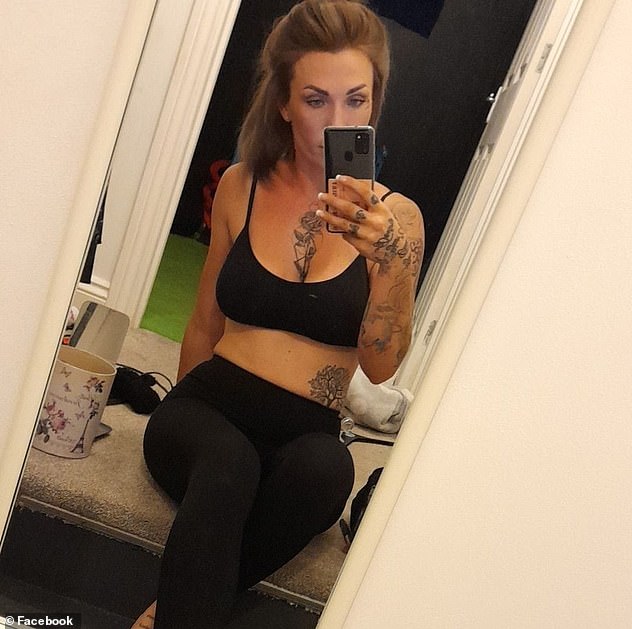 We older guys always bemoan stories like this, wishing that we had been subjected to such disgusting sexual encounters when we were of that age.  At age 14, I was still pretty immature and naïve when it came to matters of sex — but even I would have pegged this one for a total skank and fled in the opposite direction.

The fact that these two kids didn’t run away screaming should make them at least partially culpable in what followed.

Update:  Looks as though the little shits weren’t the Pore Innocent Lil Boyz they claimed to be, and so SuperMum goes free. But she’s still a skank.