A little while ago I talked about how I used to dream about living in various cities around the world, and realized that I wouldn’t do it even if I could, because freedom and guns and stuff.

But then I saw this photo essay about Amsterdam, and I have to admit I felt a tug. 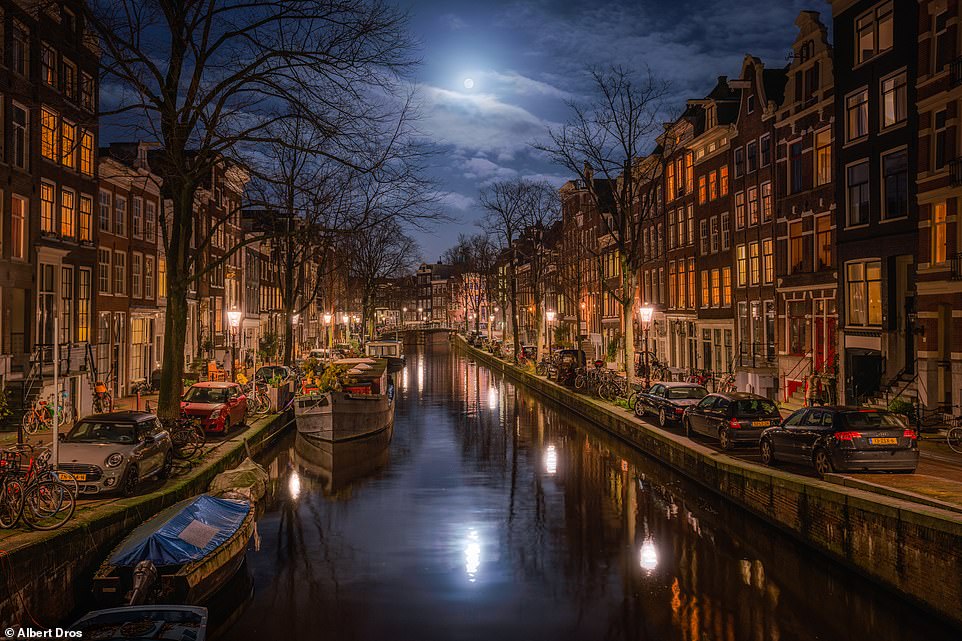 You see, I’ve actually stayed in a hotel on this very canal — I have several pics similar (in subject matter, not in quality) to this one — and so maybe, just maybe, I could live here:  not forever, but for just a few months.  Long enough to submerge myself in the city’s ethos, not that long where I start to get twitchy about not being in America anymore.

Which got me to thinking.  In my dreams of what I’d do after winning the lottery, travel would of course be a definite;  and with sufficient funds, “travel” would mean an extended stay rather than just my normal five days.  (I’ve always thought that you can figure out a city, any city, in about three days.  Add another couple-three days, and you can pretty much say you’ve seen it all.)

But a longer stay — say, for three or four months — would enable you to really dive into the city, beyond visiting museums (a must-do in Amsterdam, by the way) and the usual “places of interest”.  Renting a decent apartment for that long a time, as opposed to just staying in a hotel, would mean having to get to know the city properly:  where to shop for food, which foods to buy, finding restaurants whose menus you love and are therefor worth multiple visits, the best places to buy clothes and shoes, and so on.  (Best would be to arrive with empty suitcases, to be filled during your stay.)  Finally (and this is important), a longer stay would require you to learn more of the home language than just which foods to order off a menu.

Having spent so much time over the years in London, I already know all these things about the place.  I have favorite restaurants, shopping destinations, places simply to walk around, and of course pubs.  That doesn’t mean I couldn’t find more of the same — London is amazing in that regard — but my deeper knowledge of London, I think, needs replicating in other cities around the world.

So a list of major cities to be visited in such a manner would include, in order:  Amsterdam, Vienna, Paris, Prague, Budapest, Milan, Barcelona and Lisbon.

Smaller cities (with a stay of only a month or so) would be, once again in order:  Porto, Dubrovnic, Graz, Bruges, Bratislava, Nuremberg, Brest, Bristol and Valetta.

Alternative suggestions (from experience) in Comments.