To the purists, the subject of “remods” or “resto-mods” (taking an old car and improving — or sometimes “improving” it) generally causes pearl-clutching and mutters of “chucking away the heritage” or “losing all its value” or “can’t show it anymore” and “turned it into a bastard”.

As a rule, as all my Readers are aware, I am generally against fiddling with the past.  But not in this case.  Not with cars. 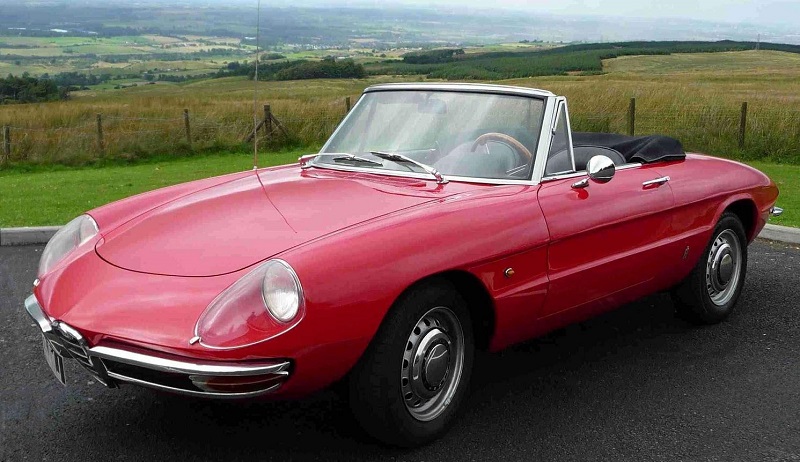 …but are total shit to own because of their propensity to rust, overall mechanical unreliability, and our old friends

So when Evil Reader Ken S. sent me this link about fixing up a Series I E-type Jag, I wasn’t mortally offended — especially when I consider some of the reservations about the E-type expressed in Comments to an earlier post.  And the resto-mod is pretty damn impressive, I admit… although I must say that replacing the Jag’s wonderful 3-liter powerhouse with a Ford V6 did cause a momentary catch in my throat.

Still, when I saw Jay Leno’s take on Ken Lee’s resto-mod of his Dino, I agreed with Jay completely:

“This is the car that Ferrari should have made.”

…and even though Lee had dropped a more powerful engine into his Dino, at least it was a Ferrari F40 and not a Chrysler hemi.

And all that said, I have no problem with pairing reliable and cheap-to-fix American engines with (say) Italian styling, like Monteverdi, Iso Rivolta and Bizzarrini did, back in the 1960s.  Here’s the last-named’s P538 model:

The same can’t be said for the Jensen Interceptor, which paired the excellent Chrysler V6 with… British Leyland-style assembly.

If you wanted to do a resto-mod on this one, you’d probably have to ditch everything except the engine, and have a coachbuilder make you a replica body.  And keep Lucas Electrical away at gunpoint.

My secret hankering, by the way, is to get some smart coachbuilder to drop a Dino body onto a Porsche Cayman chassis and make all the stuff work.  The dimensions are almost perfect. 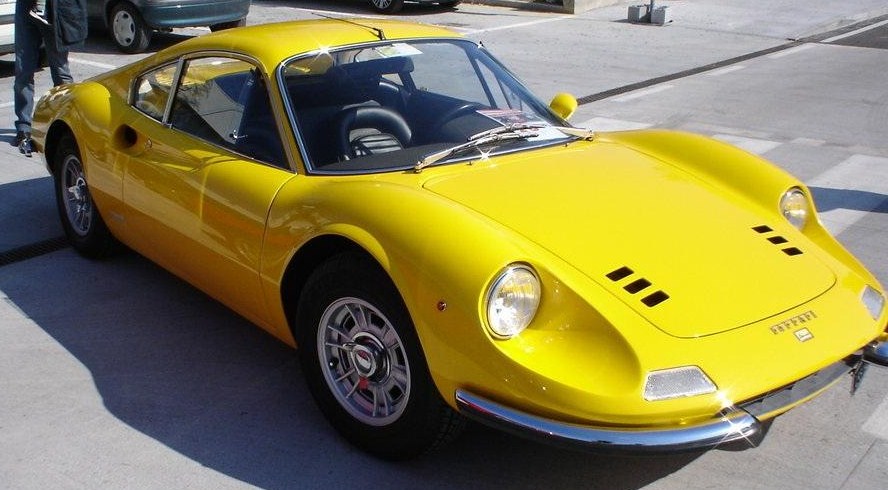 Yes, in Ferrari Yellow.  If you’re going to fuck up, fuck up at the top of your voice.