Tom Utley (one of my all-time favorite columnists) waxes rhapsodical about the revival of pubs in Britishland:

This week’s cheering news is that after years of precipitous decline, the number of pubs and bars opening in the UK has outstripped closures by 320 in 2019. So says an analysis of labour market figures from the Office for National Statistics.
…
Indeed, as I may have written before, my idea of heaven on Earth is an English village pub — ideally at least a couple of centuries old, with a thatched roof and a low ceiling supported by gnarled oak beams. On winter evenings, there should be a blazing log fire to greet us (sorry, Greta Thunberg) and a labrador stretched out on the hearth (‘just taking the dog for a walk, dear’).
On summer afternoons, there will be trestle tables out at the front, from which customers can watch the cricket on the village green or just listen to the drone of the bees in the roses above the door.

Of all the things I miss about being in the UK (and one of the very  few things I miss about living in South Africa) would be the weekly evening visit to the pub and / or the daily lunchtime visit thereto during the work week.  Lest anyone has forgotten, this was my “local” when I was variously staying with Mr. Free Market and The Englishman: 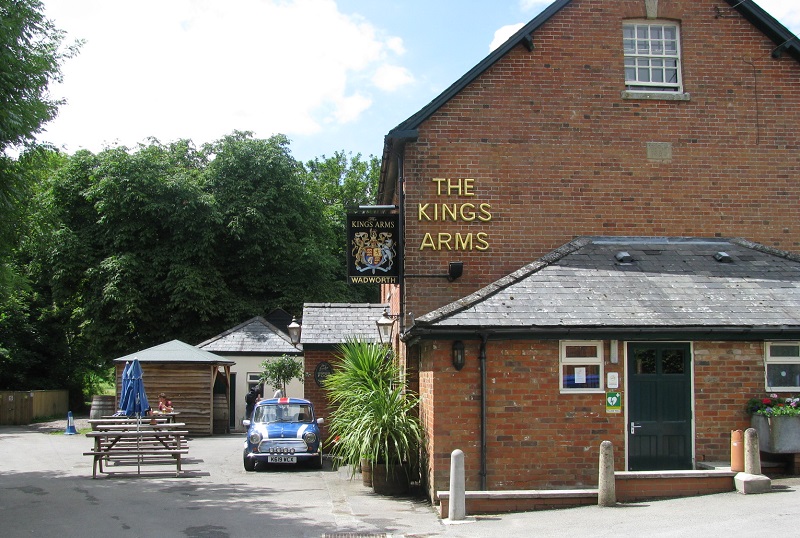 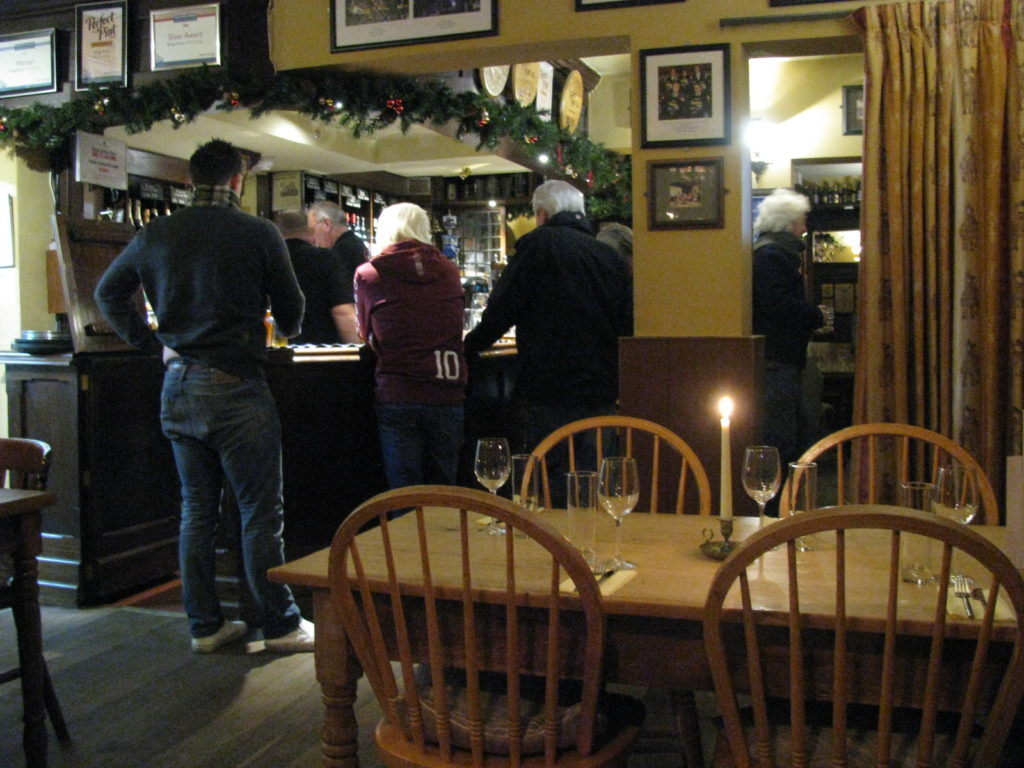 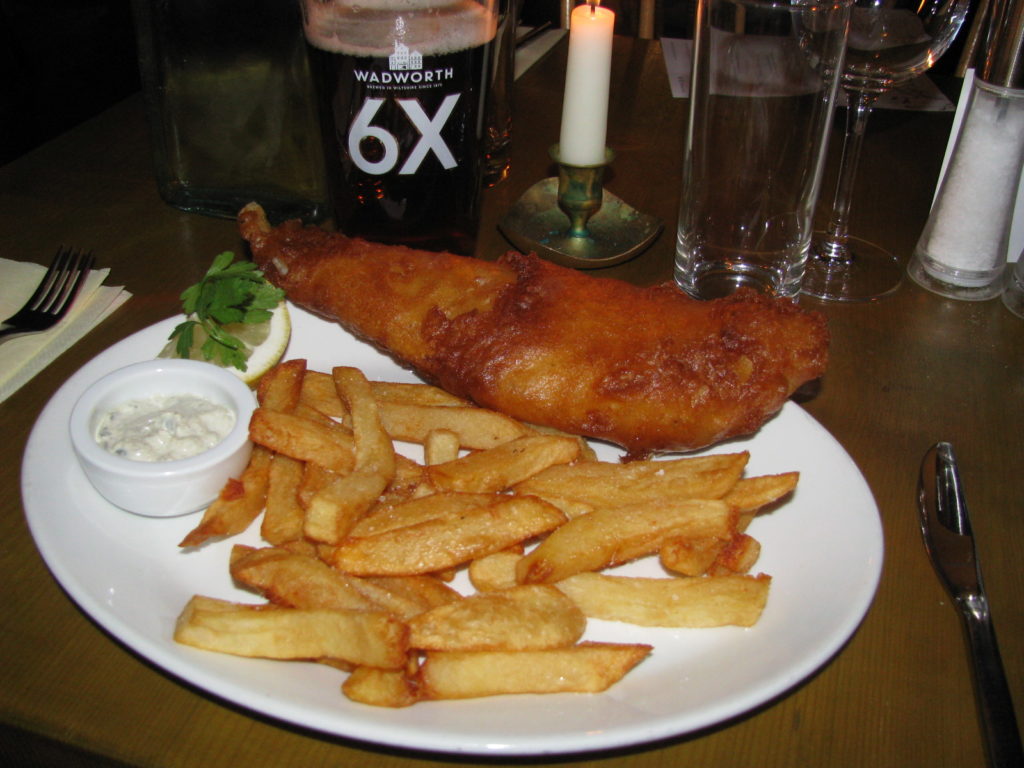 I desperately want to have a “local” Over Here, but we don’t have a pub culture:  ours is more a “get wasted after work” culture (not that this is altogether a Bad Thing, of course, but people don’t generally cluster around the pub (okay, bar) around these parts as a social venue).  The closest I’ve found is the Londoner in Addison, and it’s not close at all — a 20-minute drive away, assuming no traffic.

There is the Holy Grail a few steps from my apartment, which has excellent food but a somewhat patchy collection of ales — from week to week, they’re likely to be out of whatever I had the previous  week, which gets old very quickly — and as the website pics will show, it’s too damn big and very noisy.  (Aside:  why are  Americans so loud?  Is it because they have to shout to be heard above the earsplitting music/game on the TV?  Never mind:  that’s a rant passim.)

One thing, though, about Utley’s article:

It is run not by an ever-changing cast of managers on their way up the career ladder but by permanent fixtures in the community — landlords and landladies who have lived on the premises for years, know all the local gossip and are ready with their regulars’ preferred tipples, without having to be told (‘The usual, Tom?’).

Yeah, but that’s also a double-edged sword.  While an independent innkeeper can occasionally be persuaded to whip up a makeshift plate of sandwiches outside regular food-service hours, he could also be a cantankerous old fart, as per this story of Mr. Free Market, who arrived at his local one afternoon with a crowd of business friends and associates, and begged that the pub be opened to accommodate over fifty thirsty customers, to be met with the withering response:  “Fuck off;  I’m watching Corrie!” (Coronation Street).  Not yer model of customer service, innit?  And as the owner, he wasn’t going to get fired, either.

So there ya go.

All that said, I miss having a real local — but a place “where everybody knows your name” seems to have become a figment of TV fiction, hasn’t it?