After the post about my love for British foods a couple days ago, I received a few snarky emails which can be summarized by:  “Okay, Immigrant Guy:  tell us what American  foods you like, then.”

There are many, many  foods that have captured my fancy since The Great Wetback Episode Of 1986.  In fact, so much have they grown on me that when I’m Over There for a while, I actually say, “Good grief — all this Brit / Euro food is fine, but I could really do with a plate / bowl / truckload of ___ right now!”

In no specific order these are my favorites (and with thanks to the locals who introduced them to me):

Honey Nut Cheerios.  I needed something  to take over from the (American-style) over-sweetened Frosted Flakes as my favorite cold breakfast cereal, and Honey Nuts did the trick.  When the Son&Heir was still a weeny and I used to give him a baggie of the stuff to eat in his car seat on the back seat, I’d pour myself a baggie as well.  (Thanks, Maryann.) 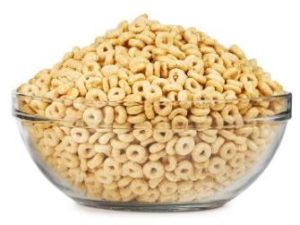 BBQ.  I grew up eating barbecued (“braaivleis”) meat in South Africa, but it wasn’t BBQ — those chunks of smoked meat dipped in sweet or tangy sauce.  Pulled pork, brisket, pork bellies, Elgin sausage, spare ribs, whatever:  put a plateful in front of me, and keep your hands away from my face.  (Thanks, Cassie.) 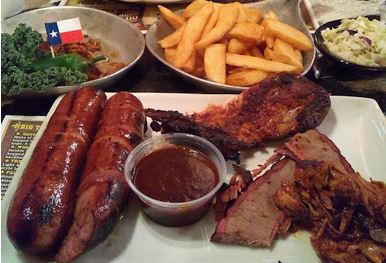 Nachos.  Melt some grated mixed cheeses over a pile of hamburger/chili, beef- or chicken-covered nacho chips, toss a few jalapeño pepper slices on top (approximately one slice per mouthful), and you can forget about any conversation till the plate’s done.  And if there’s a side of freshly-made guacamole and a frozen margherita… well, dayum.  (Thanks, Brenda.) 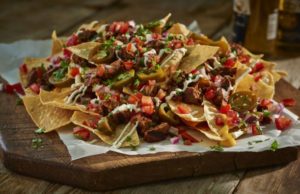 Potato skins. When I first read about these things on a menu, I burst out laughing, thinking that they were literally potato skins — i.e. peelings.  So for a laugh, I ordered them.  Yikes.  Hollowed-out baked potatoes filled with melted cheese and covered with crispy bacon bits.  Two plates of those and a few (okay, six) beers, and I was a goner.  (Thanks, Linda.) 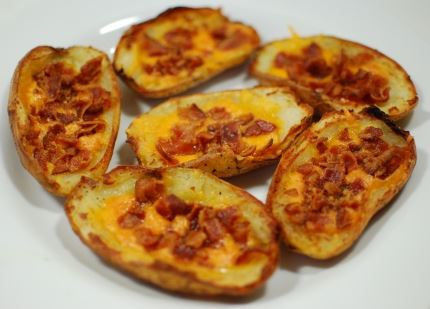 Fajitas. Chunks of marinated chicken / skirt steak, slathered with pico de gallo, all sizzling on a hot iron plate.  I discovered this stuff during a side trip to San Antonio back in 1985, and as I recall, it was about the second or third meal I ordered when I arrived in Austin the following year.  Wrapped in a soft flour tortilla:  Mexican shwarmas.  (Thanks, Karen). 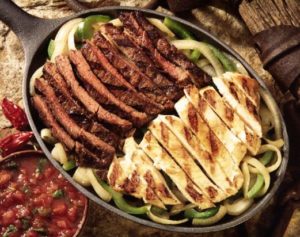 Clam chowder.  First tried this on my U.S. “scouting” trip in 1985, in Newport RI, and by “tried” I mean had a mouthful of someone else’s because the thought of clams… ugh.  Then… well, never mind that “cup” bullshit;  I ordered a whole bowl, and was hooked forever.  Now I only have it in New England because I’ve become a “chowdah” snob (although Earl’s in Plano’s Legacy West district does a decent bowl, too).  And never mind those silly little cracker things… how about served in a boule  loaf?  (Thanks again, Maryann.) 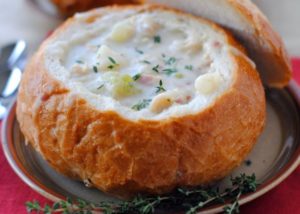 Lobster rolls.  I’d eaten Cape Rock lobster in South Africa, of course, but never on a bread roll with seafood sauce, spiced mayo or melted butter.  Yummy.  My only criticism is that New Englanders eat the lovely stuff on a lousy hot dog bun — are you kidding me, when Portuguese rolls are available everywhere?  Toast one of those… and you can make mine a footlong (as long as I can call my bank manager first).  (Thanks, Hope.) 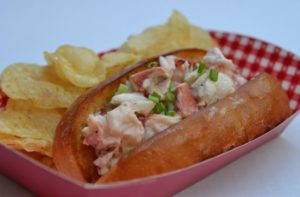 Streaky bacon.  Or as Murkins call it, “bacon”.  I grew up eating back  bacon (Brit style, kinda like Canadian bacon) and not “belly” bacon (as found in the U.S.), and I like both:  the pork-y, savory back bacon and the crisp, fatty streaky bacon.  But Murkin bacon with just a hint of syrup… stop me before I eat again.  (Thanks, Laura.) 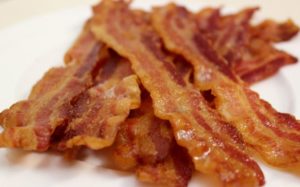 Hostess Twinkies. To call this gooey confection a “snack” is to slander snack foods;  eating one of these is childish gluttony par excellence — and then you have to have the second  one in the so-called “snack pack”.  Good grief:  no wonder our kids are clinically obese, if this is what we put in their lunch boxes.  Not that I’m envious, or anything.  (And for those silly people who might say that Twinkies aren’t a meal:  clearly, you’ve never eaten a ten-pack in one sitting, as I did in NYFC in September 1982.)  And no thanks to anyone:  I discovered these bad boys all by myself. 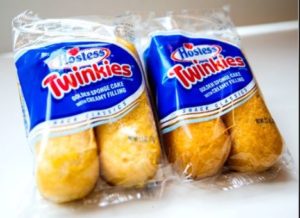 I had to write this post immediately after a big breakfast, otherwise I’d have been in trouble.

Feel free to add your favorite Murkin foods, in Comments.