As I may have mentioned before, the vast preponderance of my Army time was spent as a draftee in the South African Defence Force, as a musician in the Entertainment Group, actually a small unit of some sixty personnel in the Permanent Force (PF), but augmented by the addition of a few draftee National Servicemen (NSMs) usually, like myself, having been professional musicians before being drafted — Trevor Rabin of Yes  was an alum, a couple years before I arrived.

There was a Big Band, managed by the unit’s Commanding Officer Maj. George Hayden and staffed almost exclusively by PF musicians, and was of astonishing virtuosity and quality — mostly older men, many of them recording stars of an earlier era, they performed Glenn Miller-type material and played concerts all over the country.  Sometimes the concerts would feature solo artists, singers, violinists and classical guitarists, most of these being NSMs who’d been sent there after completing their basic training (boot camp).

Then there also were a few dance bands which played mostly popular music of all kinds, whether Top Ten hits, country music or Afrikaans Boeremusiek, “sakkie-sakkie”  as we irreverently called it (here’s an example).

And then there was Hogwash. 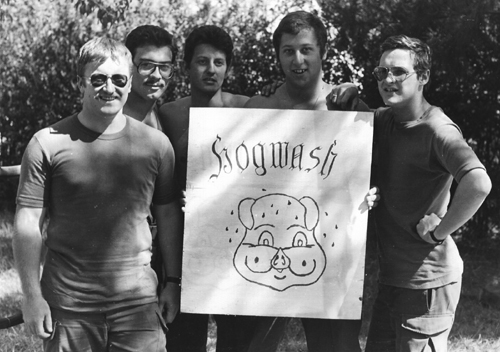 We were thrown together one Friday night because some Army unit was having a dance and all the Entertainment Group steady bands were already booked — I mean, we found out at 3pm that we would be playing at 8pm, and a two-hour drive to the venue lay between.  A frantic scramble followed, to get some band equipment together  — only I had brought my own gear into camp, so everyone else had to content themselves with equipment that none of the other bands wanted.  At least it all functioned, more or less.

We were saved by the fact that we were all good musicians — the others, to be frank, quite a lot better than I — and fortunately, our keyboard player Boze knew the lyrics and music to a jillion popular songs, so the rest of us just followed him along.  I knew a bunch more, of the Creedence Clearwater- and early rock ‘n roll genres, so we busked our way through five hours of music — and enjoyed the experience so much that we decided to make the band a permanent one (or at least for the remaining time of our draft).  We found an empty practice room, and set about putting together a repertoire that was astonishing in its variety (as you will see below).  And because our whole job was to play music, we played all day and every day, five days a week — sometimes taking two or more days to master a complex song.  We played gigs at military bases all over South Africa and, to our great joy, at forward combat bases in the “Operational Area” of South West Africa (later Namibia).  And we rocked.  We were better than a lot of professional club house bands, all but the drummer could sing, and harmonies became our stock-in-trade:  nobody  could sing with us, not even the pros.  As we already had a good list of oldies and party songs, we could concentrate on playing stuff that we wanted to play, and which made us all better musicians.

Hogwash was together for just under eighteen months, but it was quite honestly one of the happiest times of my life.  We had no responsibilities and nothing else to do but play, and play, and play — and when we weren’t playing music, it was like being in Monty Python, with wicked humor, outrageous behavior and general mischief in abundance.  (We discovered, for example, that “gronsk” was not a word, but a letter  — the first letter of a magic word.)

Here’s some of the music.

The Fez (Steely Dan) — played note-perfect, as we did a couple other Dan songs

Who Loves You (4 Seasons) — ooooh those harmonies

Lazy (Deep Purple) — we played this version, not the indulgent live one

China Grove (Doobie Brothers) — and a whole bunch of other Doobies

One Chain (Santana) — and a couple others by Carlos

I Wish (Stevie Wonder) — tough bass part and complicated backup vocals… I sweated bricks playing this one;  thanks a bunch, Stevie

I Just Wanna Make Love To You (Foghat) — hair band music, even though we had no hair

…and the song which we played in our very first impromptu gig, and never stopped playing thereafter because we loved it, and because Boze sang it better than Garfunkel:

Here we are playing at some dismal Army camp or other: 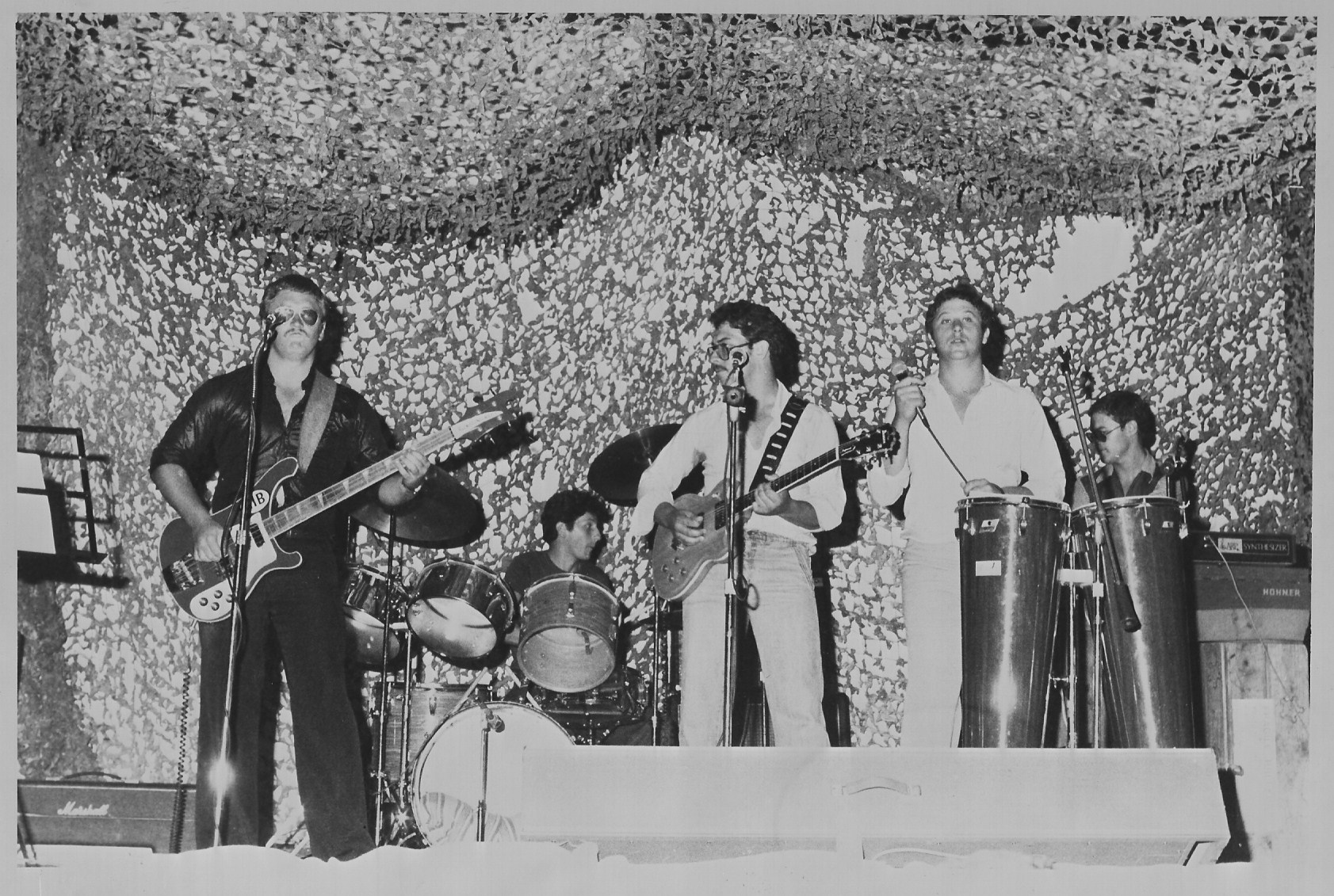 Sadly, although we’d planned on staying together and playing professionally after the Army service was complete, Boze decided that he didn’t want to play pro.  Without him, the whole thing fell apart.  “Grundelstein” the vocalist quit music altogether and went into the hotel management business.  I rejoined Atlantic Showband (believe me, it was no hardship) and played with them from 1979 until I emigrated in 1986.  “Bee” the guitarist and Franco the drummer went on to play for two of the most well-known club bands in South Africa (Circus and Ballyhoo, respectively, for those who might know what I’m talking about).

Not playing pro with these guys is one of my greatest disappointments in my musical career.  I miss them all still.