It appears that the U.S. Senate is getting serious about people using stuff they found on the Intarwebs:

A bi-partisan bill working its way through Congress could drastically change how copyright claims are processed, and would create a system to impose up to $30,000 in fines on anyone who shares protected material online.
In other words, the Congress wants to make it easier to sue people who send a meme or post images that they didn’t create themselves, essentially a giveaway to lawyers who sue unsuspecting suckers for a living.

…and once more, a little more of life’s pleasures is sucked dry by the lawyers and politicians.

One of these days, I can see people going to a party sued by the studios (especially the godless Disney Corporation) just for wearing a character’s costume without prior approval from an attorney at Bloodsucker, Lamprey and Leech LLP.

Having recently been sued (and forced to settle out of court) by some cocksucker and his copyright huckster attorney for using an old photograph (which can be found all over the Internet and which had no attribution when I found it, so copyright was impossible to establish in the first place), I know exactly what’s involved here.  (And if he or his shyster butt-buddy should chance to read this:  by not identifying you or the work involved, I’m not breaking the terms of our agreement, you money-grabbing motherfuckers.  It’s the principle  I’m talking about — not that either of you would even begin to comprehend the word.  FOAD.)

So as of today, expect to see only memes and such created by myself (e.g. see below), unless linked to the site of origin. 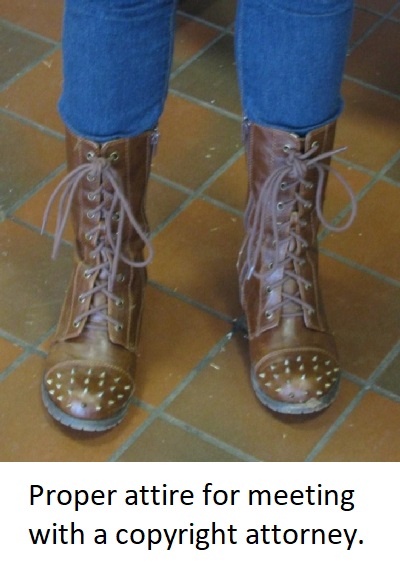 And that goes for the lawyers’ little lickspittles in the Senate as well.  FOAD all of you, too.