Part II from The Diplomad:

“As I noted a long time ago, [Lefties] change the meanings of words, so that the most basic units of thought and expression no longer mean what we once thought they did.  We can’t even use good old-fashion pronouns.  As per Orwell, they rewrite the dictionary, they make us hesitate when we think and speak, we must not give “offense” or reveal ourselves as “racist, homophobic, misogynistic” throw backs to a dark era.  They use fake bought and paid for “science” to convince us to give up our standard of living, to question whether labels such as “male” and “female” have any meaning.  They tear down flags, statues, and monuments; they want place names changed to erase our history.  They deliberately blur the distinction between citizen and non-citizen, between legal and illegal residents in our country.  They want open borders;  they, in sum, want a destruction of this country, and of Western civilization.”

Yeah, well that only works on the pussies.  I don’t think twice about “causing offence” before I write or say anything — and if I do, 90% of the time I say it anyway precisely because it does  cause offence.

And yeah:  their long game is the destruction of Western civilization.  ‘Twas ever thus, since Marx.

Which reminds me:  I need to buy some more ammo. 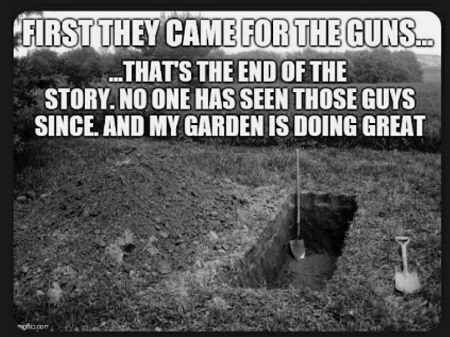