Uh huh.  And then we have this:

Global Meat-Eating Is On the Rise, Bringing Surprising Benefits
Sub-Saharan Africans currently have tiny carbon footprints because they use so little energy — excluding South Africa, the entire continent produces about as much electricity as France. The armies of cattle, goats and sheep will raise Africans’ collective contribution to global climate change, though not to near Western or Chinese levels. People will probably become healthier, though. Many African children are stunted (notably small for their age) partly because they do not get enough micro-nutrients such as Vitamin A. Iron deficiency is startlingly common. In Senegal a health survey in 2017 found that 42% of young children and 14% of women are moderately or severely anaemic. Poor nutrition stunts brains as well as bodies. Animal products are excellent sources of essential vitamins and minerals. Studies in several developing countries have shown that giving milk to schoolchildren makes them taller. Recent research in rural western Kenya found that children who regularly ate eggs grew 5% faster than children who did not; cow’s milk had a smaller effect.

In the reign of Emperor Kim, all those of the vegan persuasion will be exiled to sub-Saharan Africa, so they can never again be tempted into betraying their religion.

In the meantime, I’m going to help the New Wife in the kitchen: 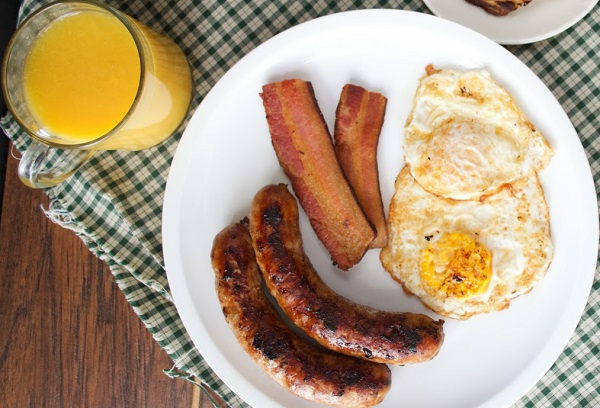 Can’t run the risk of becoming malnourished now, can we?