In the wake of last Saturday’s post about cheap carry guns, Reader Terry S. sent me this article, entitled “The Most Dangerous Handgun On The Planet?”  (talking about the Ruger SR40c). 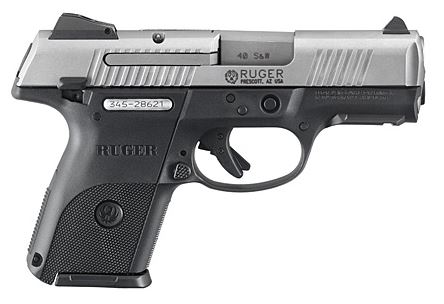 I must be getting older and crankier [no shit] but I am getting sick of articles like this, which basically regurgitate the manufacturer’s spec sheet and throw in a little Wikipedia history on some part of the deal.  (In this case, the short history of the .40 S&W cartridge, linked back to the Miami Shootout.  Yeah, whatever — who cares? because we all know about that infamous stand-off between undergunned FBI agents and a couple of better-armed goblins.)

So what does this article tell us?  Nothing.  (Don’t even get me started on the breathless hyperbole of the headline, which is pure clickbait.) Here are a couple issues I would have addressed.

Sure, the .40 is more powerful than the 9mm Europellet.  How does that translate into a compact pistol like the SR40c?  My own experience with the .40 S&W has not been that pleasant:  the sharp snap! of the .40’s recoil makes target reacquisition slower, and the recoil affects my accuracy quite substantially — and this in a large-framed Beretta 92FS.  And I’m not alone in this:  several shooters have reported the same issues, and there are reports of female cops and agents having controllability problems when qualifying / requalifying with their weapons chambered in the .40 S&W.  So how does the SR40c handle the recoil?

Is this pistol better than, say, the diminutive Glock 27, with which the Ruger compact surely must compete?

The article does compare a few features (e.g. having an external safety — unusual in such guns), but those are peripheral issues.  Is the SR40c more reliable?  Can it feed a variety of different ammo brands and types (which the G27 seems to be able to do)?  Is it as rugged as the Glock or the mini-Springfield XD Mod 2? 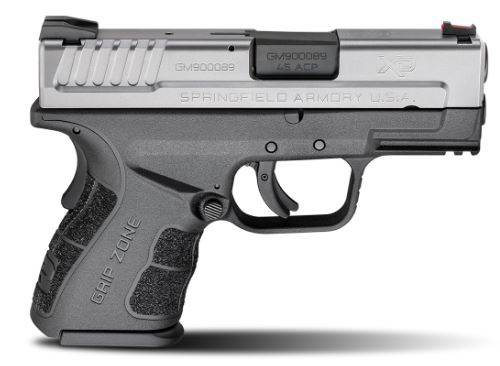 (I have to tell you, I kinda prefer the Ruger’s looks:  that smoothed-down slide and grip just shouts “comfort” and “easy-draw” — but the article didn’t even give us that.)

Now I have to grant you that The National Interest  is most assuredly not a gun magazine, but that just means that in future I’ll be less likely to look at their gun articles if they’re going to be superficial puff pieces like this one,

And as for the silly headline:  does the Ruger even look  as dangerous as this SIG SG553P?

(My question:  is the SIG really a pistol, or just a chopped-down pistol-caliber carbine?  But that’s a topic for another day.)