British vegans claim they have been mocked, derided and snubbed by waiters because of their lifestyle choices.
MailOnline spoke to three women about their experiences of adopting a plant-based lifestyle and all three said they had encountered problems when dining out – from milk in their coffee to salad containing eggs.
It comes after a study found that well over half of vegans (61 per cent) have faced difficulties and been ‘snubbed’ by waiters when eating out at restaurants because of their choice of diet.
A further 41 per cent claimed that waiters have accidentally served them food excluded from their diet, with a third (35 per cent) said they struggle to find the right foods when eating out.

Listen to this tale of horror:

‘On another occasion when ordering a vegan salad from the menu – I was brought the wrong food – a salad with anchovies and egg on it. When I pointed out that this isn’t my order, in response I got: “No, this is vegetarian, just what you asked for!” I then embarked on a long conversation explaining the difference.’

I can just imagine the tone of the “long conversation”.  And by the way, a “study” of a sample of a splinter section of society isn’t going to yield credible data, so take your 41% and 61% and eat it — provided the numbers are plant-based, of course.

Let’s see if I’ve got this right:  you assume behavior that sets you apart from the mainstream of society, then try to make everyone change to fit your freakish choice.  Ergo: 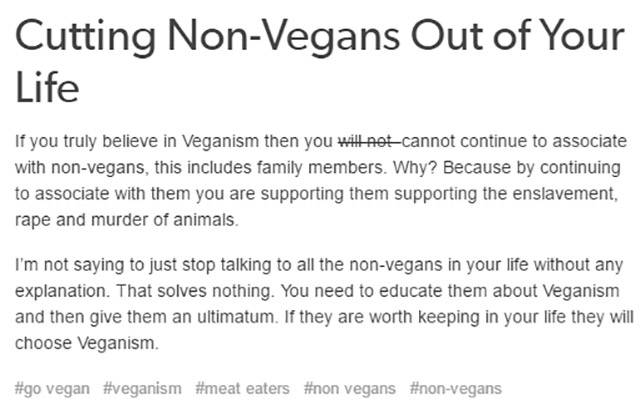 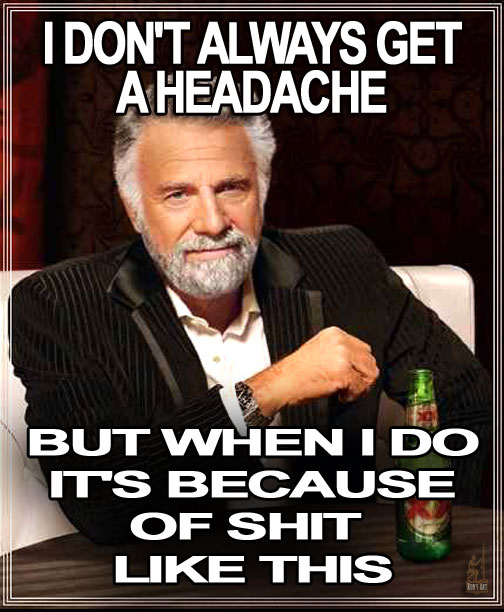 Veganism is not a lifestyle choice, it’s a religion.  And I’m an atheist.  The same, by the way, goes for bullshit eating restrictions like halaal and kosher.

All this talk of food has done the usual to me.  Time for brekkie. 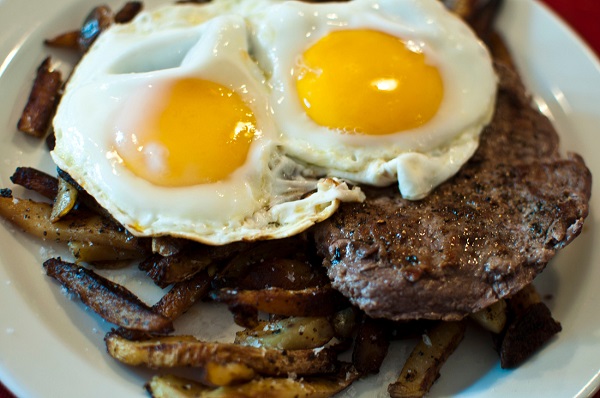 And I apologize for the “vegetable” part of the meal, but it was  cooked in beef fat.