Some Brit toffs just got married at the groom’s future digs (which he gets when his dad snuffs it), said shack being so vast that no ground-level photo can quite do it justice : 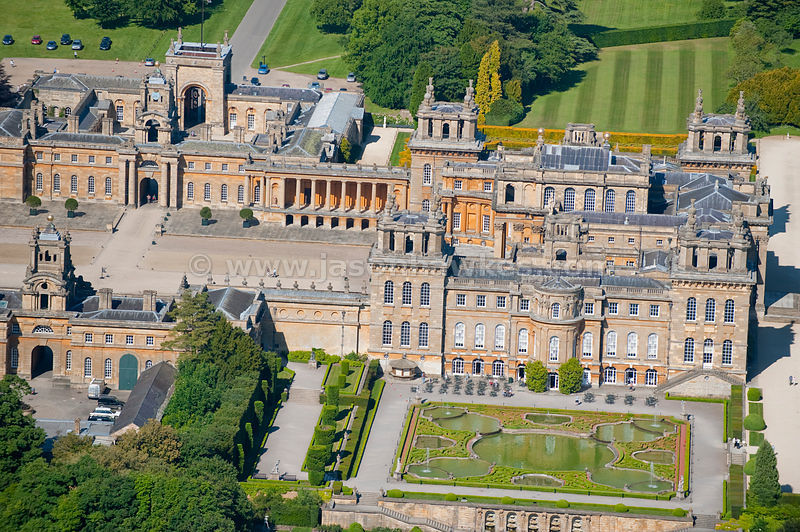 Now ordinarily I am disinterested in the couplings of nobility;  the nuptials of Lady Fontinella Waxwork-ffolkes and Lord Beastly Stiff-Upper-Lypp pass by my gaze unnoticed, and even Prince Harry’s marriage would have been disregarded by me but for the fact that the poor royal ginger ended up with some foul feminist Hollywood slag and was therefore only worthy of comment insofar as I predict that this unfortunate alliance will not end well (you heard it here 455th).

Anyway, the thing which caught my idle glance in the above report was this unfortunate description:

Say what?  I’m assuming / hoping that he wasn’t 5 years old, and she 10 when they became sweethearts… oh wait, it turns out that they met ten years ago when he was 16 (not really a “child”, was he?) and she ummmm…. carry the two, 21.  That’s a fair age difference but not overly so.

Phew.  I am relieved.  Of course, had this liaison been consummated in Murka, she’d have been facing statutory rape charges at some point (assuming that they’d started bonking soon after first meeting, as seems to be the custom these days), but I suppose the aristocracy has a much more benign attitude towards this kind of thing so it’s okay, albeit risky.  (Remember that Chinless Charles married Super-Sloane-Ranger Di when he was in his thirties and she yet in her teens, and we all know how that turned out.)  Also, the Dukes of Marlborough are outrageously wealthy, thanks to Great-Grandpappy Marlborough marrying a Vanderbilt girl, so maybe there’s a different rule for the rich when it comes to bonking sixteen-year-olds.

Anyway:  congratulations and good luck to the happy couple, who seem to be quite charming.  And as wedding pics go, you have to admit that this isn’t one of yer ordinary backgrounds: 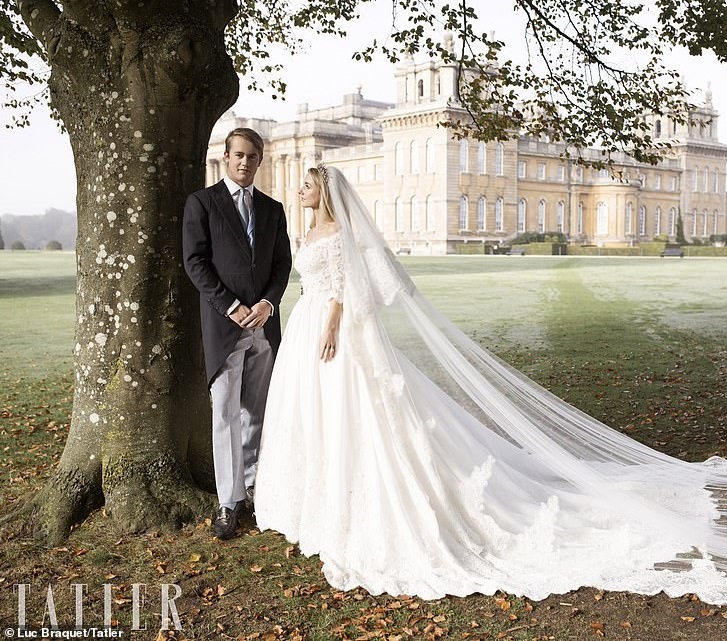 And all over Britain can be heard the gnashing of desperate debutante teeth as another eligible “catch” escapes their hooks.

Another age-distinct couple got married recently, and their backdrop was also rather special: 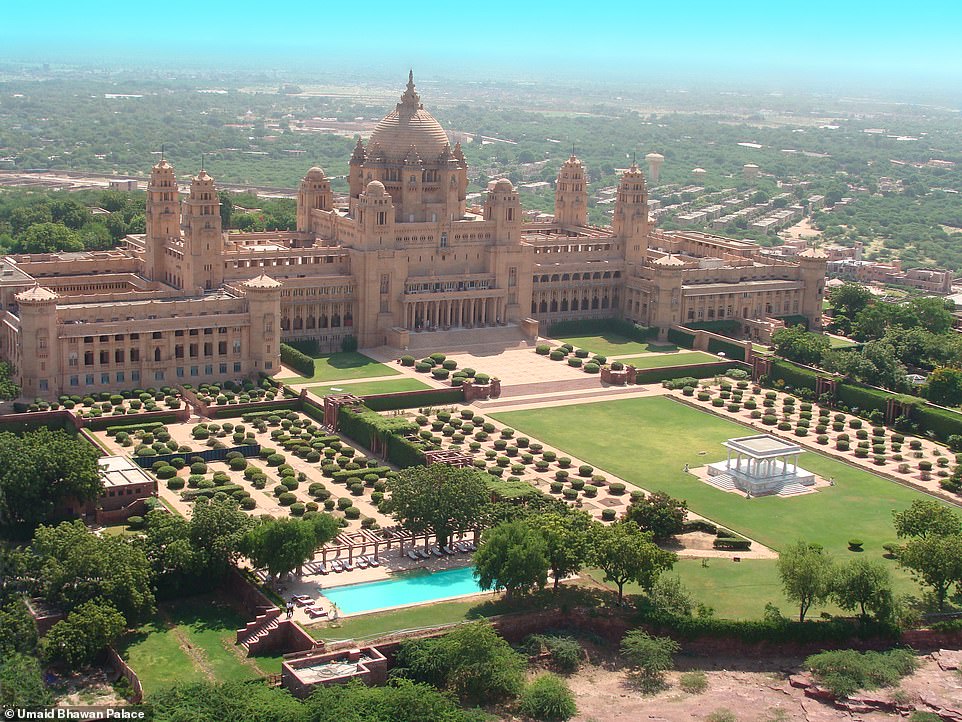 That’s the Umaid Bhawan palace in Jodhpur, but it’s not likely to be owned by either the bride or groom anytime in the future, as they are neither royal not even noble.  Like we couldn’t tell (note the bride’s ceremonial hand tattoo UGH): 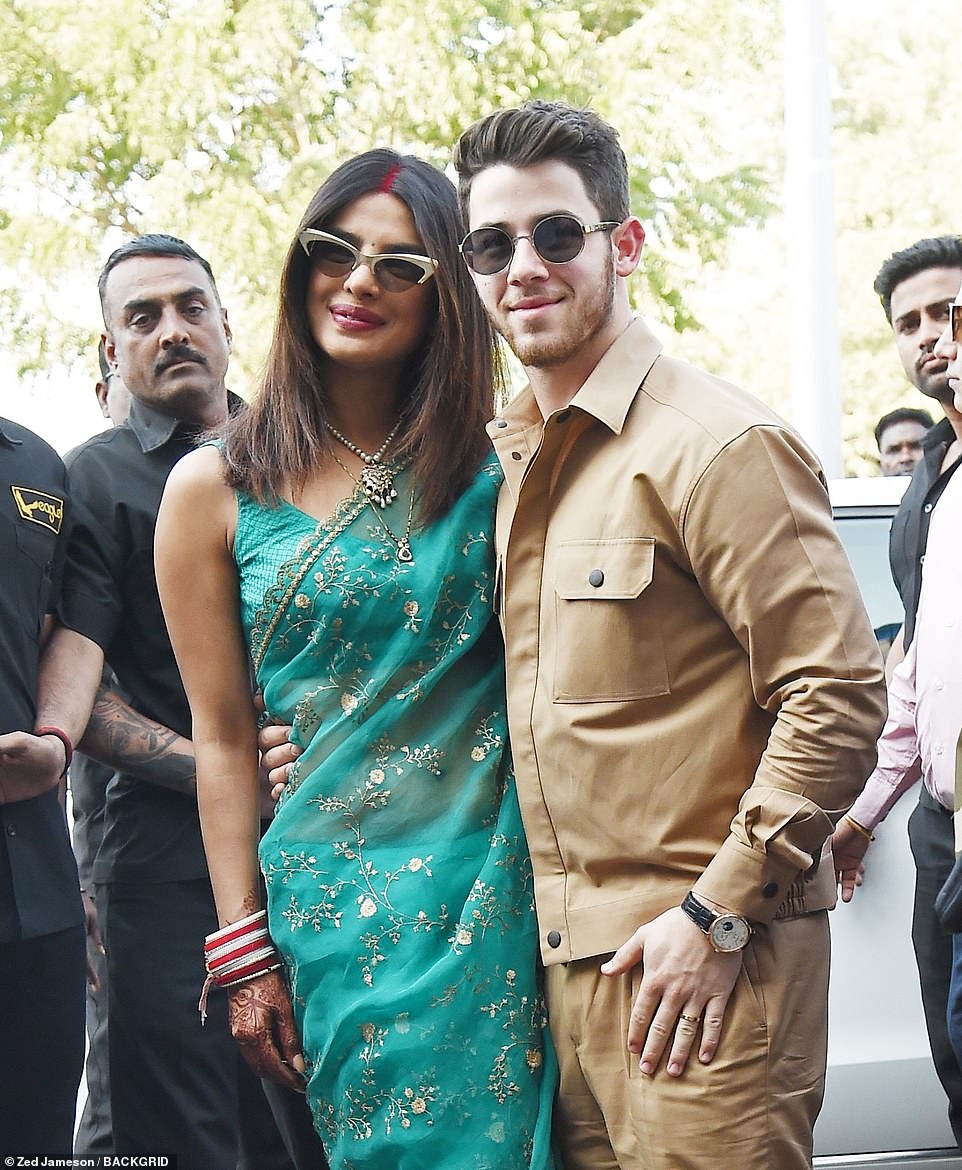 Anyway, he is someone called Nick Jonas, a one-time (or current?) pop star of whom I know nothing except that like the future duke (above), he’s 26.  His bride, like the Royal Ginger’s wife, is some houri actress named Priyanka Chopra, and who like the Marchioness Blandford is older than her husband, but she by some ten summers.

At least this couple are not “childhood sweethearts”:  the thought of a twenty-one-year old woman bonking an eleven-year-old boy… well, you know.

This marriage, I give a couple of years.  Call it a hunch.