My friend Doc Russia has a fixation about being prepared for any eventuality.  His gun collection is, shall we say, comprehensive — so much so that the last time he rode out with the North Texas SWAT team (a gig he volunteers for, uncompensated), he arrived with his latest toys and one of the guys burst out:  “Damn, Doc!  You’ve got better gear than we have.”  And it’s true.

One of the things that the SWAT guys need is transportation for the emergency doctor who rides out with them — to be more specific, transportation for Doc’s successor, because of course, Doc’s ride (which we his friends dubbed the “Doom Wagon”) could probably not only survive a nuclear blast, but also outlast the cockroaches which would survive that.  Even Keith Richards would shake his head and give up.

For those who are interested in such things, it’s a Toyota 4Runner, although after he’d finished with the mods, it looked like nothing Toyota ever dreamed of.  Here are a couple pics, just for you to get the idea: 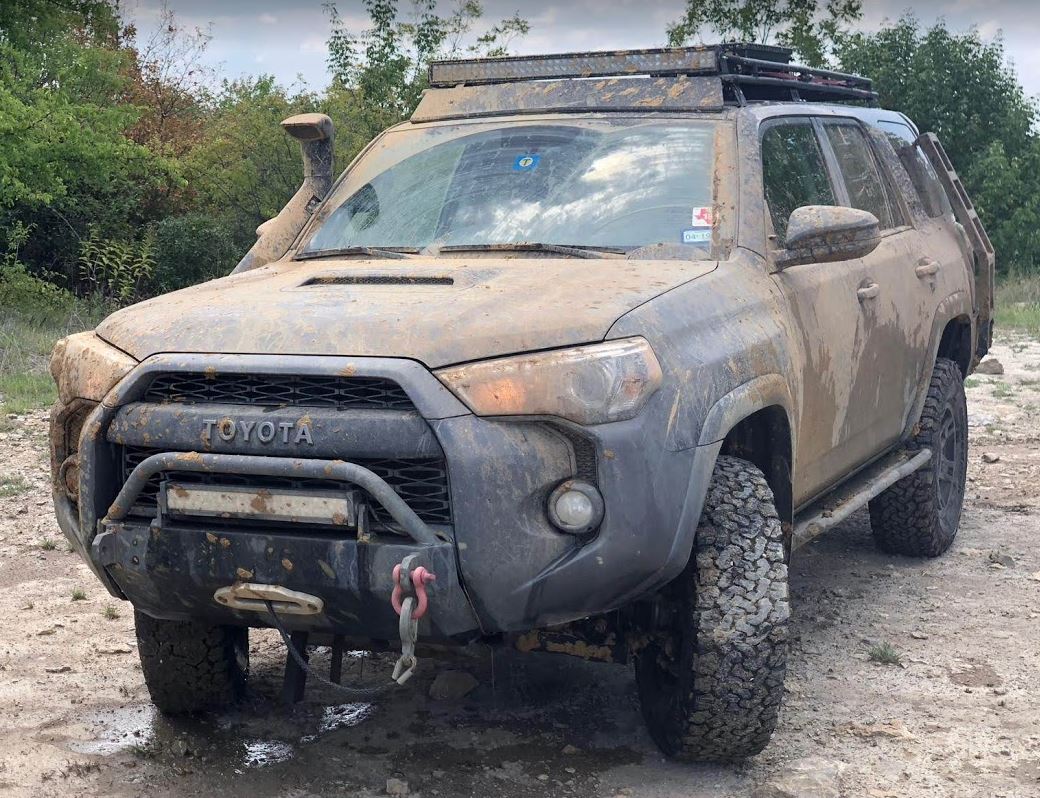 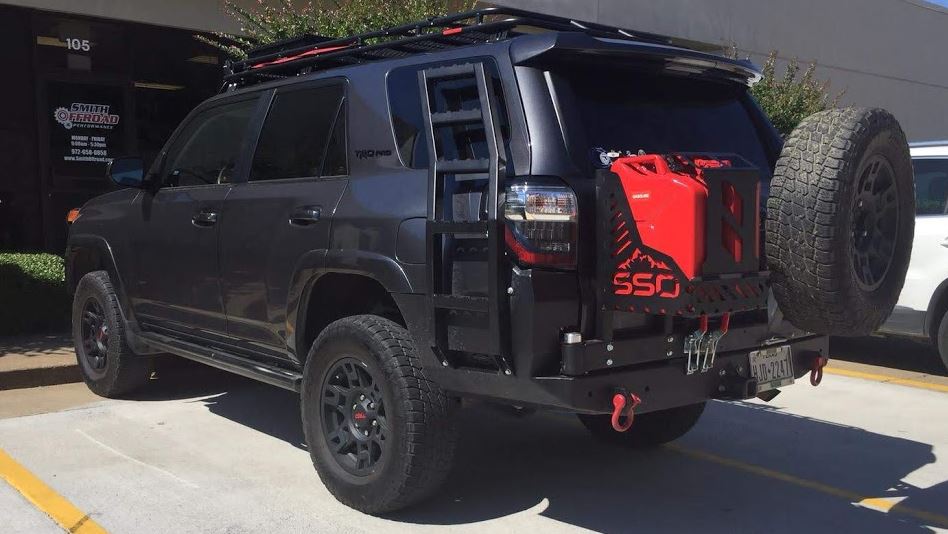 All this came from Doc’s need to be prepared for any eventuality:  it’s a bugout wagon par excellence, and as you can see from the latter pic, it carries spare fuel (it has to, ‘cos it be thirsty, mon).  Also inside is a giant medical bag, to save lives, and to take lives (if necessary), a semi-auto rifle in a hidden compartment and a spare Glock 17 in the glove box, along with shall we say an adequate  sufficiency of ammo for both.  Alert Readers will have seen the light bar, and the snorkel for deep-water fording, but would not have seen the massive steel underbody plate, the beefed-up adjustable suspension or the built-in air compressor (to be able to re-inflate a tire in case of a puncture).

So much do the SWAT guys covet this beast that Doc promised to transfer it over to them should he ever have to quit the gig, so his replacement would have its full use.  (It’s even deeded to N. Texas SWAT in his will.)

I don’t know why I’m using the present tense in all this, because last week the Doom Wagon was stolen out of the hospital parking garage while Doc was on duty in the ER.  According to an eyewitness, it wasn’t gone in sixty seconds;  the pro team of thieves (which it must have been) only needed about half  that before driving off in it.

So while Doc was saving lives in the emergency room, some fucking bastards stole his truck.

He’s insured, of course, but that’s not the point.  I’ve been with him almost all the way in his quest to create the perfect utility vehicle — we’ve sat and talked and argued about this option versus that option, weighing cost vs. performance vs. utility and so on — and in the end, all for nothing:  gone to a mope with a crowbar and a screwdriver.

Here’s what’s interesting.  Needless to say, Doc’s medical kit and the two guns with it are also gone, but that’s not what bothers him the most.

You see, his eight-year-old daughter’s favorite water bottle, complete with her name engraved on it, was also in the truck — and when I picked him up from work, he was most upset that he was going to have to explain to her that yes, there are bad people in the world, and because of them, she’ll never see her water bottle again.  It would have been her first experience of evil because like most good parents, he’s tried to shield her from the ugliness as much as he could.  No more.

You don’t  want to hear the details of our revenge fantasies, should we ever lay hands on these bastards.