Here’s the gun with which I learned to shoot the .45 ACP cartridge:  the Colt Combat Commander Model 70: 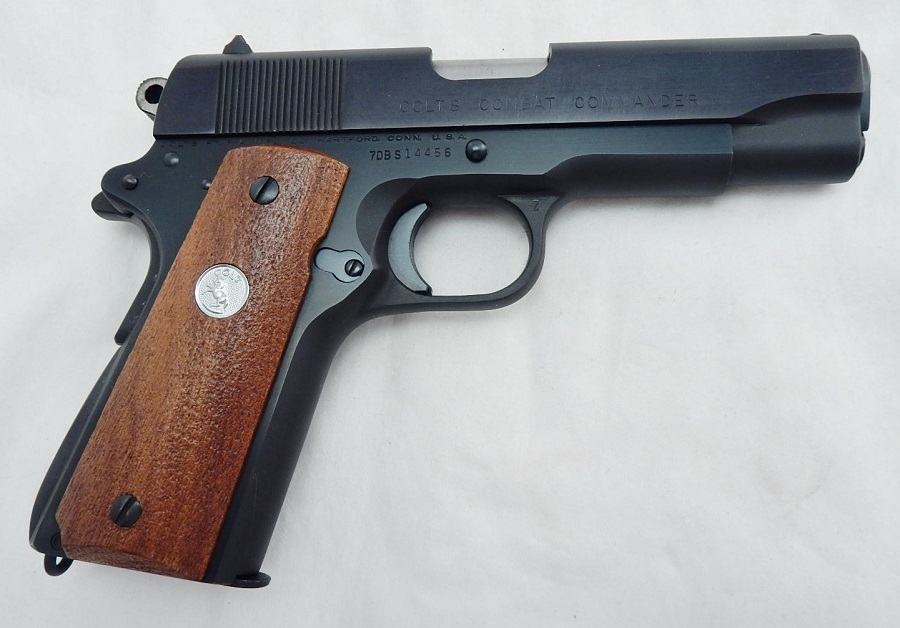 Now I’ve said a lot of bad things about Colt (the company) before, but I have to tell you, my Commander was an absolute joy to shoot, and I never had to do anything to improve it.  What’s more, it loaded, fired and ejected every possible type of .45 ACP I ever put into it, and within the confines of the shorter 4” barrel, it was as accurate as I could shoot it — which, I have to tell you, wasn’t saying much.  In those days, I had no patience, and every handgun shooting session seemed to involve shooting a box of ammo as quickly as possible, then heading off to the rifle range lanes to do the serious stuff, i.e. trying to get five rounds of .308 through a single hole with my Israeli Mauser.

It seemed pointless to me to spend a lot of time at the range trying to coax tiny groups out of a 4” barrel, when most self-defense situations involve distances of less than seven yards and shooting fewer than five rounds — when pin-point accuracy is largely irrelevant, really, as long as all the holes are in a sideplate-sized hole in the center of the target.

But to return to the old days:  after shooting off my first thousand rounds of .45 ACP, I could handle the Commander in my sleep, and saw no reason to spend more time than I needed “to keep my eye in”.  Ah, the silliness of youth…

To a certain degree, I still have some of that cavalier attitude towards large-caliber handgun shooting, and most especially with a carry gun.  Now, though, that’s confined to my backup S&W 637;  the 1911, however, always gets a thorough workout.

And here’s the scoop:  the smaller 1911 frames like the Combat Commander are a perfect compromise between stopping-power and concealability — for a man.  I think that women need something which either tames recoil better (i.e. a larger-frame pistol) or else should shoot a cartridge which has less recoil to start off with.  Or both.  Like this shiny Combat Commander in 9mm: 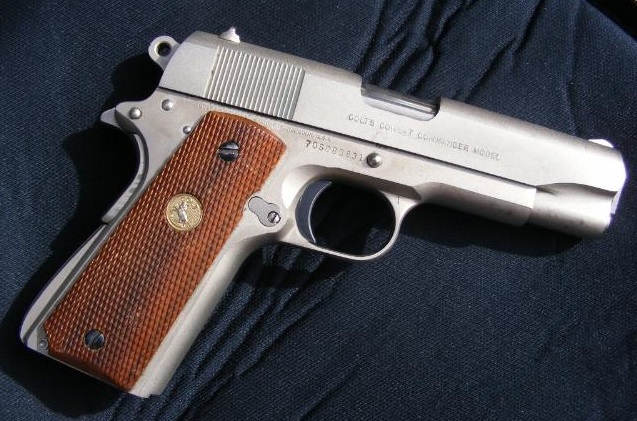 And yes, I know there are women who compete in IPSC and all that jive, using full-frame 1911s to shoot .45 ACP.  (David also killed Goliath — but that’s not the way to bet.)  The stainless Commander fits every bill for the ladies, I think.

As for me:  would I use a Commander for my carry piece nowadays?  In a heartbeat.