As I said in Comments to this post, torching a guy’s car just because of a bumper sticker is a felony.  Sorta like this: 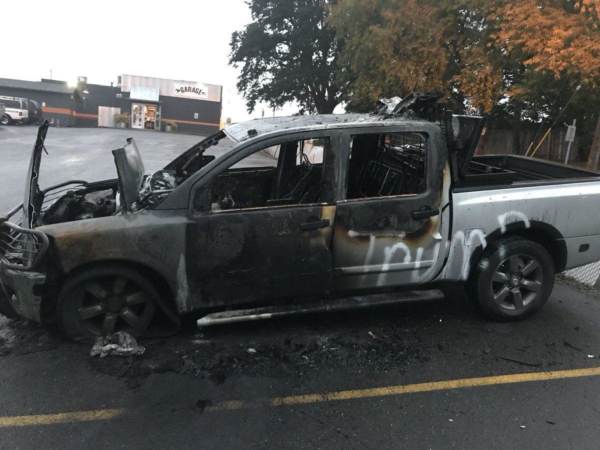 A man in Vancouver, WA returned to the bar he had left his truck at the night before to find charred remains of what used to be his Nissan Titan. On the previous night, Johnny MacKay opted to take an UBER home rather than take to the roads under the influence. He left his truck in the parking lot, expecting to drive it back the next day. Except some anti-Trump terrorists got it to first, setting it on fire.

This being the Pacific Northwest, don’t hold yer breath waiting for any arrests.