Yesterday I lazed away the entire morning in bed, snoozing, catching up on a few old favorite websites, reading the news and watching a couple of stupid YouTube videos — you know, just yer everyday laziness.  I did have a couple chores to run, but none were critical so I kept putting them off till later until pretty much the whole day had passed by.

I’d like to say I felt guilty about it all, but I didn’t;  and when during a rare moment of introspection I paused to wonder why not, I realized that I am retired, and I don’t have to do anything I don’t want to.

As I said, I don’t feel guilty about this, at all.  And the corollary thought came to me that this guilt (that I didn’t feel) is probably caused by the fact that everyone has to be busy these days:  that inactivity is seen as a Bad Thing, or Laziness, and that I should be more like those old fools who spend their retirement walking in the Andes or going on adventures in the Amazon, or (eek) bicycling across Siberia or some equally-foolish nonsense.  Good grief, even camping makes me feel jittery.  I don’t do the latter because I did enough when I was in the Army, and even if someone did force me to do it, my reaction might be to equip myself with something like this: 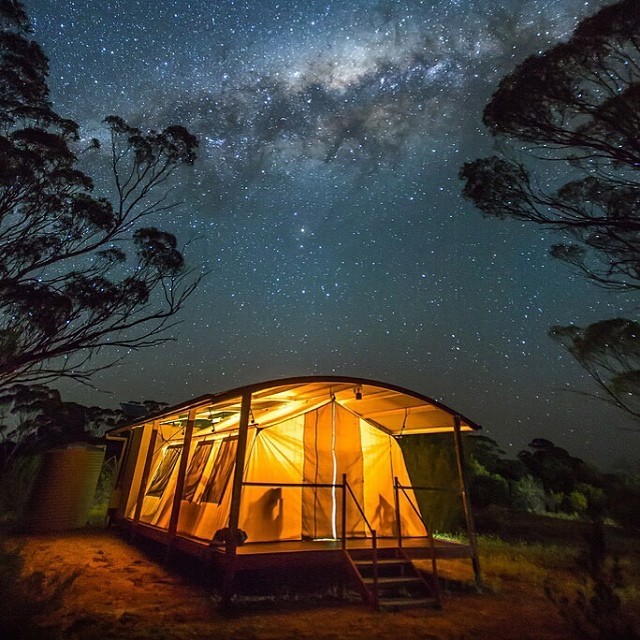 Note the rain shield, the wooden floor (elevated so you don’t have to walk on the dirt, and so that any rain will drain away outside the tent) and so on.  On the other hand, there’s even a word for this: glamping (glamorous + camping), which is such a precious term I would not only not do it myself, but I’d punch someone in the face who boasted about having done it.

If you want to really rough it, stay at a Motel 6 in some small country town.  That’s about as far as I’ll take it.

But let me drag myself back to the original topic.

I don’t have any problem at all with a life of idleness after retirement.  I’ve worked fucking hard my whole life — even my hobbies, like paying in a band, were strenuous.  (Yeah, driving miles to a gig, setting up all the gear, playing like maniacs for five hours, then, when all the partygoers have gone home to bed, having to pack the gear back up, drive back to town and unload it all into the storage locker to be ready for the next practice — it’s not all fun fun fun.)  And as for my jobs:  stress, long hours, massive responsibility, brain-draining calculations and study — it’s a wonder I survived to age fifty, let alone halfway into my sixties.

So now I prefer to live a life of quiet contemplation and idleness — reading books (not too challenging, because I don’t want to overload my already-overworked brain), shouting at the TV, writing this blog and in all senses of the word, letting my life slow to a crawl before old age stops it altogether.  (I know, there’s that Uber nonsense that I do, but it’s manageable and I do it on my own terms anyway in order to fund good things like travel, fine food, single-malt Scotch and, very occasionally, a decent gun.)  I have my friends and family, and all of them know this about me because I’ve told them, in no uncertain terms.

As for the rest of it, it can all drift away on the tides of my indifference because I just don’t care a fig about it anymore.  All I’m looking forward to is annoying my kids when and if they present me with grandchildren to spoil — and if they don’t, c’est la vie.

And now, if you’ll excuse me, I think I’ll go out for some breakfast.  I’m lazy, but not that lazy.