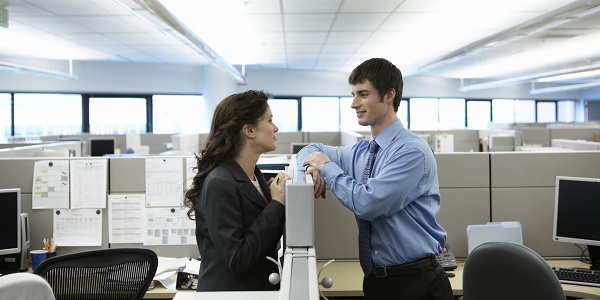 “Never dip your pen in the office ink.”  — old saying

“Total bullshit.” — Kim du Toit, commenting on the above.

This post was prompted by this article, and here’s why I have that opinion.  Outside random encounters with the opposite sex (grocery stores, bars, bus stops etc.) or being “set up” [sic]  by friends with the best intentions, the office is the best place to meet someone of the opposite sex.

And it’s mostly A Good Thing:  when you work together, you’ve seen the person at their best and at their worst, you’ve seen how they get on with other people, they’ve  even been marginally pre-screened by HR — i.e. unlikely to be axe-murderers and the like — and by having social intercourse before sexual intercourse, a whole bunch of familiarity can be acquired without too much effort.

How do they respond to challenges, setbacks, scumbag bosses, back-stabbing coworkers, deadlines?  Are they generally scruffily dressed, or do they maintain a decent appearance?  Do they have good table manners (noted during office lunchtimes) and can they hold their booze (ditto)?  The list goes on, and on.

The workplace has the ability to be a better matchmaker than Tinder, as 1 in 4 workplace romances actually end in a marriage.

Of course, there are all sorts of caveats involved with an office affair, especially nowadays when Teh Feministicals and HR [some overlap]  have labeled such activities as Totally Rape and Unsafe Environments For Womyns and OMG! He Looked At My Boobs! (usually when said appendages are displayed by a low-cut blouse which would make Linda Lovelace blush).  I’m sure you get the picture;  Corporate America has demonized everything that makes business life bearable, such as wonderful institutions like three-martini lunches, office bowling nights, Christmas parties (I’m not even gonna go there) and all the other things which allow us to be, well, human beings instead of cogs in their  fucking profit machines.

Of course, because we are human beings, all their pathetic little rules and all the opprobrium cannot stop 5-10% of people from bonking at the office — even when, according to the article, discovery occurs about 20% of the time.

All that said, I have to admit that I myself have never actually bonked anyone at the office, per se.  I have, however, had several wonderful love affairs with coworkers over the years, all because the circumstances were favorable and my partners willing.  And nothing bad ever happened as a result of any of them, because I made sure to follow all the rules listed below.

Of course, all this is fraught with danger nowadays, because even a little indiscretion can screw up your job or career.  That is not going to stop this stuff from happening, ever.  Whether Teh Feministicals, HR or the bosses like it or not, 5-10% of employees are going to bonk at the office, and a larger percentage (maybe 25%) will have an off-premise affair with a coworker (as I did), outside the offices of Global MegaCorp Inc.

The biggest thing you have to think about with an office affair is quite simply this:  you’re giving the power over to someone else — that power, of course, being the power to cost you your job or career.

So my quibble with the “office ink” dictum is simply with the word “never”.  All I’m saying is if you think the bonk is worth all the risks and potential minefields which face the two of you, go for it.  Just be aware of said risks and minefields — you know, think like a grownup would instead of a foolish child — but that done, get going.  It might be the opportunity of a lifetime.  Yeah — and I’m talking to the men, here — it might be foolish, but what’s life without risk?  And what if you’re Roger Sterling? 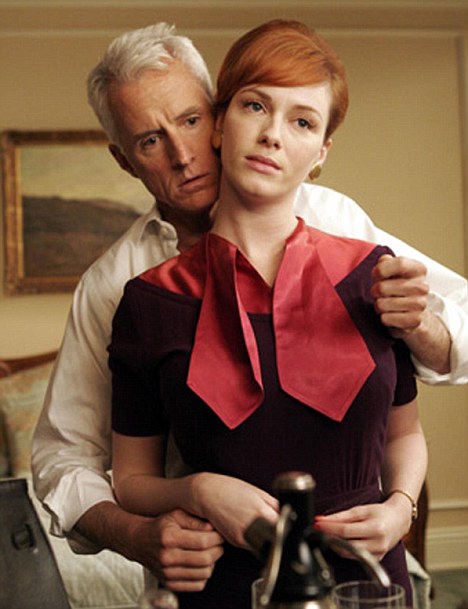 Think she’s worth the risk?