Not having been a frequent visitor to Lucky Gunner, I was unaware that they don’t just sell ammo — and in case there are others like me, allow me to introduce you to their excellent shooting-for-beginners series, Shooting 101. Then look at the next series (which is equally good): Start Shooting Better.

And the website is chock full of such articles. Prepare to spend quite some time getting through all of them.

There’s a German idiom “Immer werder lernen“, which roughly translated means “There always something to learn”. Such is the case with the two Lucky Gunner series — I’m kicking myself at discovering a couple of bad habits I’ve picked up over the years — and in this age of smaller “pocket” pistols, their “How To Shoot Small Pistols Better” is an absolute gem.

And Chris Baker gets off some memorable lines, e.g. when talking about shooting revolvers:

“What it comes down to is that the long double action trigger press forces the shooter to maintain correct technique 100% of the time in order to not completely suck.”

Here’s a gratuitous picture of a beautiful gun, just because. It’s a S&W Model 24 “Heritage”, chambered in .44 Special. 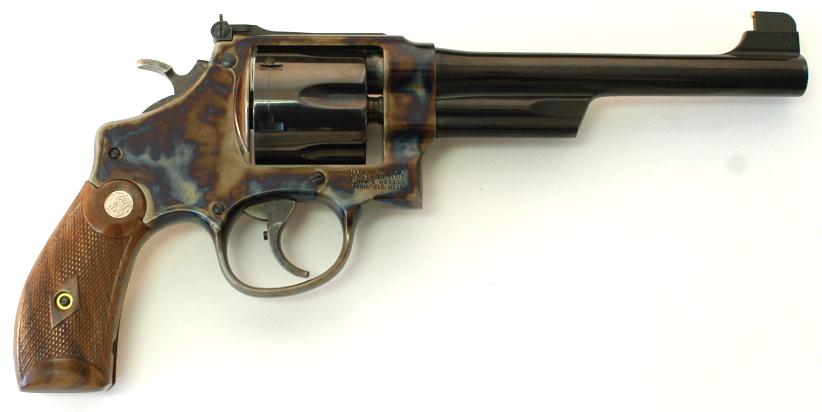 And now, if you’ll excuse me, I’m off to the range… to work on eliminating some of those bad habits I discovered. And to make sure that I don’t completely suck.