I heard this news with the greatest shock imaginable:

Gibson guitar company, which has been a staple brand among various musical instruments since 1902, is facing bankruptcy.
According to the Nashville Post, Gibson’s chief financial officer, Bill Lawrence, left after six months on the job and just as $375 million in senior secured notes mature and another $145 million in bank loans become due if they aren’t refinanced by July. The departure of Lawrence was seen as a bad sign for a company trying to re-organize.
The company, which generates $1 billion a year in revenues, recently moved out of its Nashville warehouse, where it had operated since the mid 1980s.

To call Gibson guitars a “staple” in music would be guilty of the world’s great understatements. The only equivalent I can think of would be “Mercedes Benz, which has been a staple brand among various automobiles since 1899, is facing bankruptcy.”

I have to say upfront that I’ve never owned a Gibson guitar myself — I was a bass guitarist and the Gibson basses never did it for me as much as my beloved Rickenbacker 4001S — but good grief, some of the greatest rock music ever performed was done on a Gibson. If I were to show pictures of famous rock guitarists playing their Gibsons, we’d need extra storage space for this website on the server. Let just one sample thereof suffice: 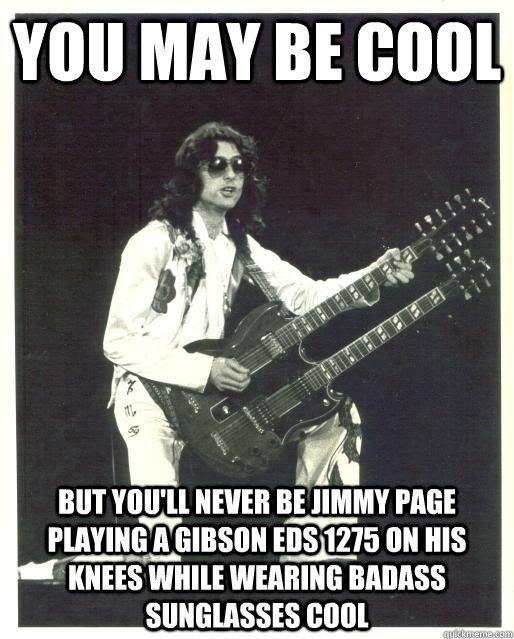 And the EDS 1275 isn’t even my favorite-sounding lead guitar, either: that honor belongs to the SG Deluxe. 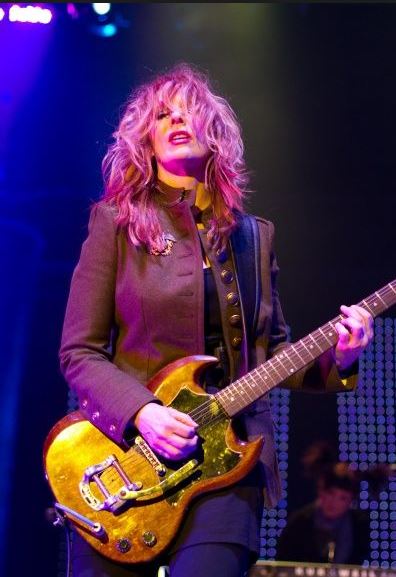 I know, that’s not a Deluxe (it doesn’t have the three humbucker pickups, as below): 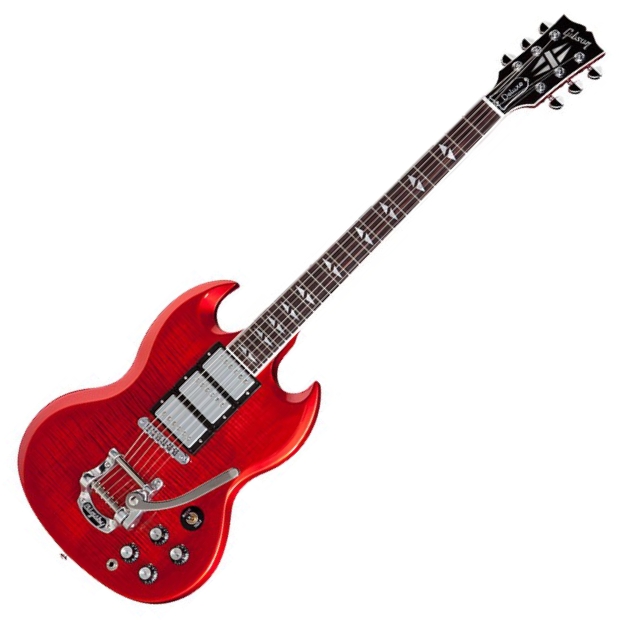 And I’m going to hear it from all the Les Paul fanbois now, but as a rock musician — and lest we forget, the Les Paul was originally designed as a jazz guitar by (duh) Les Paul — nothing beats the clarity and crunching sound of the SG at full throttle. (AC/DC’s Angus Young seemed to like it, and even though I hate the band’s music, Young’s guitar sound was beyond-words incredible.)

That said, I also loved the Les Paul when our guitarist Kevin played his (even though I preferred the sound of his Fender Stratocaster). This isn’t Kevin: 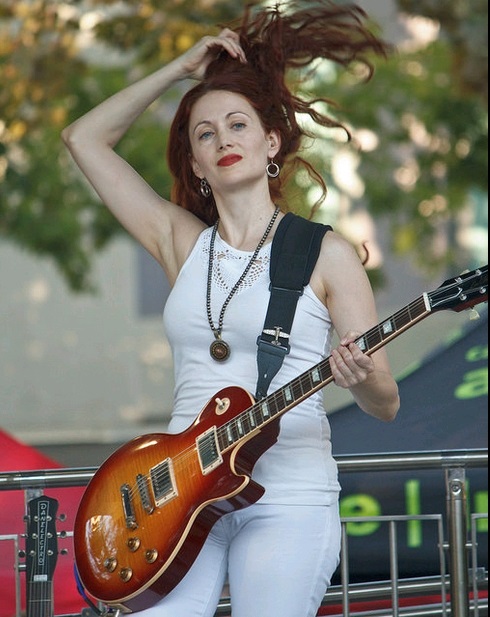 By the way: a guitar’s sound is such a personal thing; please don’t get offended if you prefer the Flying V. 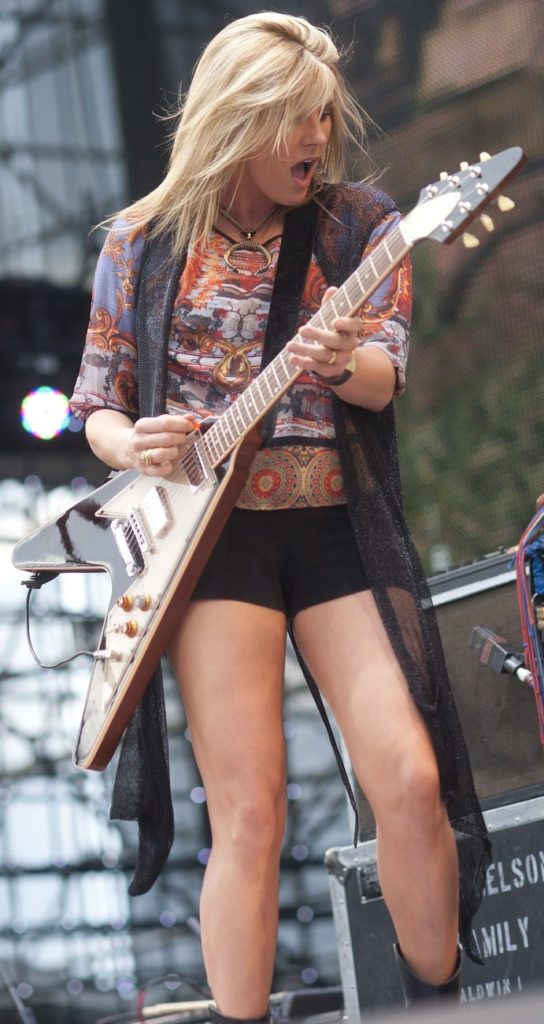 …and don’t even get me started on the smooth, mellow sound of the venerable Gibson 335: 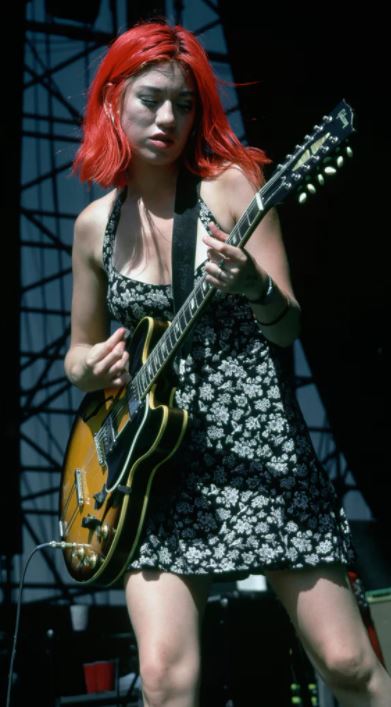 And even though I’m a totally crap guitarist (of the 6-string genre), I’ve always wanted to own a Gibson Montana Rose: 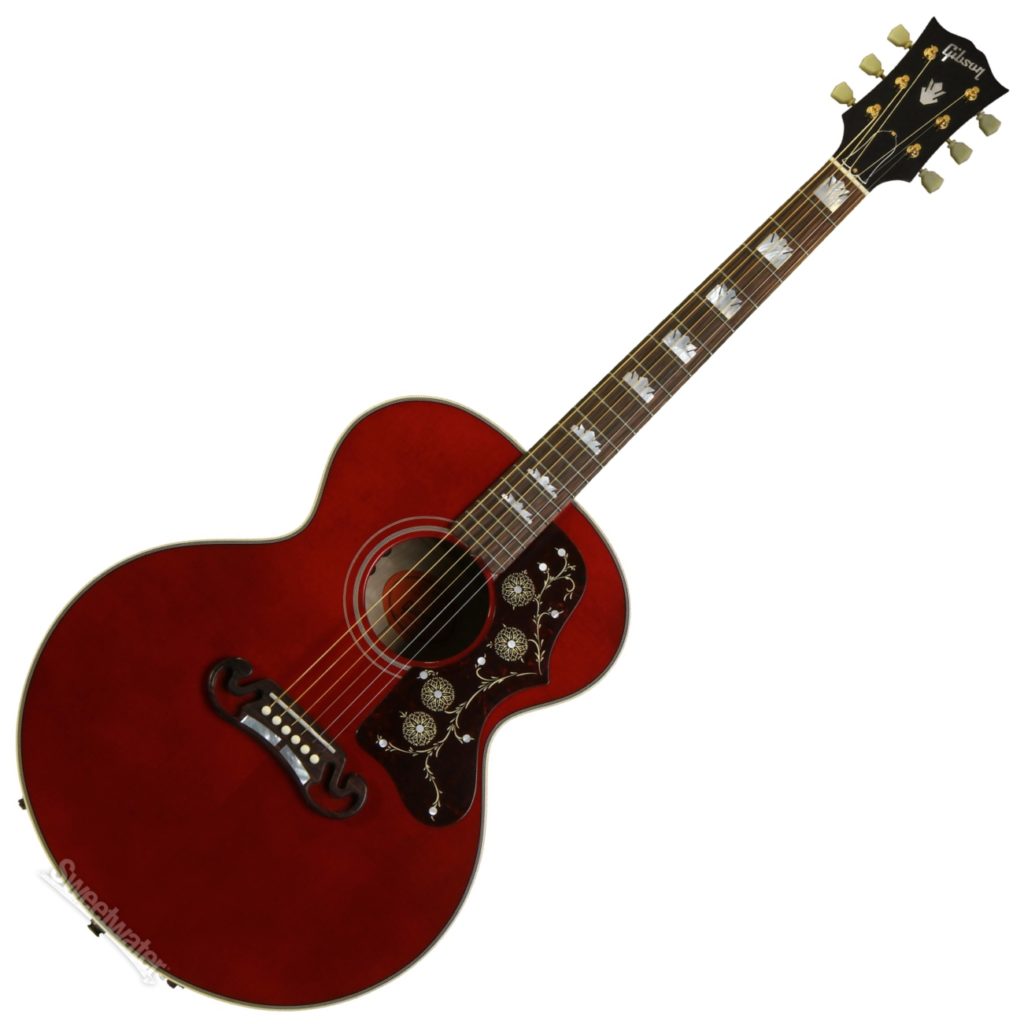 Yes, it has a voluptuous shape akin to Nigella Lawson. Go ahead and laugh at my oh-so transparent lusts…

Perhaps only now can you imagine the despair I feel at the terrible news above. I know, I know; the company may fall over, but the guitars will live on, somewhere, somehow. Still…

And never let us forget that Barack Bastard Obama spitefully (and illegally) unleashed his goon squad on Gibson for using “endangered” woods in their fretboards (they weren’t), simply because Gibson’s boss was a Republican donor. Just to make up for that piece of political thuggery, Gibson Guitars ought to live forever.

Dramatis personae:
On the SG: Nancy Wilson of Heart
On the Les Paul: Gretchen Menn of Zepparella
On the Flying V: Grace Potter
On the 335: Miki Berenyi of Lush
Not on the Montana Rose: Nigella Lawson