Yesterday I talked about Greggs, and Alert Readers will have seen from the picture of the Earl’s Court outlet that next door is the Paul Café. 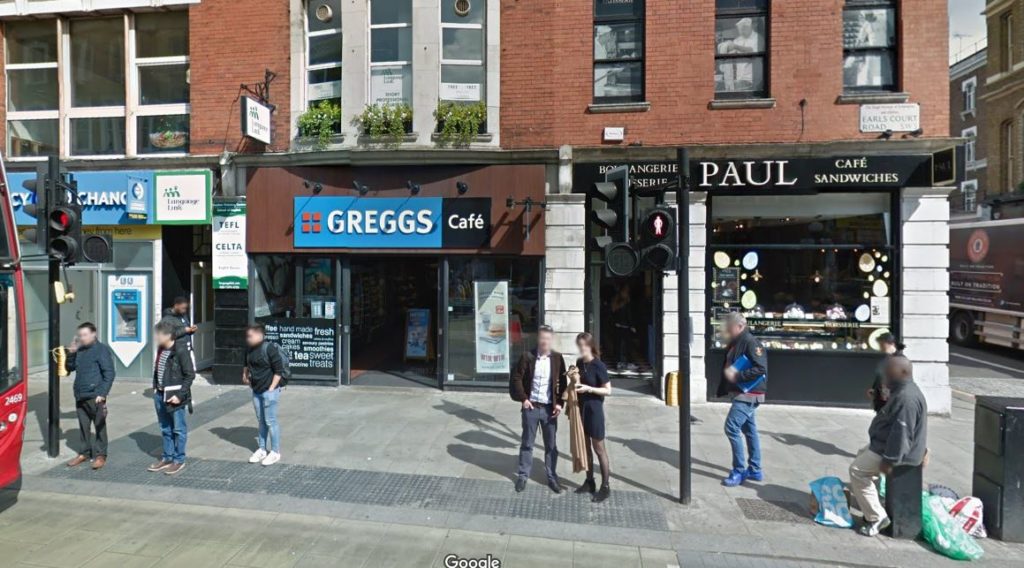 Paul is for people who think that going to Greggs is infra dig. I discovered Paul one day when the line of Greggs customers ran out the door into the street (in pouring rain), and not interested in waiting that long for a pastry I went next door instead.

As the decor suggests, Paul is more up-market, and unlike the Britain-only Greggs, they’re an international organization. (In the U.S., they’re in the Washington D.C. area, Dade County FL and Greater Boston, as I recall.) They’re all over London, I noticed, although I never went into any outside Earl’s Court.

Also unlike Greggs, which is more of a kiosk than a restaurant, Paul is a more Parisian kind of place: more relaxed, more comfortable and more expensive (and in rush hour just as busy, unlike what the pictures below would suggest). 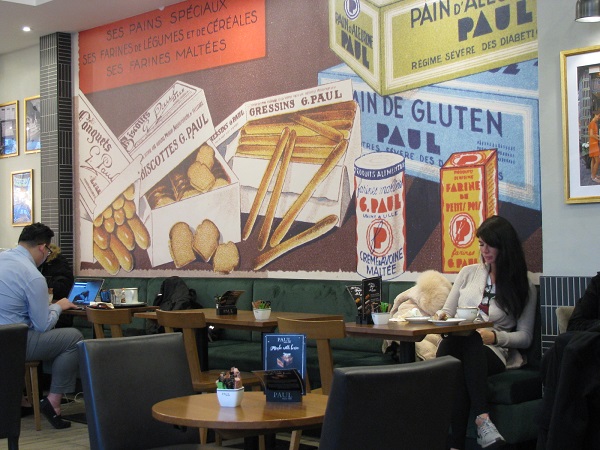 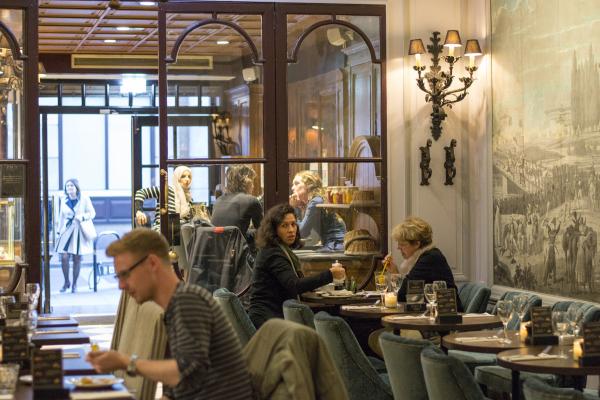 However, if it’s French-style food you’re wanting — and I do, almost all the time — Paul has you covered like a king-size duvet: 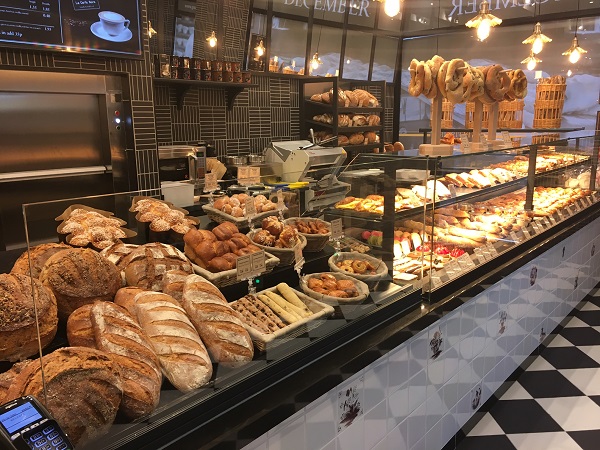 Good grief. This is yet another place where I could eat breakfast, lunch, tea and dinner for a week and not get close to trying all the dishes available. And everything — everything — is freshly baked, like Greggs. Unlike Greggs, where the ovens are right behind the counter, Paul’s bakery rooms are either upstairs or in the basement — that steel door on the left of the pic isn’t an oven but a dumbwaiter which drops off fresh merchandise every few minutes, as the sales numbers from the registers indicate turnover. It’s a very efficient system and as a one-time retailer, I applaud it.

Oh, and one more thing: I think that Paul’s coffee is better than Greggs’s coffee, although not by much. Greggs’s tea, in contrast, is much better, perhaps because the Brits know more about tea than the Frogs. And as the pics indicate, Paul’s seating is more comfortable — in the smaller Greggs stores, come to think of it, there are no tables at all.

I love Paul. Now this is a store which I do wish would open in Plano, if only for the reason that inexplicably, we have nothing of its kind in the area (sorry, La Madeleine doesn’t count). There are a couple of near-misses, but if Paul opened here, I’d have to walk five miles a day instead of my customary two, just to avoid the Zeppelin syndrome.

Another thing I like about Paul is that their outlets aren’t cookie-cutter lookalikes. Here’s the South Kensington shop: 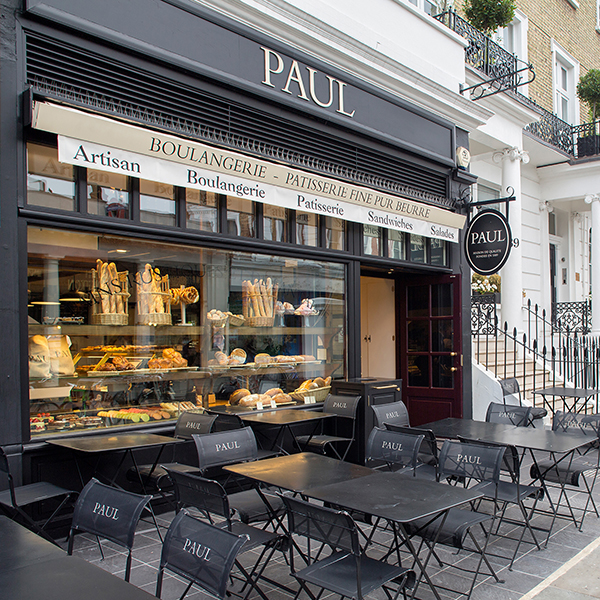 The outside tables and chairs are, I think, an act of purest optimism given the typical London climate, but you have to give them kudos for trying to make the place more Parisian.

The next time you go Over There, don’t leave Paul off your list. As I said earlier, they’re all over London so there’ll probably be one nearby wherever you find yourself.

No need to thank me; it’s all part of the service.