I didn’t really know what to expect when I decided to go and see the house where I grew up (ages 3 – 23). Given that Johannesburg has turned into a series of walled fortifications, I expected not to be able to see the house at all. Here’s an example of the security almost all houses surround themselves with these days: 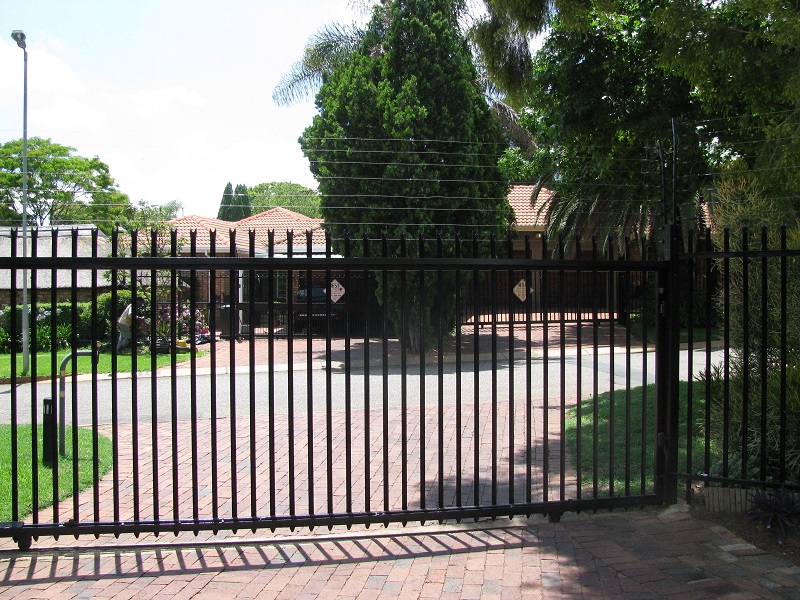 …and mostly, the gates are solid wood or steel, to prevent “crash” robberies.

So my heart sank a little when I turned onto the old road, and saw this: 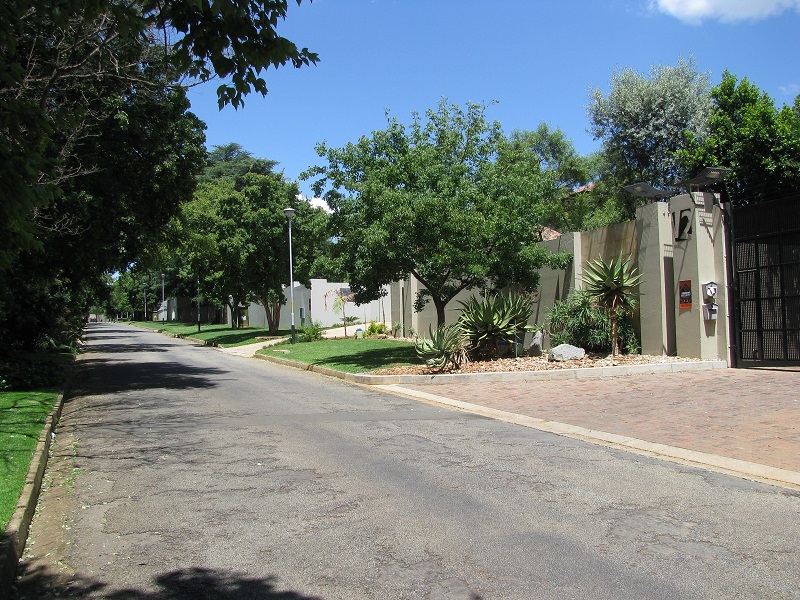 …but when I got to the old house, I was pleasantly surprised to see that the current owners have not succumbed to paranoia (or, to be cynical, prudence): 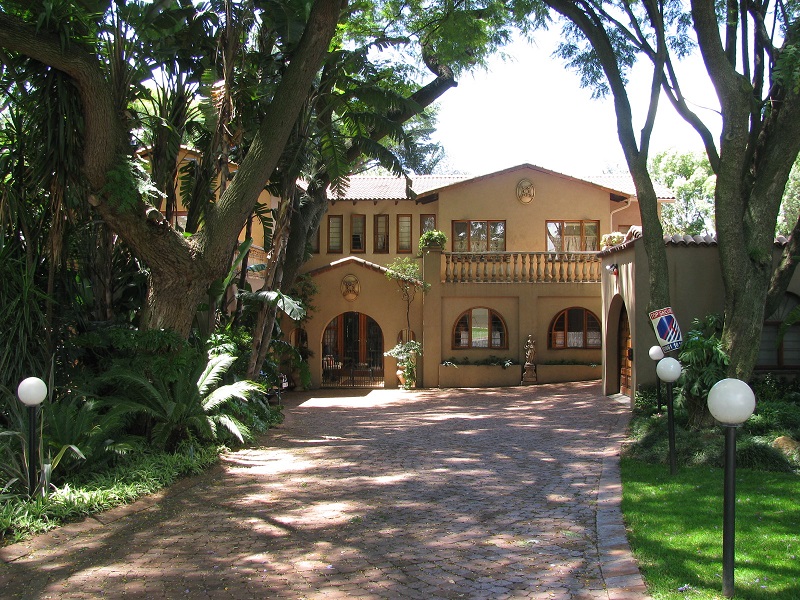 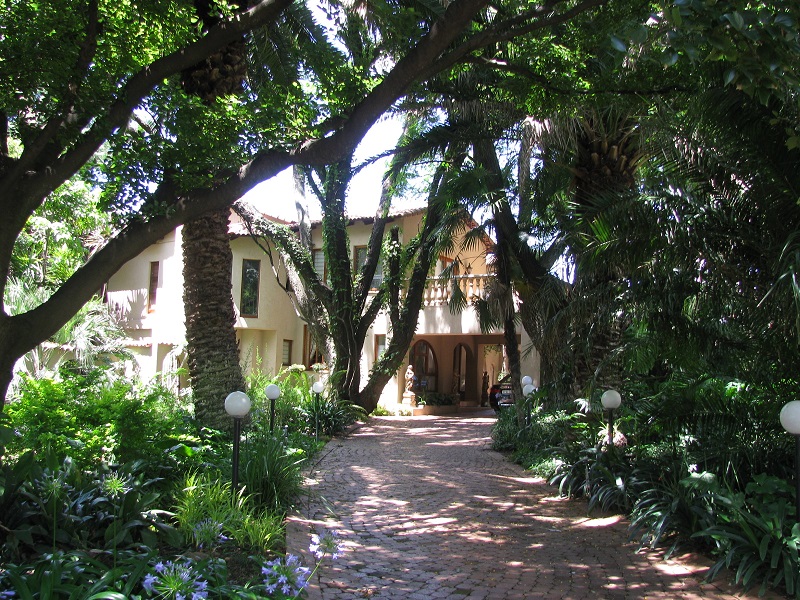 The place has changed quit a bit (and for the better, I think), as it now has a Mediterranean feel to it. When my father originally built it back in 1957, it was the height of 1950s architecture — i.e. pig-ugly by today’s standards — but now its design is almost timeless.

And having just come from the south of France, I like this far better.

Some details: it sits on a hectare (about 2.5 acres), and while some of the other places have been subdivided into two, old Number 7 hasn’t. The house is about 4,000 sq. ft in size, unless they’ve added on some more in the back, which I couldn’t see through the trees. 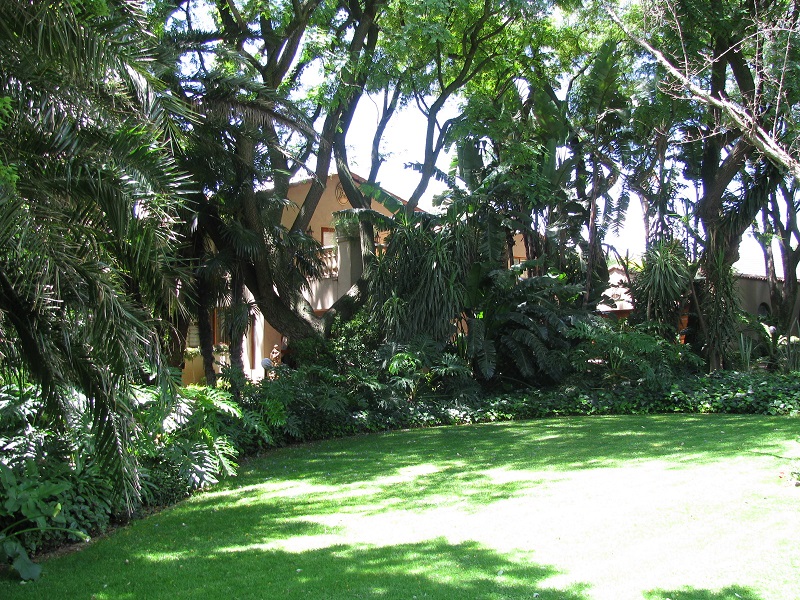 It looks quite lovely, and I’m glad I got to see it.

Tomorrow, I’ll talk about what I’ve seen in and around Johannesburg.