“Here” is “anywhere along the Midi (Southern France coastline)”, where I spent last week. Never mind the usual tourist pics like this one: 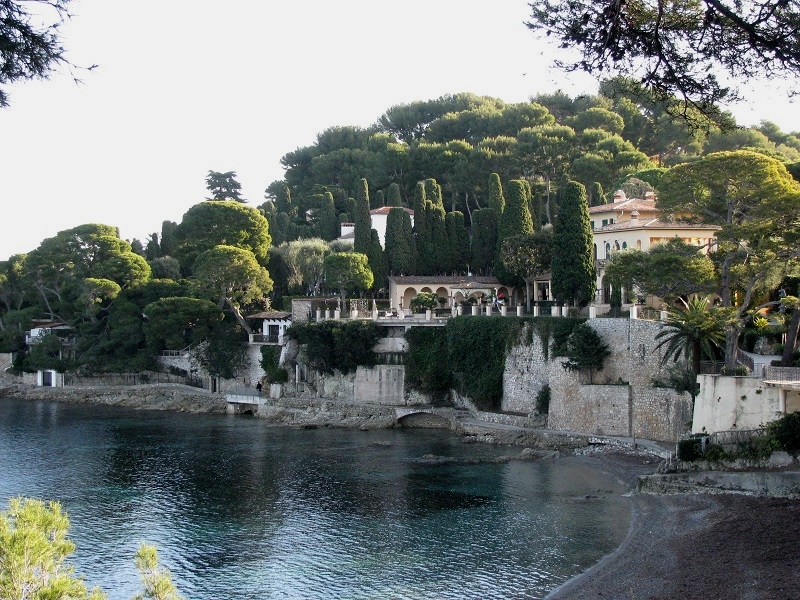 …because to buy one of those houses you’d need to win not one but three or four large $100-million+ lotteries.

No; I could live in one of the smaller places up the hill such as in Beausoleil, La Turbie or especially Juan-Le-Pins, well off the tourist areas, where prices are not even close to California levels — as long as you don’t doing a bit of renovation. But good grief, the views: 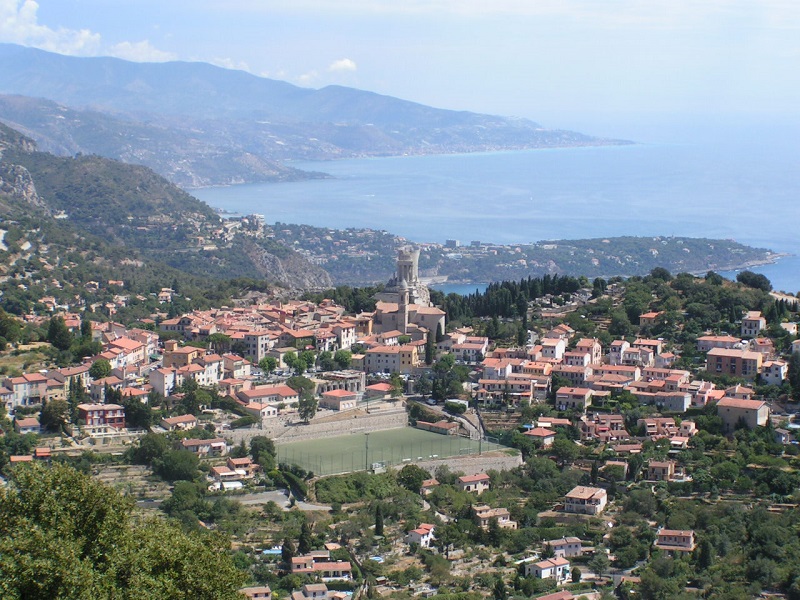 Apartment rentals are not bad: depending on the quality of the place, about $2,000 per month for a small 2-bedroom apartment (in Plano, I was renting a 1-bed for just over $1,200). Here was the view from Longtime Friend & Drummer Knob’s place in Beausoleil, just outside Monaco: 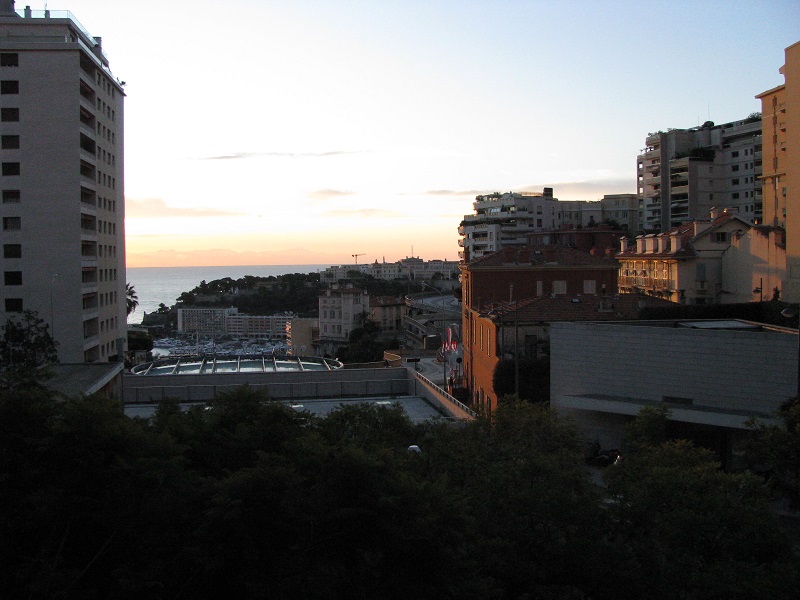 The weather is just about perfect, the food is about the same price as the U.S. (if you avoid the tourist traps along the coast) and the towns look like this: 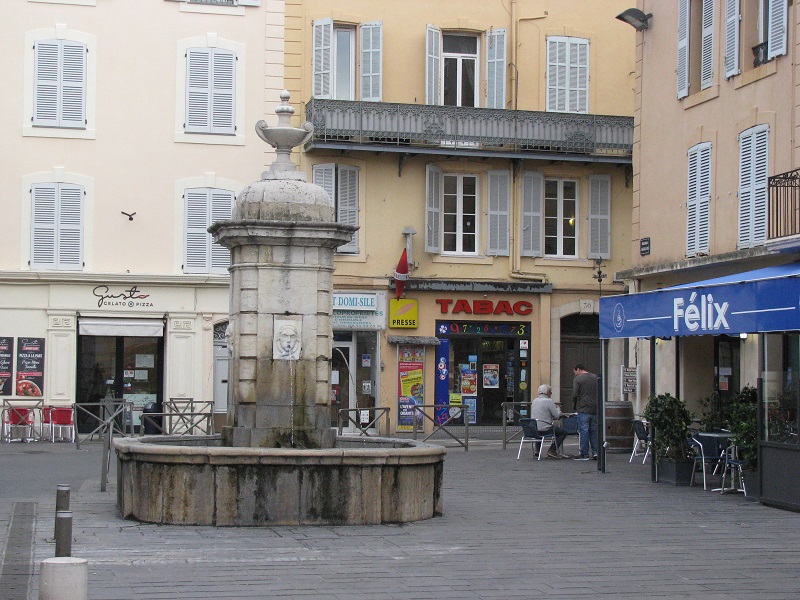 A few miles inland, by the way, are drives like this: 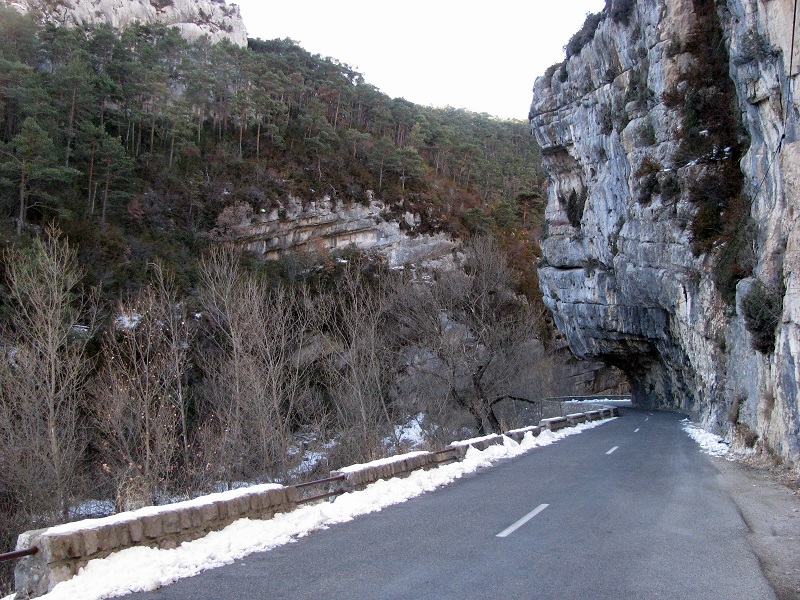 …and given the season, that’s about as ugly as it gets. Gawd knows what it’s like in summer.

I need to brush up on my French (which, by the way, is in a sad state of dilapidation after years of non-use). Amazingly, my halting Franglais (for so it has become) was met with sympathy and even friendliness — the people in the Midi do not live up to the reputation of the French as surly xenophobes; quite the opposite.

I didn’t take too many pics of my trip there, because I knew after about three hours that I would be coming back.

If you’ve never been to the south of France, you owe it to yourself to go. Start saving now; you will never regret it. (I would recommend April-May or September-October, to avoid the high season when prices and such are sky-high.)

Oh, and did I mention the food? That’s for another post. 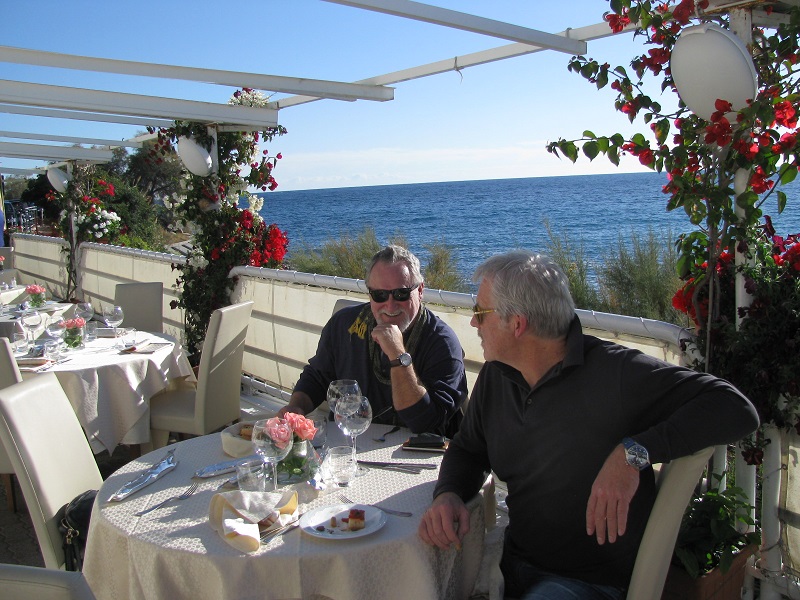