In one of his very few funny sketches, comedian Lewis Black muses on the loss of memory common among us old farts. It’s particularly emphasized when we’re discussing stuff of little consequence, i.e. show business.

“Hey, did anyone see that TV show last night? It had that actor from that other show with the blonde chick from that movie with the guy from the… oh yeah, the James Bond movie about the pipeline.”
“Oh, yeah. I saw her at the Academy Awards show last year… or maybe it was a couple years ago. What’s her name?”
“Dunno, but she’s got a great body.”
“Oh yeah.”

Among men of my vintage, we’ve all had conversations like that.

I have a theory about this memory loss business. It’s not memory loss, per se — the memories are all still there, but our brains have just relegated some to the “Stupid Shit We Don’t Really Need To Remember” file.

And the reason we do this (I think) is that our brains — or at least the memory portion thereof — are like a computer’s hard drive, with a finite amount of storage; and as we get older, the amount of available space for new memories shrinks because honestly, we’ve seen so much stuff by now that we’re trying to fit a terabyte’s worth of data into a gigabyte’s area. Small wonder we get forgetful.

When you’re a youngin, what do you have to remember? Nothing. Your mother’s face, that you hate peas, where father keeps his wallet and suchlike. As an adolescent, you need remember only a few more things: your girlfriend’s phone number, your favorite beer, where you keep your wallet, and so on.

As an old fart? Good grief. Birthdays, anniversaries, grandkids’ names, old lovers’ phone numbers, the names of the songs on Sergeant Pepper’s, your first car (all your cars, come to think of it), your first / last / most memorable sexual experiences, your boss’s name (all your bosses’ names), where you put your wallet… the list goes on and on, seemingly ad infinitum.

At some point, therefore, your brain’s CPU says “Fuck that shit. Let’s start prioritizing those memories. Girl’s name you shagged in the parking lot? Gone. The color of your third car? Outta here. The color of your date’s prom dress back in 1971? Buh-bye.” (Annoyingly, the brain will sometimes trash something important, e.g. your wedding anniversary date, but good luck using that excuse with yer Missus.)

I told you all that so that I can tell you this.

I get confused by the various celebrities / actors / famous people, especially when they have similar names, similar faces or have similar careers. I’m not talking about Nigella Lawson or Sophia Loren, who stand alone, are individually memorable and are goddesses. Let me give you a good example of what I’m talking about.

Two actresses, both blonde, both sorta Aryan / foreign-looking with unusual names, both quite beautiful and both quite successful in their careers. Here they are: 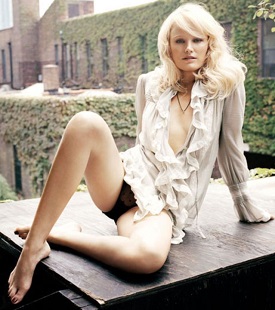 The first one was in that movie with Nicholas Cage about the stolen Constitution, the second was in that TV show with the ginger from Band Of Brothers. (You know the TV show I’m talking about; it also features the funny-looking actor who played in that movie about wine.)

But mention Diane Kruger and Malin Akerman and you’ll get a blank look from me: I wouldn’t recognize either if I bumped into them in the street, and if you asked me to tell which was which… forgeddabahtit. “Blonde chick who was in some movie or maybe it was a TV show. I think.”

It’s even worse when their names are similar. Katie Price and Katy Perry? Seriously?

I know: one’s a pop singer or something like that, while the other’s a… model? reality TV starlet? celebrity prostitute? [some redundancy] A quick online search reveals that they don’t look anything alike, but when you see a headline that reads “Katie Price Is Pregnant!”, there is no way to tell which one is going to pop a sprog without a photo or scorecard.

Which is probably a Good Thing. Our lives are too important to have to store shit like this in our cluttered brains, no matter how much this might alarm Variety magazine or the Daily Mail.

And we sure as hell don’t have to know the answer when it comes to “Which Kardashian — Kim, Khloe, Kris, Kunty or whoever — is bonking a Black dude?” (it’s a trick question: they all do, apparently).

Nevertheless, I see an occasional feature arising from this, so in weeks to come, I’ll post some more confusing doubles.

Oh, and I almost forgot; here are the two Katies: 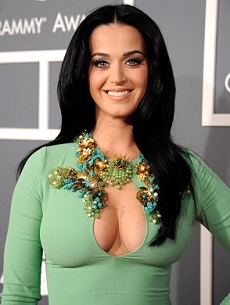 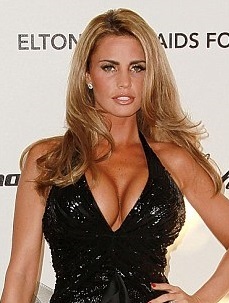 I know, they don’t look anything like each other. Doesn’t matter, I still get their names confused because quite frankly, I don’t care. I need to remember Shakespeare’s sonnets, not this bullshit.