I know, France is already well down the slope when it comes to how French men are being emasculated. But this little snippet just makes me want to laugh painfully:

Emmanuel Macron [whose picture appears in the dictionary under “pussy-whipped little fart”, see below — Kim] wants to ban men from following women and asking for their phone number under new plans to end the ‘macho’ culture in France.
The 39-year-old French President vowed to crack down on harassment on public transport and in the street when he was on the election trail earlier this year. 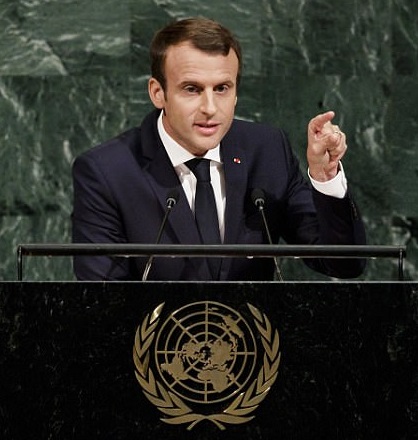 You know, the definition of a male pussy includes the clause under “Pussy Politician” which is defined as one who, when there are difficult but critical actions to be taken (e.g. dealing with radical Islam) instead decides to deal with an irrelevant political issue (like this one).

A lot of male pussies are also in thrall to their mothers, e.g. Mrs. Macron: 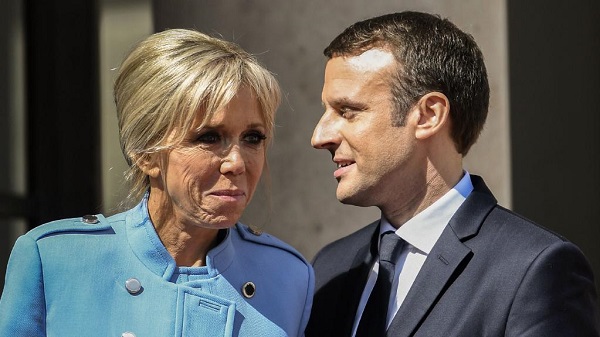 Anyway, there’s one more observation I’d like to make about about this issue:

A working party set up by, Marlene Schiappa, the under-secretary for gender equality, is now looking to produce legislation making it illegal to harass people in a public place – and this could mean outlawing wolf-whistles.

And one definition of a pussified government would be one that has pointless and stupid government posts like “under-secretary for gender equality”.

All that said, this Marlene Schiappa chick is pretty sexy: 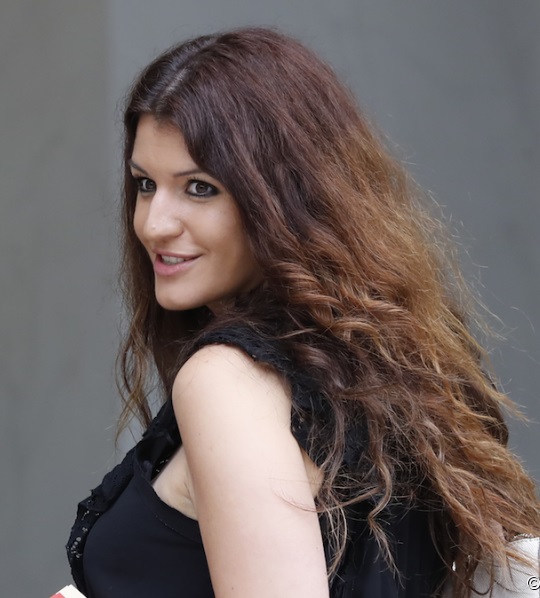