A couple years ago I stumbled upon Ukrainian pianiste extraordinaire Valentina Lisitsa, who in my opinion has changed the way classical piano is played in the modern era. Needless to say, not everyone agrees with me — too fast, too showy, too careless and OMG too commercial have been just some of the criticisms leveled at her.

I don’t care. As far as I’m concerned, she’s an indie artist — she was unable to get a decent recording contract or gig with an orchestra, so she did the unthinkable and posted videos of herself playing solo piano on [gasp!] YouTube. Through that medium she built up a following and the rest, as they say is history.

I love just about every interpretation she gives the classical composers and I think that Chopin, for one, would have loved her interpretation of his work. (Try her Flight of the Bumblebee, wherein she starts at breakneck speed and actually accelerates as the piece progresses. Likewise, her version of the Revolutionary Etude is, well, revolutionary: full of shades of darkness and light.)

But Lisitsa doesn’t seem to play favorites among the classics; as well as the Romantics (Chopin, Beethoven, etc.) she plays Bach and Mozart with equal verve and astonishing sureness — “superficial”, one critic sniffed, the idiot — and even the majestic Piano Concerto No.2  by Rachmaninoff gets the Valentina Treatment. (If you were to ask me to choose between her version and that of the equally-talented Hélène Grimaud, I’d have to shoot myself.)

I also like that Lisitsa doesn’t confine herself to the concert hall or indeed to YouTube; she’s just as likely to go out into the public and just busk away on some crappy old upright piano as in a studio on her beloved Bösendorfer 290 (the King of Pianos, never mind that Steinway marketing).

But enough of my adulation. Listen to the pieces linked, please. You will not regret it. 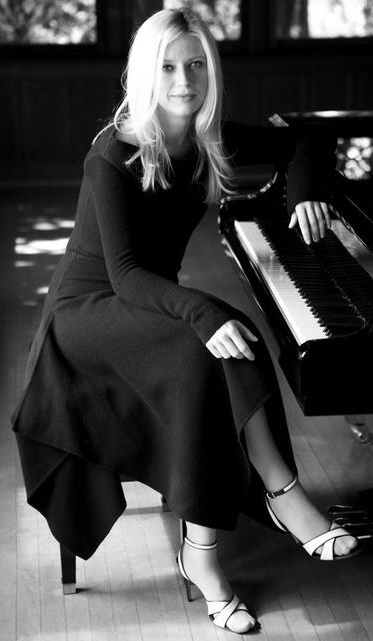 Addendum: There’s been a lot of criticism of Lisitsa’s unashamed pro-Russian (and anti-Ukrainian) views, but I don’t care about any of that. I have the same opinion about that little fiasco as I do about the perennial Serb-Croat-Bosnian-Albanian imbroglio: taken as a whole they’re all a bunch of scumbags, and I don’t actually care which one “wins” as long as they keep it local.