Time to play this game again, as many people have written to ask for it.

— enough provisions for the first five days’ travel
— a backpack containing some clothing essentials
— a winter coat, raincoat and boots
— waterproof sleeping bag
— an axe
— a couple of knives, and a small sharpening stone
— a box of 1,000 “strike anywhere” waterproof matches
— a portable water filtration system
— a set of topographic maps of North America
— binoculars and a compass
— a current U.S. Army First Aid kit
— ONE long gun (shotgun or rifle) and 300 rounds of ammo (but no scope;  and no interchangeable-barrel rifles like a Thompson Center Encore or Blaser;  drillings are acceptable, but you still only get 300 rounds of ammo, total)
— ONE handgun (and 200 rounds)
— ONE rimfire gun (either a rifle or handgun, with 500 rounds).

Oh, and one last thing:  you can’t keep your previous choices of firearm;  you must find new ones.  So in my case, for example, I can’t pick the 1896 Swedish Mauser / CZ Safari Magnum and Ruger Redhawk .357 revolver / Springfield 1911 from the last couple of times — so my own new choices for this year are below the fold.

Why not use something a little more modern?

It’s good out to 400 yards (which is about as far as I could shoot anything with iron sights), is capable of rapid fire if needed, and it ain’t gonna break.  I’d just take four 20-round mags and the rest in stripper clips. 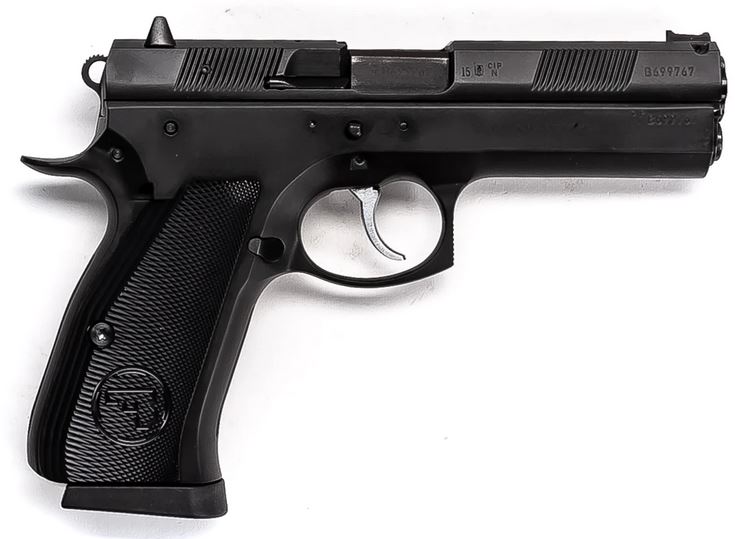 Weight is not an issue when you’re on horseback.  (And yes, I still regret selling mine, back in the day.)